Nearly 30 years ago, the court came within a vote of throwing out the 1973 Roe v. Wade decision that legalized abortion throughout the United States and returning the ability to restrict if not ban abortion to the states

We've been here before, with the fate of abortion rights throughout the United States in doubt and awaiting a decision by the Supreme Court.

Nearly 30 years ago, the court came within a vote of throwing out the 1973 Roe v. Wade decision that legalized abortion throughout the United States and returning the ability to restrict if not ban abortion to the states.

It might happen this time, after arguments Wednesday during which conservative justices suggested support for overruling Roe. The landmark decision could also emerge significantly diminished but not dead when the court decides what to do with Mississippi's 15-week ban on abortions, probably in late June. 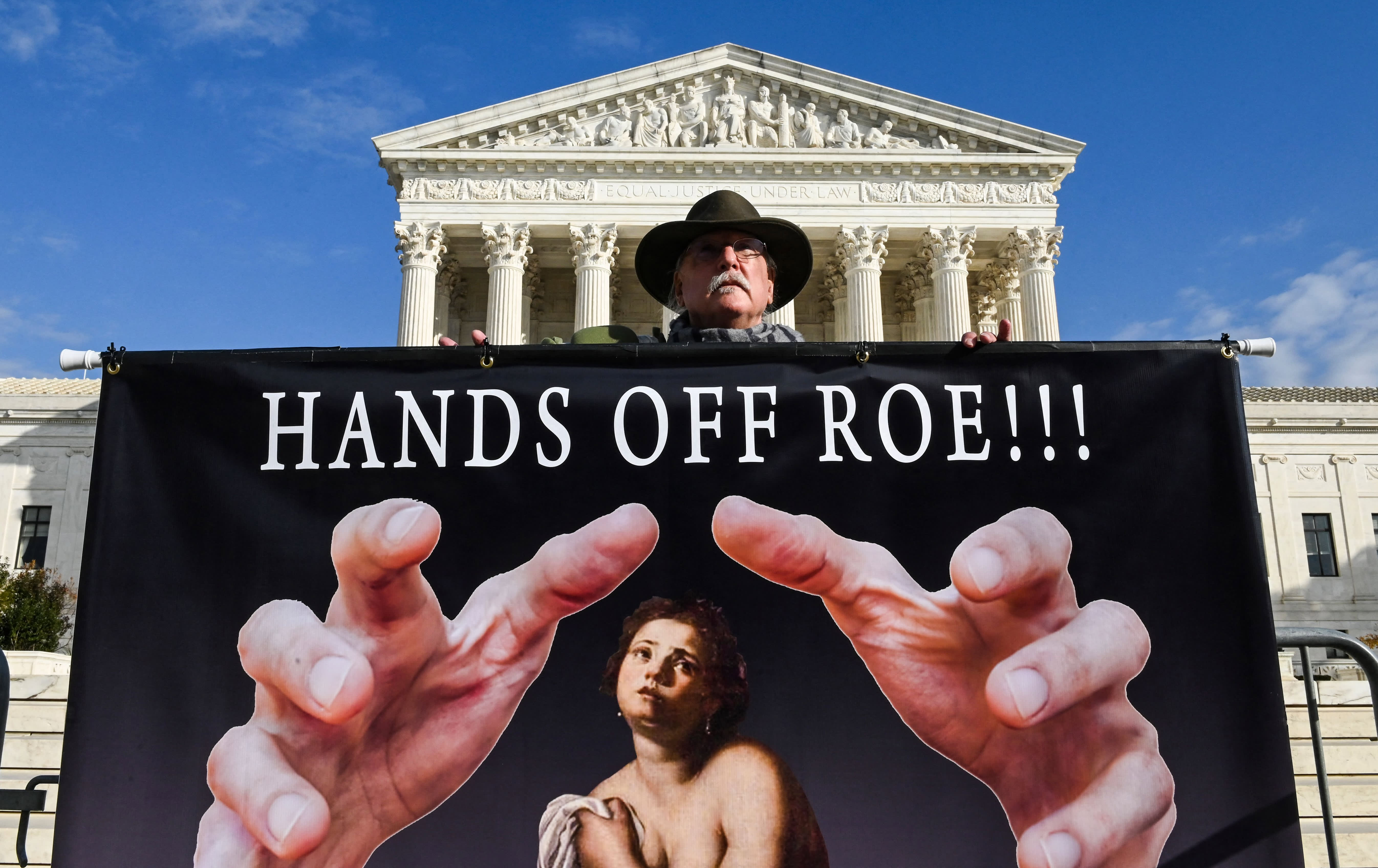 Under Chief Justice John Roberts the court has issued several rulings over the years that resolved important cases in surprising ways. Roberts' handiwork produced the opinion that saved the Affordable Care Act in 2012 by a single vote.

But the conservatives' searing defeat in 1992, when the court unexpectedly reaffirmed Roe in its decision in Planned Parenthood v. Casey, has in some ways helped produce a court that appears less likely to settle on some middle ground on abortion.

“Casey strengthened the anti-abortion movement’s and conservatives' desire to make sure there would be no more justices who looked like they would be conservative but who did not vote conservatively,” said Suzanna Sherry, a professor at Vanderbilt University's law school.

The court has changed even during Roberts' tenure, as a result of three appointees of former President Donald Trump who were vetted by an active and exacting conservative legal movement.

"If you have access to money to take a plane or take a train or go somewhere where abortion is safe and legal, you'll do that," says Kim Wehle, professor at the University of Baltimore School of Law. She says if the Supreme Court guts Roe v. Wade, "you just might not have any option but to carry a child to term," which poses a burden to anyone who can't afford child care.

Justices Neil Gorsuch, Brett Kavanaugh and Amy Coney Barrett had long conservative records as judges — or in Barrett's case, as an academic before becoming a judge. Both Gorsuch and Kavanaugh worked in the administration of George W. Bush.

And it's not just abortion. The justices seem likely to expand gun rights and religious freedom before the term ends, and the future of affirmative action in college admissions also is teed up for the court's consideration sometime in the next year.

The Roe and Casey courts had justices that are “night and day away from the judicial philosophies and approaches of the current court,” said Notre Dame law professor Sherif Girgis.

New York University law professor Melissa Murray said the new justices embrace “a kind of conservatism that does not brook compromise. It’s unyielding in its purity.”

With a 6-3 conservative majority, the court has taken on cases, including the current controversies over abortion and guns, that it passed over before all three Trump appointees came on board.

Until 2018, there were five justices who voted consistently to protect abortion rights — four liberals and Justice Anthony Kennedy, the court's swing vote.

Even when Kennedy retired and was replaced by Kavanaugh, there remained four liberal votes and Roberts, with concerns about the perception of his court as a political institution, seemed disinclined to take big steps on abortion. Indeed, he wrote the controlling opinion last year that struck down a Louisiana law regulating abortion clinics.

With the U.S. Supreme Court hearing arguments about Mississippi's abortion law and another in Texas, "there is pretty much no question that abortion rights will be cut back. The question is to what extent," says University of Miami professor Caroline Mala Corbin.

Then Justice Ruth Bader Ginsburg died in September 2020 and was replaced by Barrett just days before Trump lost his reelection bid.

If Roberts is intent on finding a way out of the Mississippi case without explicitly overruling Roe and Casey, he probably will need support from at least one of the Trump appointees.

But Girgis said it was particularly notable during Wednesday’s argument that “no one seemed interested in the chief justice’s middle ground.”

Murray agreed that Roberts appeared “all alone” Wednesday, unlikely to be able to leverage interest in concern about the court as an institution to broker some sort of compromise.

On the other hand, Sherry thought she heard the makings of a decision that would leave Roe standing but remove viability, at roughly 24 weeks of pregnancy, as the point before which states cannot ban abortion.

Such an outcome still would be a sweeping change in abortion law, Murray said, although she acknowledged it would “in some quarters be hailed as a compromise, if not a victory.”

Supreme Court arguments can offer a preview of what the justices are thinking, but they don’t always telegraph the final result. Behind the scenes the justices can spend months crafting opinions. Occasionally, as the writing progresses, votes can change.

It happened in 1992, when Kennedy joined with Justices Sandra Day O’Connor and David Souter to form a surprising Republican-appointed trio that produced the heart of the court's opinion that reaffirmed the right to an abortion, even as it allowed states more leeway in regulating them.

But just because it happened before doesn't mean it will happen this time.

“It's too quick to infer from the way these cases have gone before that this one will go the same way,” Girgis said.

States and the Department of Justice are waging court battles over the right to abortion that the Supreme Court outlined in Roe v. Wade. But in 1992, Planned Parenthood v. Casey, a key case that was less widely known, paved the way for some abortion restrictions - as long as they didn't meet the definition of an "undue burden." With help from Florida State law professor Mary Ziegler, we break it down in this LXplanation.
Copyright AP - Associated Press