The case may open the door to discrimination of other groups

The Supreme Court is being warned about the potentially dire consequences of a case next week involving a Christian graphic artist who objects to designing wedding websites for same-sex couples.

Rule for the designer and the justices will expose not only same-sex couples but also Black people, immigrants, Jews, Muslims and others to discrimination, liberal groups say.

Rule against her and the justices will force artists — from painters and photographers to writers and musicians — to do work that is against their faith, conservative groups argue.

Both sides have described for the court what lawyers sometimes call “a parade of horribles” that could result if the ruling doesn't go their way.

The case marks the second time in five years that the Supreme Court has confronted the issue of a business owner who says their religion prevents them from creating works for a gay wedding. This time, most experts expect that the court now dominated 6-3 by conservatives and particularly sympathetic to religious plaintiffs will side with Lorie Smith, the Denver-area designer in the case.

But the American Civil Liberties Union, in a brief filed with the court, was among those that called Smith’s argument “carte blanche to discriminate whenever a business’s product or service could be characterized as ‘expressive,’” a category of businesses that could range from “luggage to linens to landscaping.” Those businesses, they said, could announce, “We Do Not Serve Blacks, Gays, or Muslims.”

Smith's attorneys at the Arizona-based Alliance Defending Freedom say that's not true. “I think it's disingenuous and false to say that a win for Lorie in this case would take us back to those times where people ... were denied access to essential goods and services based on who they were,” said ADF attorney Kellie Fiedorek, adding, “A win for Lorie here would never permit such conduct, like some of the hypotheticals that they're raising.” 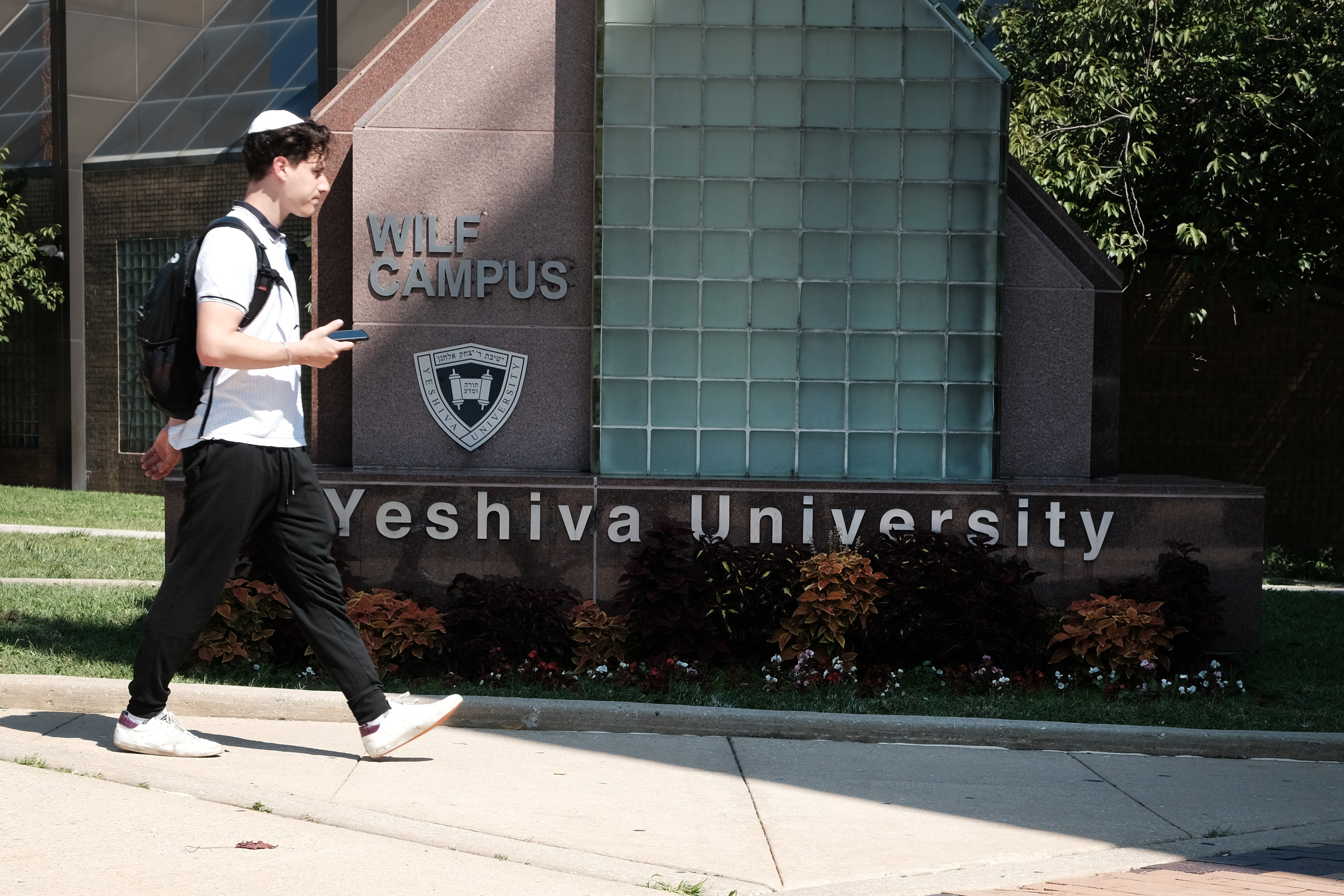 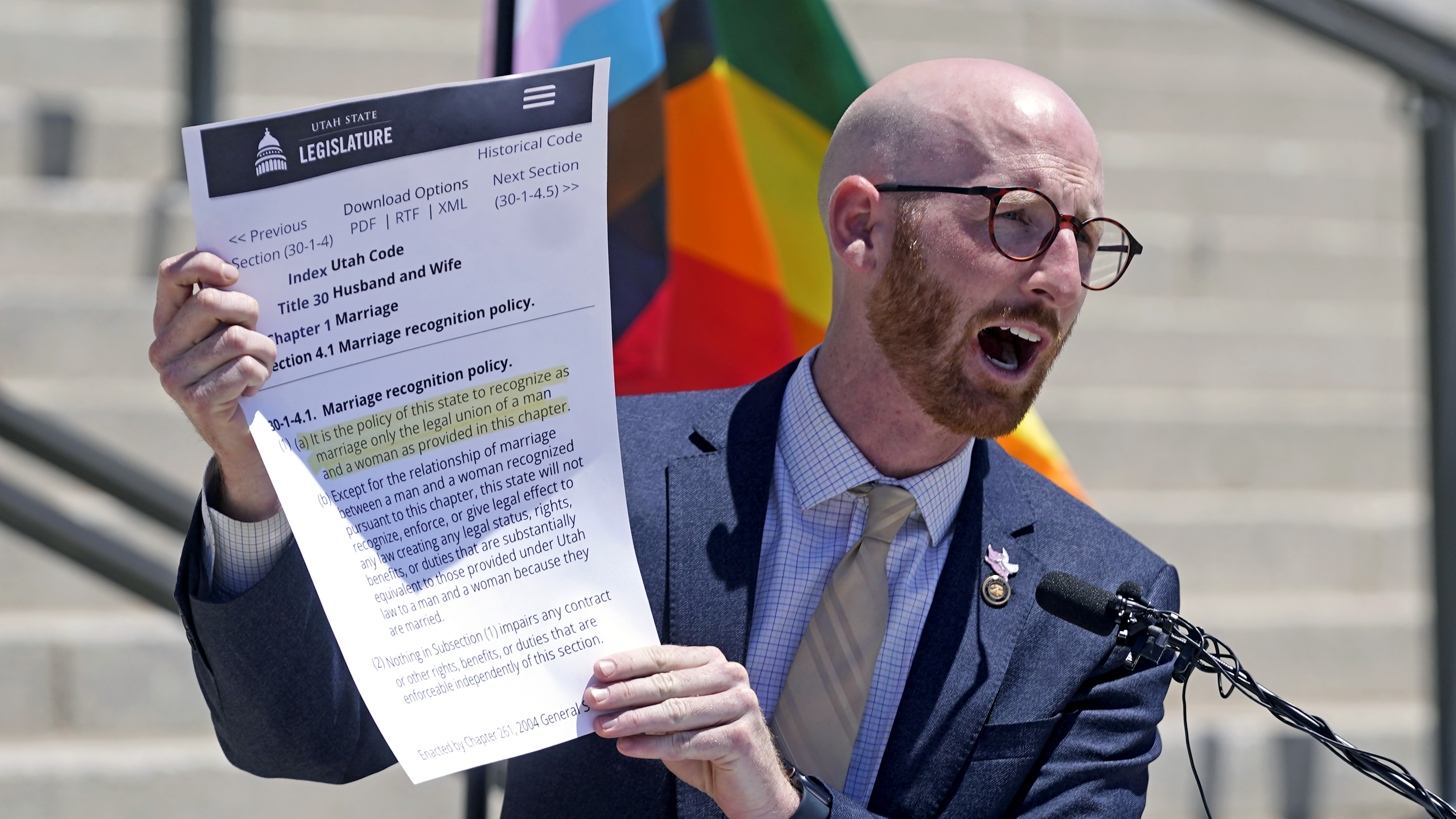 Smith's case follows that of Colorado baker Jack Phillips, who objected to creating a wedding cake for a gay couple. The couple sued, but the case ended with a limited decision. Phillips’ lawyer, Kristen Waggoner, is back before the high court Monday arguing for Smith.

Smith wants to begin offering wedding websites, but she says her Christian faith prevents her from creating websites celebrating same-sex marriages. That could get her in trouble with state law. Colorado, like most other states, has a public accommodation law that says if Smith offers wedding websites to the public, she must provide them to all customers. Businesses that violate the law can be fined, among other things.

Smith, for her part, says Colorado's law violates the Constitution's First Amendment by forcing her to express a message with which she disagrees.

Among Smith's other opponents are the Biden administration and 20 mostly Democratic-leaning states including California, New York and Pennsylvania. The states told the court in one of 75 legal briefs filed by outside groups in the case that accepting Smith's arguments would allow for widespread discrimination.

Those race-based examples could get particular attention on a court with two Black justices, Clarence Thomas and Ketanji Brown Jackson, who are married to white spouses and another justice, Amy Coney Barrett, who has two adopted children who are Black. But the states gave an example involving a person's national origin too. “A tattoo studio could ink American flag tattoos on customers born in the United States while refusing to sell identical tattoos to immigrants,” they said.

Brianne Gorod of the Constitutional Accountability Center, representing a group of law professors, hypothesized other examples of what could happen if Smith succeeds at the high court.

“A web designer could refuse to create a web page celebrating a female CEO’s retirement — violating Colorado’s prohibition on sex discrimination — if he believed all women have a duty to stay home and raise children. Similarly, a furniture-maker — who considers his furniture pieces to be artistically expressive — could refuse to serve an interracial couple if he believed that interracial couples should not share a home together. Or an architect could refuse to design a home for an interfaith couple," she told the court.

A survey by the Trevor Project found that 2/3 of LGBTQ youth say current and proposed state policies have had a negative impact on their mental health. As the school year starts back for many students this month, LGBTQ students, face many challenges. Keygan Miller, the public training manager at the Trevor Project joins LX News to discuss these challenges and how schools and teachers can help.

Smith's supporters, however, among them 20 mostly Republican-leaning states, say ruling against her has negative consequences, too. A lawyer for the CatholicVote.org education fund told the court that if the lower court ruling stands and Smith loses, “a Jewish choreographer will have to stage a dramatic Easter performance, a Catholic singer will be required to perform at a marriage of two divorcees, and a Muslim who operates an advertising agency will be unable to refuse to create a campaign for a liquor company.”

The Jewish Coalition for Religious Liberty put it differently, telling the court that a Jewish baker could have to fulfill the request of a Neo-Nazi who wants a cake saying “Happy November 9th!” — a reference to Kristallnacht, the night in 1938 when Nazis burned synagogues and vandalized Jewish businesses throughout Germany and Austria.

Alan B. Morrison, a constitutional law expert at Georgetown University, underscored that Smith doesn't currently do wedding websites, making the case particularly speculative and, he says, problematic. Still, Morrison chuckled at some of the hypothetical scenarios both sides came up with, suggesting they are “a bit overblown.”

The examples, he said, are “the kind of thing a law professor would think of."