"I was like, 'Dear God, somebody is targeting me?'"

A New Hampshire woman is speaking out after getting a letter in the mail threatening to burn her house down if President Donald Trump doesn't concede the election.

And it turns out she's not alone: a total of five people in the area got the same letter.

Two weeks after having a Trump 2020 flag stolen off her Milford property, the woman, who only wants to go by her first name, Kelly, said that she received another, more aggressive attack.

"I was very surprised, I was very put off. I was like, 'Dear God, somebody is targeting me?'" Kelly said.

According to police, her grand display of support for the president is why she got an intimidating letter in her mailbox. Her home is decorated in Trump 2020 flags and sign.

Tonight’s the night for the final presidential debate before the election, and many Massachusetts voters hope it’s not a repeat of President Donald Trump and Joe Biden yelling and talking over each other like it was during the first debate.

Police say she's one of three Trump supporters in Milford who received the same trifold note, along with two in nearby Brookline. The letter threatened to burn down their homes if the president doesn't concede the election, and blames them for starting a so-called "civil war."

"You're attacking my home, my family. You're threatening me with burning down my house. Those are things that don't sit easy in the hearts of Americans," Kelly said.

The FBI, U.S. Postal Service and Milford Police Department are all working to figure out who is responsible. 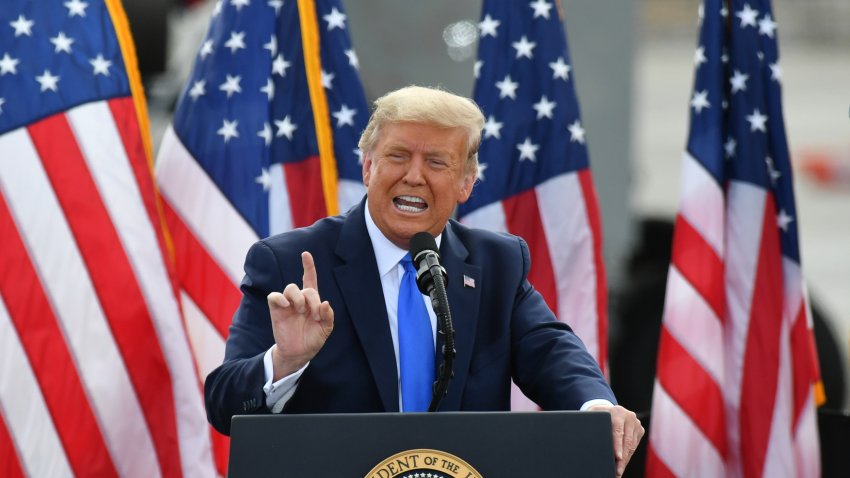 But Kelly is convinced it's only going to get worse, worried the real target is Trump.

"I'm more concerned about the day after the election," she said. "Because [the letter] said, if he didn't concede, they'll take it out on us, but what will you do to him?"

The notes were postmarked in Manchester, New Hampshire, but authorities say that doesn't necessarily mean that's where they came from. Police say the person or people responsible could be facing at least seven years behind bars for felony criminal threating.

Kelly said she is putting up surveillance cameras on her property and is thankful for the extra police patrols on her street.