Air Force Lt. Gen. Sami Said found that better communication between those making the strike decision and other support personnel might have raised more doubts about the bombing, but in the end may not have prevented it

An independent Pentagon review has concluded that the U.S. drone strike that killed innocent Kabul civilians and children in the final days of the Afghanistan war was not caused by misconduct or negligence, and it doesn't recommend any disciplinary action.

The review, done by Air Force Lt. Gen. Sami Said, found there were breakdowns in communication and in the process of identifying and confirming the target of the bombing. Said concluded that the mistaken strike happened despite prudent measures to prevent civilian deaths.

“I found that given the information they had and the analysis that they did — I understand they reached the wrong conclusion, but ... was it reasonable to conclude what they concluded based on what they had? It was not unreasonable. It just turned out to be incorrect,” Said said. He is the inspector general of the Air Force and is considered independent as he had no direct connection to Afghanistan operations.

His review said the drone strike must be considered in the context of the moment, as U.S. forces under stress were being flooded by information about threats to troops and civilians at the Kabul airport, just days after a deadly suicide bombing. Thousands of Afghans were swarming the airport, trying to get out of the country following the Taliban takeover. 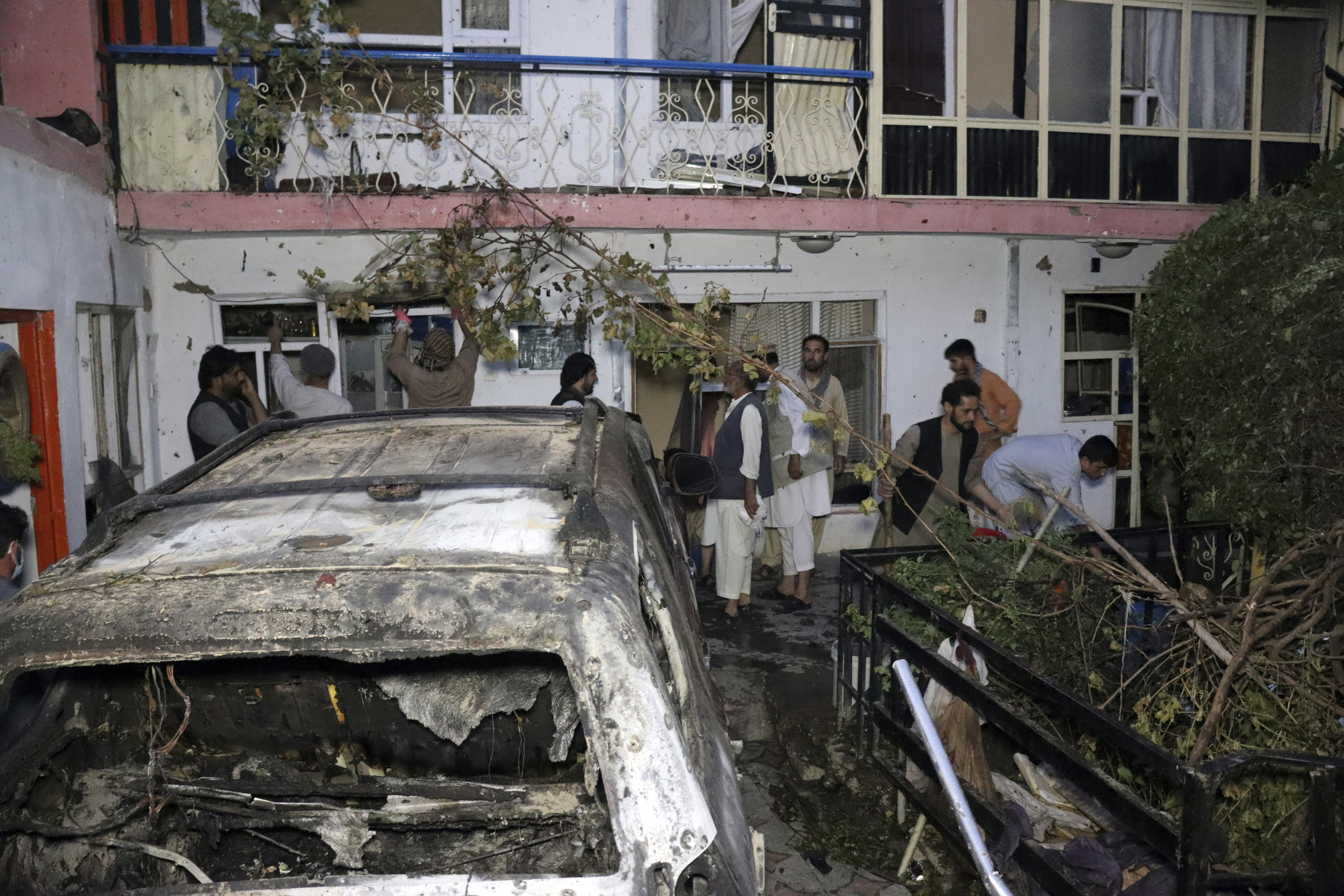 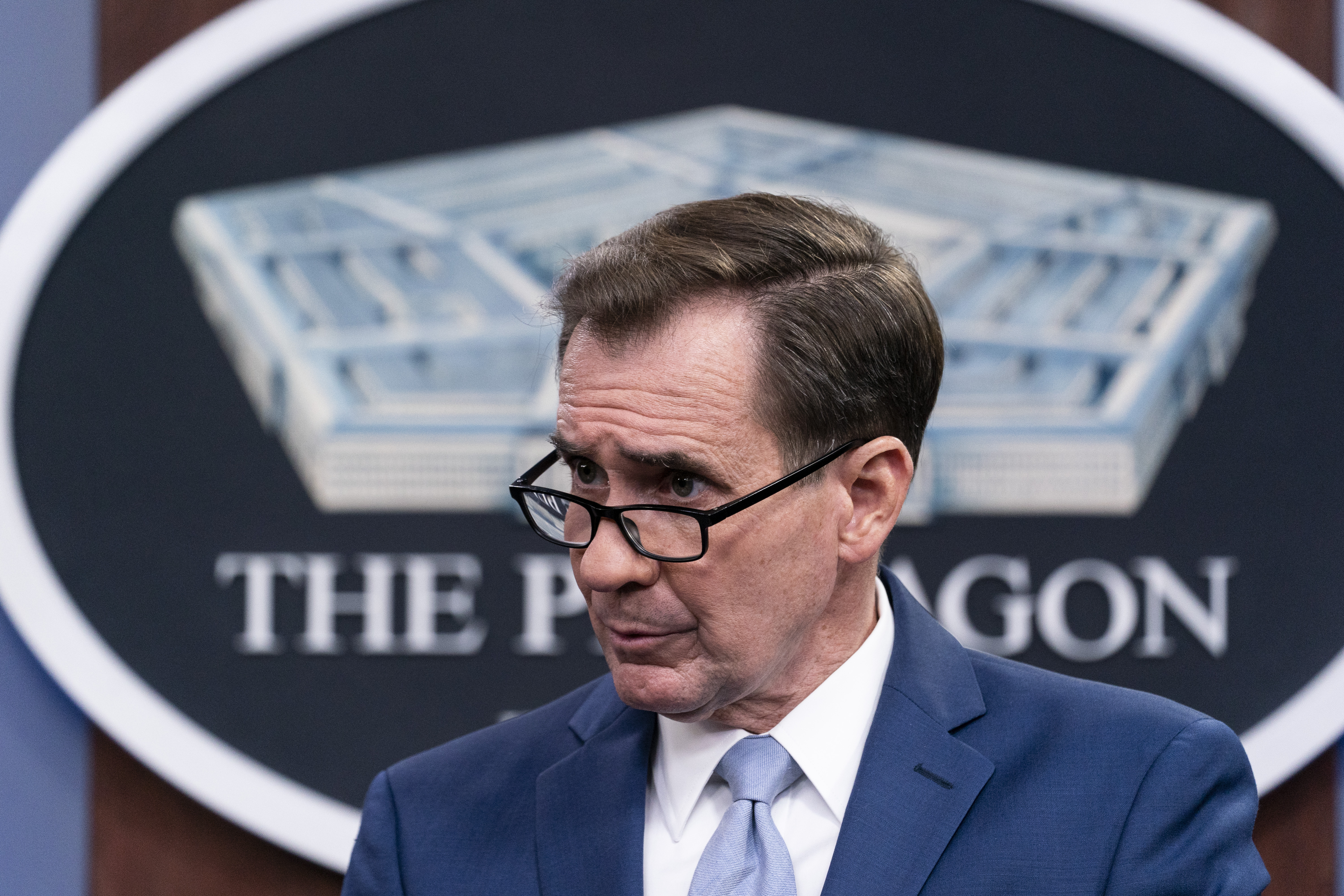 Officials: Iran Behind Drone Attack on US Base in Syria

Said found that better communication between those making the strike decision and other support personnel might have raised more doubts about the bombing, but in the end may not have prevented it.

Said was asked to investigate the Aug. 29 drone strike on a white Toyota Corolla sedan, which killed Zemerai Ahmadi and nine family members, including seven children. Ahmadi, 37, was a longtime employee of an American humanitarian organization.

The intelligence about the car and its potential threat came just days after an Islamic State suicide bomber killed 13 U.S. troops and 169 Afghans at a Kabul airport gate. The U.S. was working to evacuate thousands of Americans, Afghans and other allies in the wake of the collapse of the country's government.

Said concluded that U.S. forces genuinely believed that the car they were following was an imminent threat and that they needed to strike it before it got closer to the airport.

U.S. officials were aware the Abbey Gate at Hamid Karzai International Airport in Kabul could be targeted. But the gate was kept open to allow British personnel time to evacuate - then a suicide bomber struck Thursday. Politico reporter Lara Seligman talks about her reporting on that bombing and U.S. drone strikes in retaliation, which killed several civilians. Plus, we ask her about the future of the U.S. and Taliban relations.

He said repeated reviews of the video from that day showed that two minutes before the strike was launched, there was evidence that a child was in the strike zone.

Said, who said he watched the video himself, said troops in the strike cell did not see the child.

“I’m just saying it is 100% not obvious," he said. "You have to be like, no kidding, looking for it. But when you’re looking for it, certainly after the fact, if you ask me, was there evidence of the presence? Yes, there was.”

Steven Kwon, president of Nutrition and Education International, which employed Ahmadi, said he was deeply disappointed in the review.

“According to the Inspector General, there was a mistake but no one acted wrongly, and I’m left wondering, how can that be?” Kwon said in a statement. "Clearly, good military intentions are not enough when the outcome is 10 precious Afghan civilian lives lost and reputations ruined.”

The report, which has been endorsed by Defense Secretary Lloyd Austin, made several recommendations that have been passed on to commanders at U.S. Central Command and U.S. Special Operations Command. The review recommends that more be done to prevent what military officials call “confirmation bias” — the idea that troops making the strike decision were too quick to conclude that what they were seeing aligned with the intelligence and confirmed their conclusion to bomb what turned out to be the wrong car.

Specifically, the review said the military should have personnel present with a strike team, and their job should be to actively question such conclusions. The report says using a so-called “red-team" in such self-defense strikes that are being done quickly might help avoid errors.

Said also recommended that the military improve its procedures to ensure that children and other innocent civilians are not present before launching a time-sensitive strike.

Those changes, he said, could “go a long way to greatly mitigate the risk of this happening again” in these types of rapidly moving, self-defense strikes.

For days after the strike, Pentagon officials asserted that it had been conducted correctly, despite mounting reports that multiple civilians and children had died and growing doubts that the car contained explosives. Said's review concluded that officials made their initial assessments too quickly and did not do enough analysis.

While Said’s report does not find individual fault or recommend discipline, he said commanders may decide to take administrative actions once they review his report. He said commanders may look at the report and determine that there was “subpar performance" and decide to decredential, retrain or fire personnel.

“You should not perceive the fact that I didn’t call any individual out with accountability that it does not mean that the chain of command won’t,” he said.

The U.S. is working to pay financial reparations to the family, and potentially get them out of Afghanistan, but nothing has been finalized.

A second defense official said Austin has asked that Gen. Frank McKenzie, head of U.S. Central Command, and Gen. Richard Clarke, head of U.S. Special Operations Command, come back to him with recommendations for changes to address the gaps.

Said's review mirrors many of the findings outlined by McKenzie several weeks after the investigation.

The Central Command review found that U.S. forces tracked the car for about eight hours and launched the strike in an “earnest belief” — based on a standard of “reasonable certainty” — that it posed an imminent threat to American troops at Kabul airport. The car was believed to have been carrying explosives in its trunk.

The airstrike was the last in a U.S. war that ended just days later, as the final American troops flew out of Kabul airport, leaving the Taliban in power.