With a Hug, Feinstein Draws Liberal Critics at Court Hearing

Calls for her ouster from Democratic leadership were swift, unequivocal and relentless

It was the hug that may define — or doom — a long Senate career.

“This has been one of the best set of hearings that I’ve participated in,” Feinstein said at the Senate Judiciary Committee.

Calls for her ouster from Democratic leadership were swift, unequivocal and relentless.

The Senate will vote on the confirmation of Judge Amy Coney Barrett for the Supreme Court on Oct. 22, 2020.

“It’s time for Sen. Feinstein to step down from her leadership position on the Senate Judiciary Committee,” said Brian Fallon, the executive director of Demand Justice, which opposes conservative nominees to the courts. “If she won’t, her colleagues need to intervene.”

Eli Zupnick, the spokesman for Fix Our Senate, said: “Senator Feinstein is absolutely wrong about what is happening in the Senate and in her Committee."

He said in his statement that Republicans are trying to “jam" Barrett's nomination through the Senate and it “should not be treated as a legitimate confirmation process.”

The response was not a knee-jerk reaction to an off-the-cuff moment between two longtime senators, but a slow-burning frustration among leading liberal advocates that the panel's top Democrat is no longer the right fit for the job.

Despite saying the process is “excruciating,” Judge Amy Coney Barrett explained her motivation to push through the Supreme Court confirmation process, saying, “I do think that the rule of law and the importance in the United States, the role of the Supreme Court is important. It’s a great good. It would be difficult for anybody in this seat.”

Trump has been able to install more than 200 judges on the federal bench and is now poised to seat his third justice on the Supreme Court.

Barrett is being rushed to confirmation before the Nov. 3 election to replace the late liberal icon Justice Ruth Bader Ginsburg, a shift locking in a 6-3 conservative court majority for years to come. Rulings on abortion, gay marriage, health care and others are in sight.

Fallon said in a statement that Democrats can no longer be led on the Judiciary panel by someone who treats "the Republican theft of a Supreme Court seat with kid gloves.”

Feinstein, 87, has been taking it from all sides during Barrett's nomination process.

At the time, Feinstein said Barrett's opposition to abortion must be rooted in her religion and questioned if it would influence her rulings on the bench, saying the “dogma lives loudly in you."

It became a rallying point this week for Republicans defending Barrett's faith, so much so that Graham praised the judge as an “unashamedly pro-life” nominee who could be a role model to other conservative women. 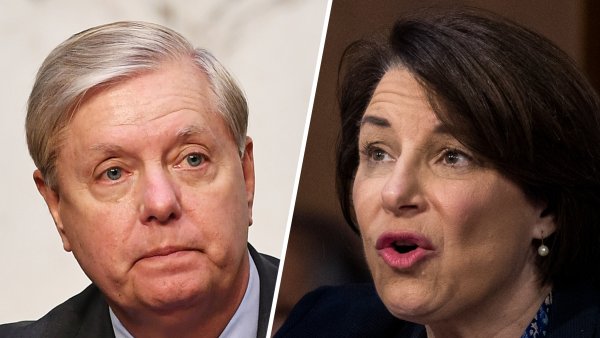 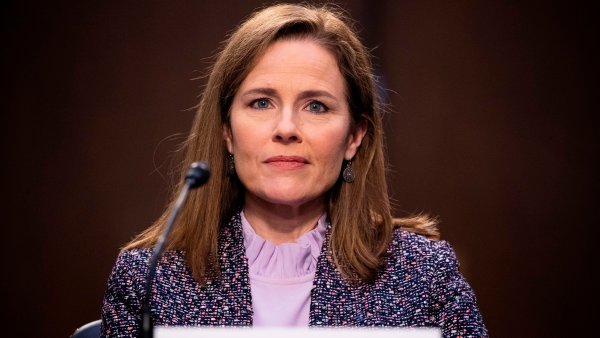 Feinstein avoided the trap and was careful during her questioning of Barrett not to probe her faith. Democrats were determined to avoid a repeat of the 2017 hearing.

But as other Democratic senators seized the spotlight, utilizing the four days of hearings to lob attacks against Trump and his court nominee, Feinstein often took a more diplomatic approach. At one point she declared herself “impressed” with Barrett's handling of questions. Eyes rolled.

Still, despite the complaints, Democrats have Feinstein to thank for a few key moments during the process.

It was Feinstein who drew a notable non-answer from Barrett when asked if she agreed with the late conservative Justice Antonin Scalia, her mentor, that the Voting Rights Act "perpetuated racial entitlement."

Sen. Patrick Leahy, D-Vt., asked Supreme Court Nominee Amy Coney Barrett for her view on if a president can pardon themself. Judge Barrett refused to offer an opinion on the matter, but did agree with Leahy’s assertion that “no one is above the law.”

And Barrett gave Feinstein a similar no comment when asked if she agreed with other conservatives who argue that Medicare, the senior health care program, is unconstitutional.

“Judiciary Committee Democrats had one goal this week: to show what’s at stake under a 6-3 conservative Supreme Court — and we did that,” Feinstein said. “We showed that Judge Barrett has a long history of opposing the Affordable Care Act and Roe v. Wade and represents the vote to overturn both.”

But those moments may be forgotten for the one that is now being remembered — all the more notable because it happened during the COVID-19 crisis, with neither senator wearing a mask. It was the hug.