The most immediate step Healey pledged is to appoint a "transportation safety chief," who would be tasked with "a full safety review of our rail and bus operations, and roads and bridges, including for cyclists and pedestrians"

With a federal investigation casting a shadow over the MBTA, likely Democratic gubernatorial nominee Maura Healey announced Tuesday she would overhaul the T's leadership and target both short- and long-term reforms to the state's transportation network.

Healey rolled out a lengthy transportation plan, calling hazards across the system "unacceptable" and the "first challenge she will take on" if elected to the corner office in November.

"Our economy functions best when our public transportation system is safe and reliable, our roads and bridges are well maintained, and every region of Massachusetts has access to affordable transportation options," Healey said in a statement alongside publication of her more than 3,000-word plan. "Our current transit challenges should be a call to action. My plan will urgently address the failings at the MBTA, expand rail and buses across our state, and continue to fix our roads and bridges. This will drive economic growth, create good-paying jobs, and support residents and businesses."

The most immediate step Healey pledged is to appoint a "transportation safety chief," who would be tasked with "a full safety review of our rail and bus operations, and roads and bridges, including for cyclists and pedestrians." Healey's campaign said that work would complement the ongoing Federal Transit Administration probe of problems at the MBTA.

Once that audit is complete, Healey said she would order the MBTA to create new "clear, quantifiable performance metrics" for each mode and publish information regularly about its progress.

Healey also indicated that she would more or less clean house at the MBTA and install her own leadership team.

Massachusetts democrats held their convention this past weekend at the DCU Center in Worcester where Attorney General Maura Healey won an overwhelming endorsement for governor, further cementing her frontrunner status in a primary race against state Senator Sonia Chang-Diaz.

Her plan says she would appoint a new general manager -- likely confirming that current T General Manager Steve Poftak's time leading the agency would come to an end if the Democrat wins -- and two deputy GMs focused on operations and capital planning. Arguing that the MBTA Board of Directors "requires more authority to be able to intervene and make tough decisions," Healey said she would prioritize appointing members "who have demonstrated experience in transit, safety, organizational management, customer service, and crisis communication."

She also pledged to prioritize hiring and training MBTA safety workers and personnel for the T's operations control center, where an FTA warning about a stretched-too-thin workforce prompted the agency to slash service on the Red, Blue and Orange Lines.

"Many of the safety and reliability challenges the Commonwealth is experiencing are due to delayed project delivery, including many of the state's most transformative projects, such as the Charlie Card system update and new Red and Orange Line cars," Healey's plan reads. "Maura will order a review of project delivery for all existing projects in the pipeline to spend state and federal dollars more wisely and to determine how the state can deliver projects faster, cheaper, and safer across the Commonwealth."

The state is urging the around 100,000 people who take the MBTA Orange Line every day post-pandemic, to find an alternative commuting method other than driving.

On the rider-facing end, Healey's plan declares that she "commits to implementing low-income fares" -- an idea the MBTA has been studying but not implemented on a wide scale -- "and unlimited bus transfers, as well as outlining a pathway to fare free buses throughout the Commonwealth."

By 2040, Healey's plan calls for implementing an expanded regional rail model on the commuter rail network with more service throughout the day rather than focus primarily on rush hours.

That might not involve current commuter rail operator Keolis, or might keep Keolis in the mix in a different capacity: in her document, Healey said the future expiration of Keolis's contract "provides a new opportunity to think through how the procurement process and the next contract can move the Commonwealth forward on regional rail."

A contract extension MBTA officials approved in 2020 will keep Keolis running the commuter rail network through June 30, 2025 or June 30, 2026, depending on when the T opts to end the relationship. 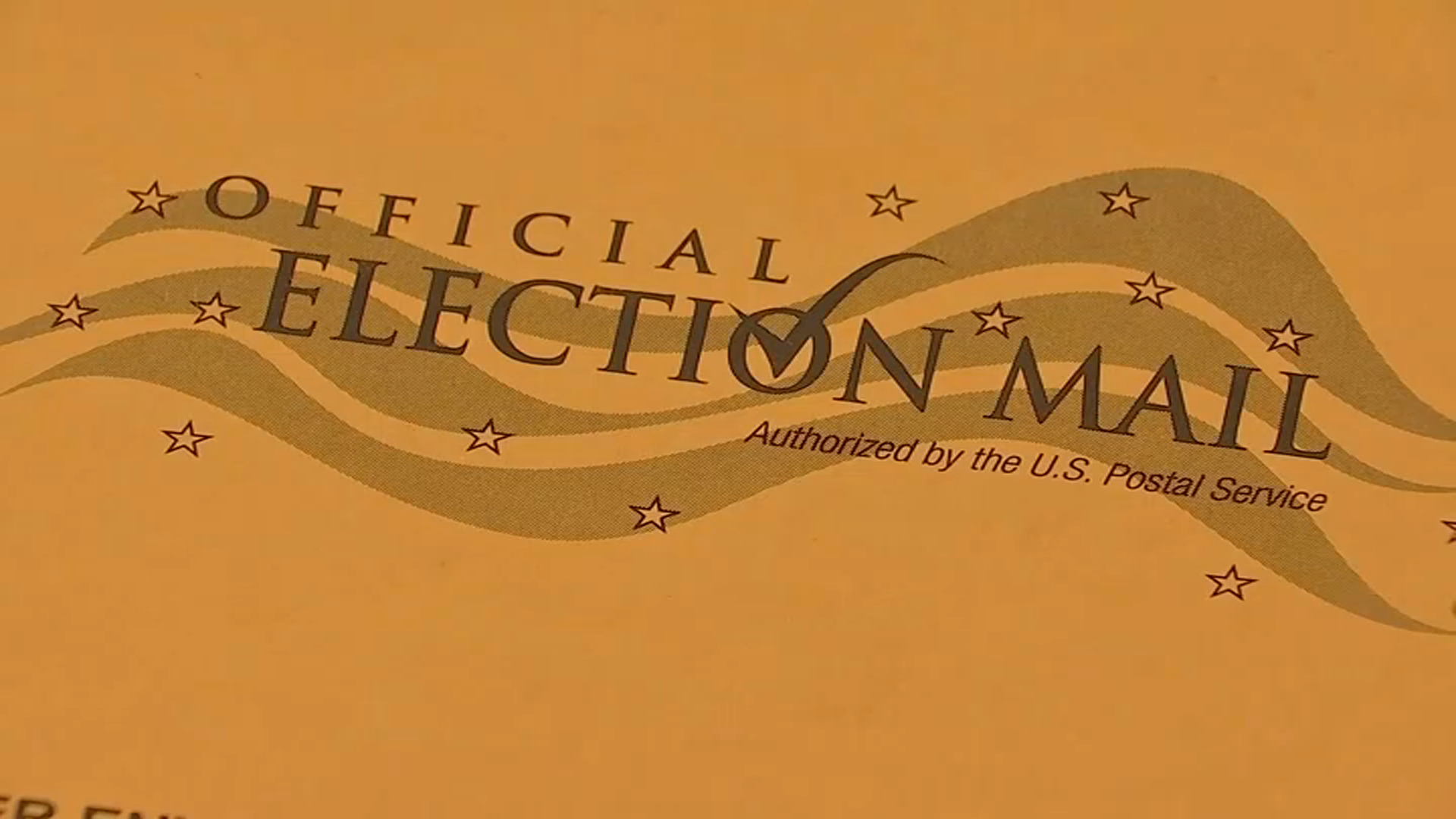 Who's Still Running for Governor in Massachusetts? 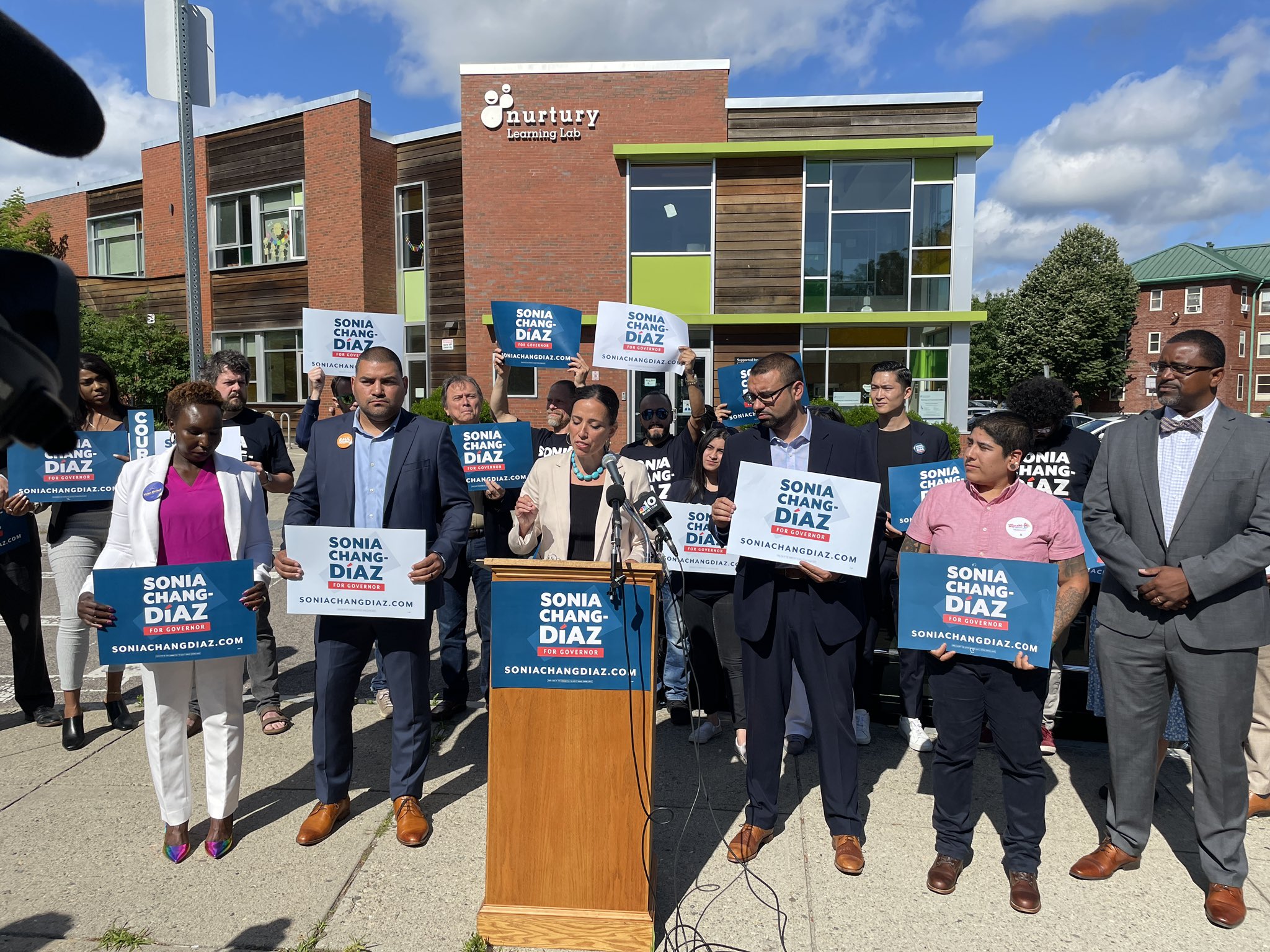 Healey's plan looks beyond the embattled MBTA, too, calling for increasing bus frequency and weekend rides through the state's 15 regional transit authorities, appointing a director within MassDOT to focus on a western Massachusetts passenger rail expansion, and creating a pipeline for transportation workers alongside vocational technical schools and community colleges.

While Sen. Sonia Chang-Díaz is also on the Democratic ballot in the Sept. 6 primary election, she ended her campaign on June 23 and shifted her focus to supporting down-ballot candidates.

Healey is in line to face off in November against either former Rep. Geoff Diehl or businessman Chris Doughty on the Republican side.

Doughty also calls for some MBTA reforms, including third-party safety audits and additional hiring for the T's operations control center, in a platform outlined on his campaign website.

Diehl's site does not feature a similar T-specific plan, though he has called for expansion of transit options in western Massachusetts and voiced support for the East-West Rail project.