After 30 Months, the Boston Marathon's Back, With a Rolling Start, Masks, Leaf Peeping

The Boston Marathon returns Monday for the first time since the coronavirus outbreak, with many changes afoot -- including the first time the race is being held in the fall

It all starts here.

No, not in Hopkinton, where the Boston Marathon field crosses the starting line painted across Main Street, headed for the Back Bay. But 26.2 miles away, steps from the Copley Square finish, where runners will have to clear coronavirus protocols before their journey can begin.

In the same medical tent where the athletes seek post-race refuge for pulled muscles, dehydration and more, they will have to prove they are vaccinated or pass a COVID-19 test. That's how they get the wristband they need to pick up their bib number that will get them on a bus that will take them to the start in Hopkinton.

"This year, with a pandemic, everything is different," Boston Athletic Association President Tom Grilk said at a news conference ahead of the delayed, canceled and delayed again 125th edition of the world's longest-running long run. "It's Boston Marathon weekend again. It's been a while."

There's a buzz in the air on Boylston Street hours before the 125th running of the Boston Marathon — the first time the race will be run in the fall.

Thirty months -- more than 900 days -- after Lawrence Cherono and Worknesh Degefa broke the tape to win in 2019, the Boston Marathon returns Monday for the first time since the coronavirus outbreak. Last year's race was postponed until September and then called off for the first time in its history; this year's was moved from Patriots Day in the hopes that the pandemic would abate — leading to the first fall Boston Marathon ever.

9 Great Photos From the 2019 Boston Marathon

See the latest forecast for the 2021 Boston Marathon here.

It's one of many changes afoot for Linden and her fellow runners.

In addition to the vaccine verification, they will be required to wear masks indoors in Boston and on the buses out to the Hopkinton start. When they get there, there will be no crowded athlete's village where they can grab a granola bar and stretch while waiting to start; they have been instructed to get off the bus and go, with electronic chips recording their start time.

Another social distancing accommodation: The field will be about one-third smaller, about 18,000 runners instead of more than 30,000, though nearly 30,000 people were running the marathon virtually, including Sean Fallon.

"I am just so psyched to be here, I just can't believe I did it," he said Sunday, after finishing his race.

The in-person crowd is also more American, with many of those from countries with strict quarantine rules unable to attend. (To wit: There are four Australian residents running, compared to 276 in 2019.)

Another 29,000 of those squeezed out by the size limit will be running the race virtually, an option that never existed before the pandemic canceled the 2020 edition. (There are 222 Aussies and 1,639 from Hong Kong signed up for that.)

The crowds in the eight cities and towns along the course also are expected to be smaller as fans also attempt to social distance. And Wellesley College students have been told to skip the traditional good luck kisses for the runners as they pass the school, near the halfway mark.

On the other hand, some of the changes may be welcome.

The Boston Marathon is Monday, the first time the iconic race is taking place in the fall. Hannah Donnelly looks at the controversy surrounding the crossover with Indigenous People's Day, how Heartbreak Hill got its name, and who to watch for Monday when the gun goes off, including someone close to Hannah's heart.

The quick shuffle at the start will spare the runners the long wait — often hours of standing around — before they are herded into corrals for their starting wave to be called. The rolling start also will spread things out on the course, giving them more room to run.

The finishers medals are bigger — and golden — to commemorate the 125th edition of the race. There will be different colors in the trees, as well: Instead of the springtime daffodils planted along the course since the 2013 bombing, runners will see the reds, oranges and yellows of the changing foliage.

And the Red Sox, who traditionally play a marathon-day matinee at Fenway Park, right near the "1 Mile To Go" marker in Kenmore Square, have obliged by reaching the baseball playoffs. By luck of the schedule, they will be home on Monday against the Tampa Bay Rays in Game 4 of the AL Division Series (though at night).

"I know it's different, but things happen for a reason, right?" Red Sox manager Alex Cora said. "If it's special early in the year, I think Monday — with us playing in a playoff game and obviously what's going on during the day — I can't even imagine the feelings of the people here."

Fresh off their Wild Card game victory that eliminated the Yankees, the Red Sox set their sights on the 100-win Tampa Bay Rays

Rays manager Kevin Cash, who played for the Red Sox for parts of three seasons, also noticed the buzz when he arrived in Boston this weekend. "The city has certainly got a lot of life going right now," he said.

There was a constant flow of people on Boylston Street checking out the finish line Sunday as well.

"On a typical marathon, there is a buzz. This is a buzz times 20," said Dave McGillivray, the B.A.A.'s race director.

So, Grilk was asked, any chance the B.A.A. might decide they like the fall better and go for a permanent switch? 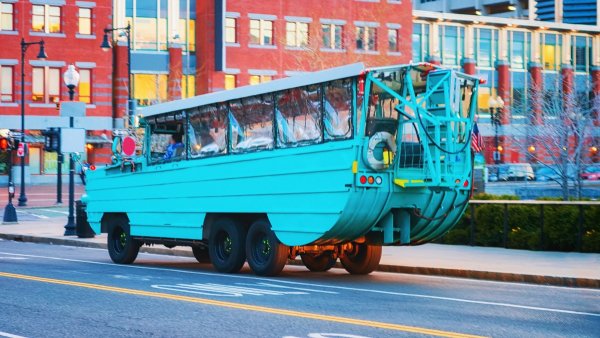 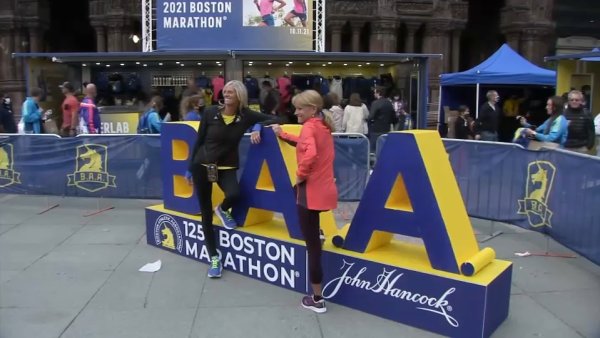