Team USA's Elana Meyers Taylor has overcome many challenges throughout her 15-year bobsled career. But in what might be the most impressive feat of these Games, the 37-year-old mother of a toddler overcame COVID-19 and won Olympic silver.

Meyers Taylor was ecstatic as she won her fourth Olympic medal under clear-blue skies and surrounded by thick snow at the "Flying Snow Dragon" track. She elicited cheers among the loudest the venue has heard.

She was supposed to carry the U.S. flag in the Opening Ceremony nearly two weeks ago, but she tested positive for COVID-19 shortly after arriving. Meyers Taylor, husband Nic, and son Nico were placed into isolation until getting the all-clear on Feb. 9.

"Two days ago, I said to my coach Brian Shimer, I sat on one of the containers and said, 'I don't even know if I should do this right now.'"

Meyers Taylor says she's inspired by her son Nico, who was diagnosed with Down syndrome, as well as profound bilateral sensorineural hearing loss. She took the 2019-20 World Cup season off to care for her son, who was born a month before the pandemic.

"He's with me in and out of the sled all the time, he's my heart. And he's part of the reason I was motivated to come back to bobsled," she said.

With her fourth medal, Meyers Taylor became the most-decorated U.S. bobsledder. She is tied with her gold-winning teammate Kaillie Humphries for most overall, but three of Humphries' were for Canada.

That put her ahead of her American mentor and friend Steve Holcomb, regarded by some as the best bobsled pilot of his generation. He died in May 2017. 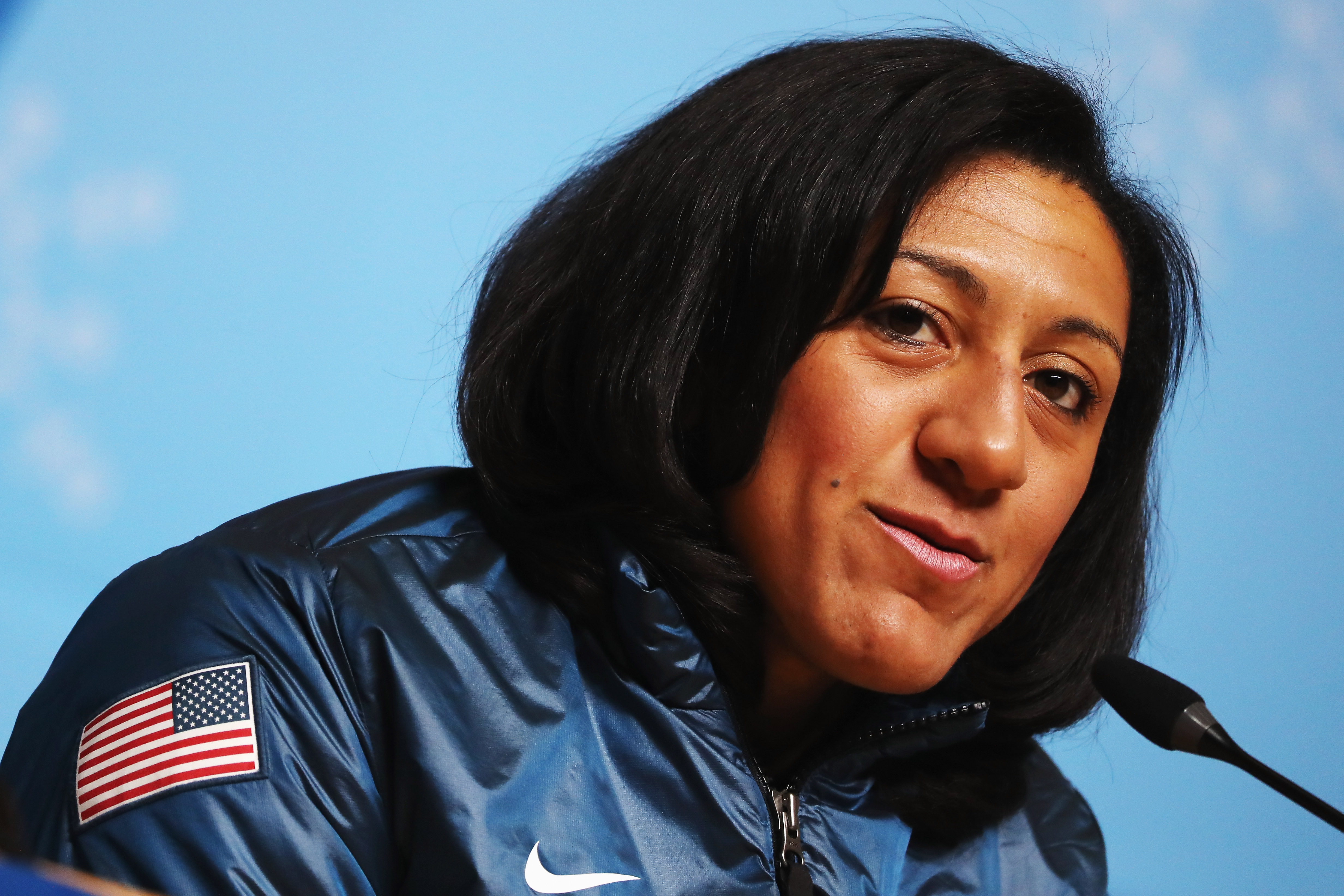 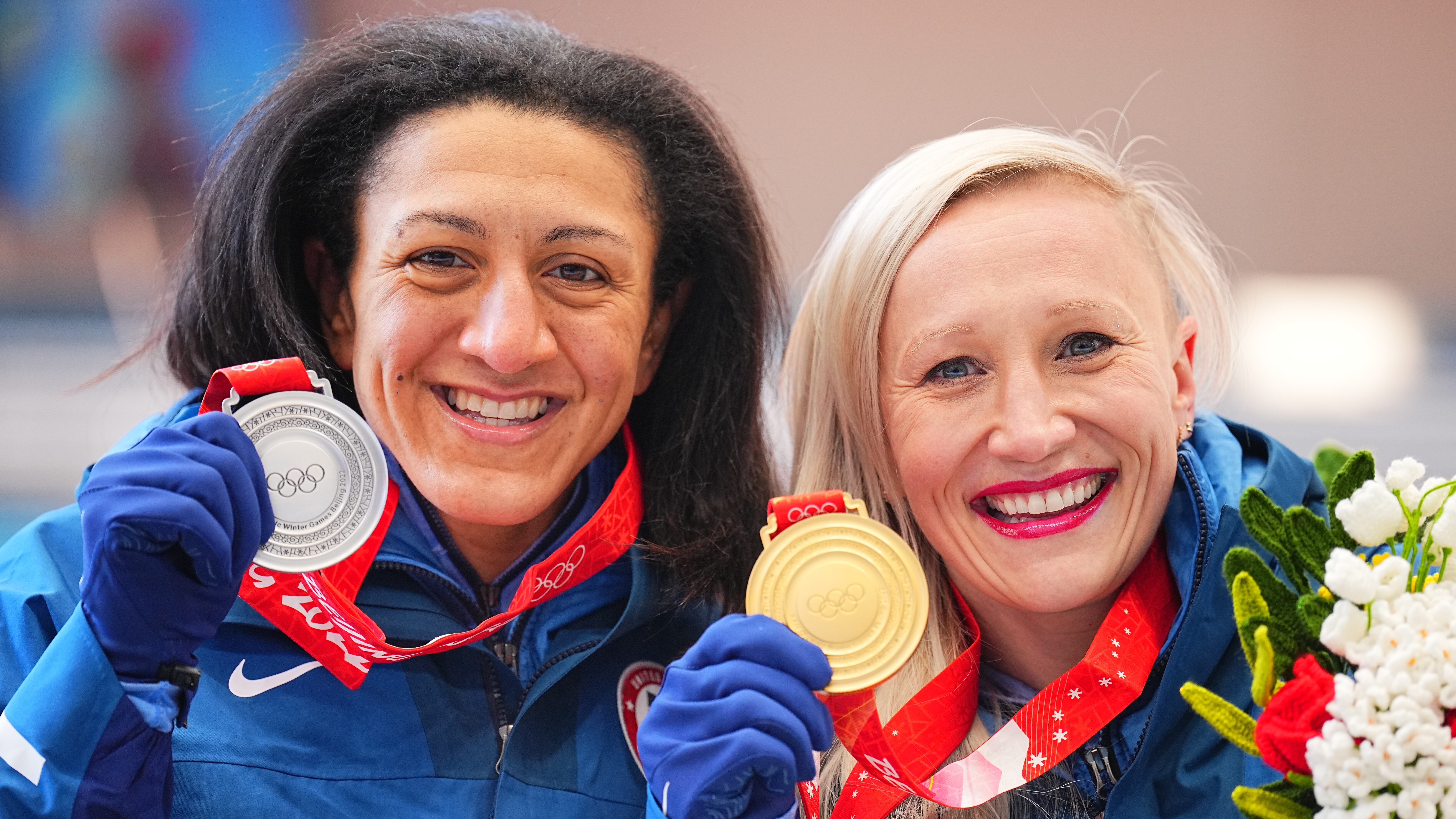 "It's bittersweet, because I would have loved to see Holcomb win another one in 2018. And I know he would have," she said.

"He's part of the reason I'm here to begin with. He guided me through most of my career ... To be in that kind of company is just incredible."

Meyers Taylor's celebrations will be brief, as she now must train for the two-woman bobsled event that starts on Friday. She says the race will likely be the last race of her career.

"I know now the Germans are going to be very angry, they were crushing us on the World Cup circuit. So it's going to come down to being precise and figuring out this track."

While it will be hard, Meyers Taylor will make the most of it to cap off a glittering career.

"All things must come to an end, and I've had an incredible journey. And if it is my last race, I'm going to enjoy the heck out of it."