The accused players include All-American punter Matt Araiza, whose play earned him the nickname "Punt God" and a draft selection by the Buffalo Bills

The defendants include All-American punter Matt Araiza, whose play earned him the nickname "Punt God" and a draft selection by the Buffalo Bills of the NFL this summer. The remaining players are identified in the complaint as Zavier Leonard and Nowlin "Pa'a" Ewaliko.

In the complaint, Araiza is accused of having sex with the then-17-year-old girl outside of the party before bringing her inside, where she was allegedly gang raped. The complaint also states the teen told Araiza she was a high school student.

Araiza "could observe that [the teen] was heavily intoxicated" and handed her a drink that she did not see him pour, according to the complaint. "Upon information and belief, this drink not only contained alcohol, but other intoxicating substances," the complaint added.

The teen was allegedly led into a room that Leonard, Ewaliko and at least one other person were already in. She went in and out of consciousness as the men raped her, but she remembered seeing what appeared to be the light of a cell phone in her peripheral vision, as if someone was recording a video, according to the complaint. 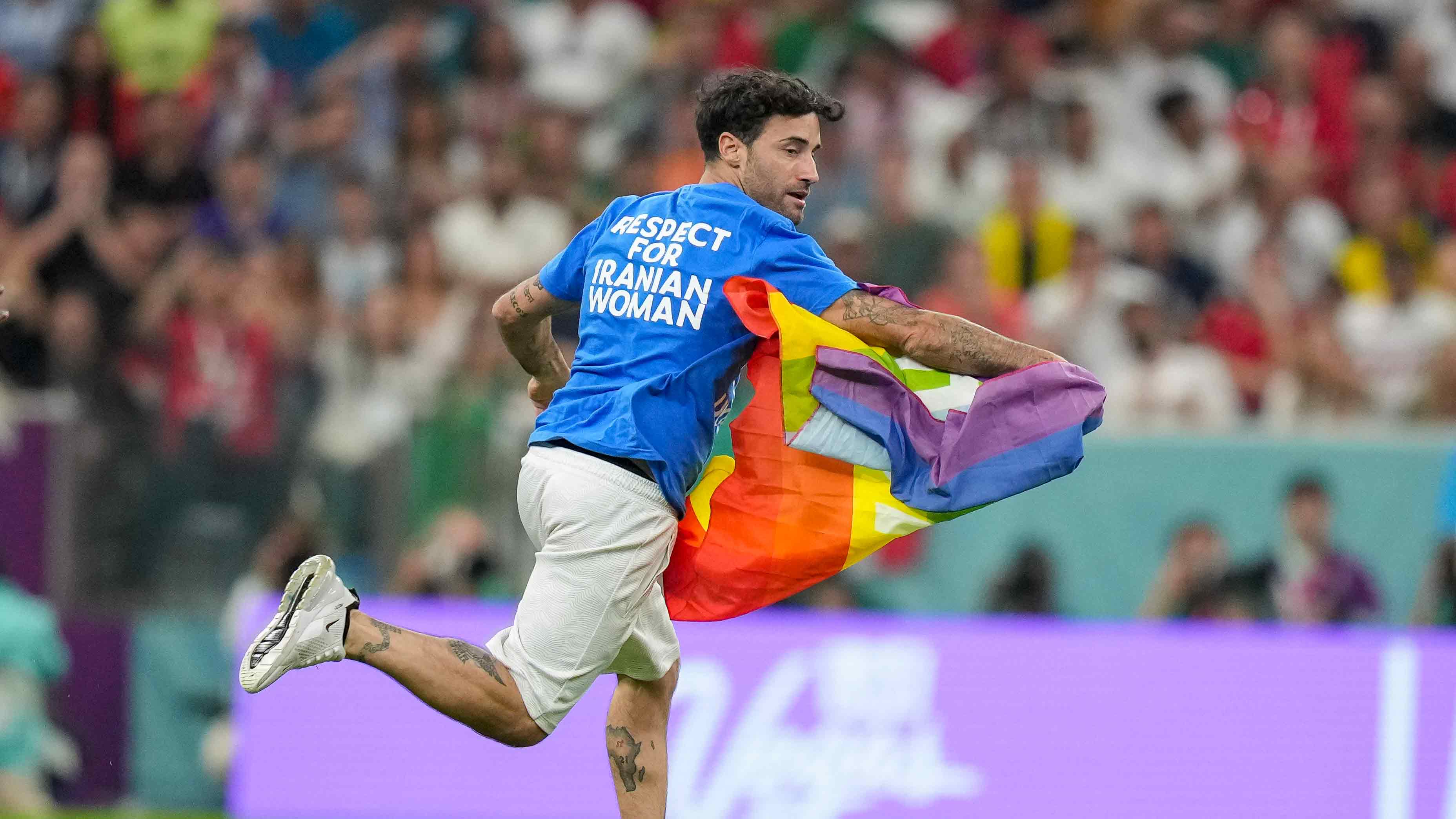 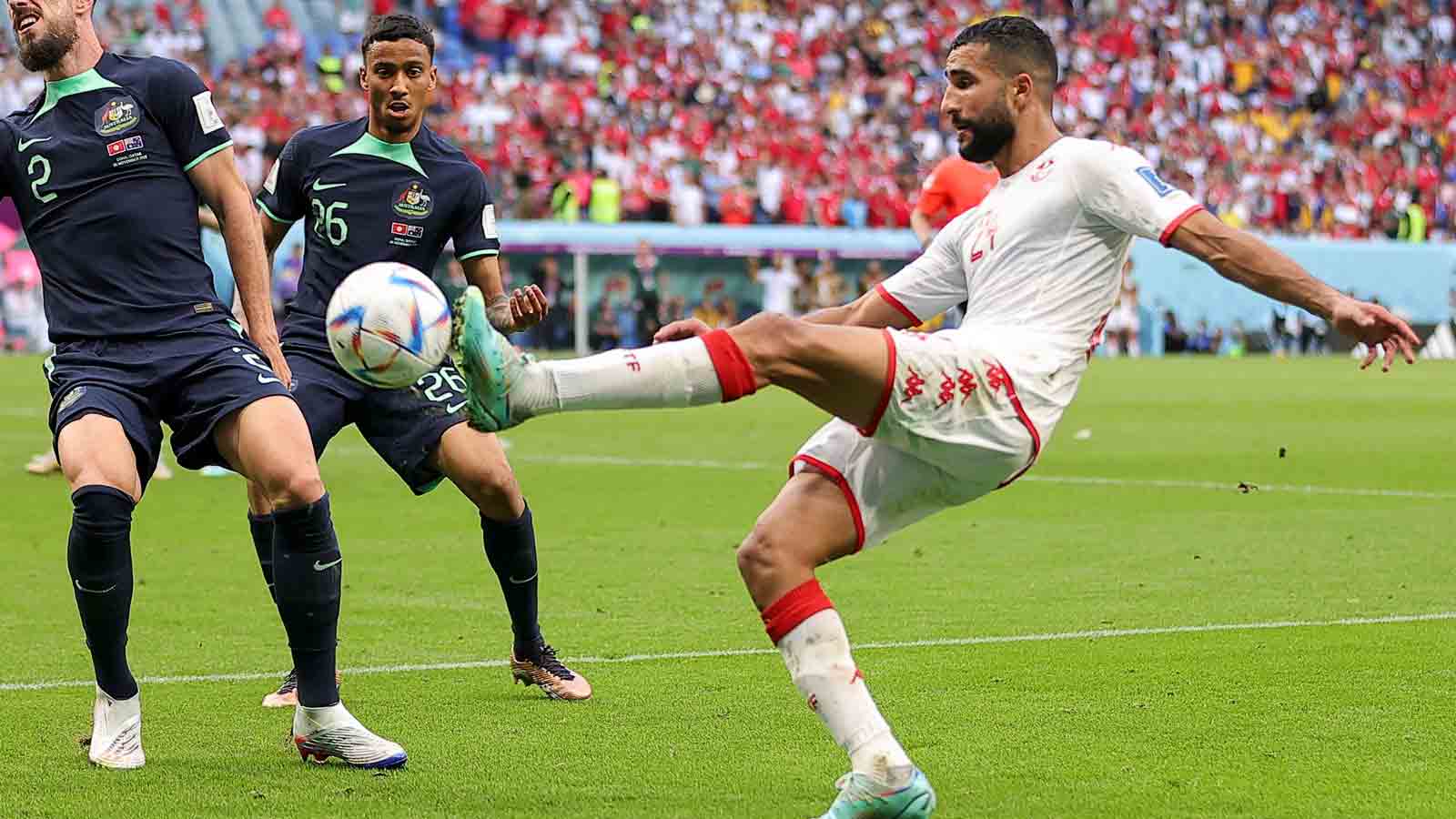 How to Watch Tunisia vs. France in 2022 World Cup Group D Match

The alleged rape lasted for about an hour-and-a-half and ended when the party was shut down, the complaint said. The teen, who has since turned 18, reported the alleged incident to SDPD the next day.

The father of the accuser is now demanding accountability and justice for his daughter. NBC 7's Artie Ojeda has the story.

"One of them admitted it," Gilleon said. "He was apologetic. I don’t know why he hasn’t been arrested. He was saying, 'You should get tested for chlamydia' and 'We hooked up and you should get a pregnancy test.'"

The San Diego Police Department closed its criminal investigation of the alleged incident in early August without detailing what, if anything, was discovered. No arrests have been made and a spokesperson for the San Diego County District Attorney's Office on Thursday siad SDPD's investigation is under review.

"There is no timeline for how long it will take," the representative said.

"The university takes allegations of sexual assault seriously. As this involves an active university investigation, and given laws governing privacy (FERPA), the university is not able to provide specific details regarding its investigation. However, SDSU’s independent investigative process remains active and is ongoing following California State University systemwide policy: CSU Policy Prohibiting Discrimination, Harassment, Sexual Misconduct, Sexual Exploitation, Dating Violence, Domestic Violence, Stalking, and Retaliation (Nondiscrimination Policy). If a student is found to be in violation of the student code of conduct, as the result of a thorough investigation, disciplinary action includes but is not limited to suspension, dismissal or expulsion."

The complaint details so-called pretext calls and messages the teen made to the accused players under the guidance and coaching of SDPD investigators. Police coached the teen to bring up concerns about STDs and rumors about her sleeping with football players as reasons for her calls.

On October 27, investigators coached the teen as she messaged Ewaliko, asking for Araiza's number and other questions, like, "What happened with me and Matt? Did we have sex?" according to the complaint.

Ewaliko's attorney sent NBC 7 the following statement: “At present, the District Attorney is reviewing the case and no criminal charges have been filed. The civil lawsuit has no bearing on the potential criminal case.”

On a call with Araiza the next day, Araiza allegedly confirmed he had sex with the teen, according to the complaint, and told the teen he had tested positive for chlamydia and suggested she get tested.

"To cement the criminal case against Araiza, the detectives asked [Jane] Doe to ask again, 'And did we have actual sex?'" the complaint reads. "The detectives knew that asking such a direct question like this might raise red flags for Araiza, which they tried to manage by telling Doe to ask the question 'When you can bring it up again.' As expected, however, when Doe asked the awkward question, Araiza immediately changed his tone, saying, 'This is Matt Araiza. I don't remember anything that happened that night,' at which time he terminated the pretext call by hanging up on Doe."

NBC 7 has also reached out the Buffalo Bills who said that "due to the serious nature of the complaint, we conducted a thorough examination of this matter. As this is an ongoing civil case, we will have no other comment at this point.”

The NFL said they were were aware of the matter but declined to comment.

Araiza won the Ray Guy Award, given every year to college football's best punter, in his last season at SDSU. He graduated from Rancho Bernardo High School in 2017.

Gilleon released the statement before speaking with NBC 7:

"This was a horrific crime, the kind of which happens all too often. What makes these crimes different is not only that they were committed by self-entitled athletes. Just as awful as the crimes, for months, multiple organizations--SDSU, the San Diego Police Department, the San Diego District Attorney, and now the Buffalo Bills--have acted the part of enablers looking the other way in denial that my client deserves justice even if the defendants are prized athletes."

SDSU has been criticized for the time its taken to launch their own investigation into the alleged rape, but the university says they held of on an investigation following a request from San Diego police.

“SDPD requested on Oct. 19, 2021, and in subsequent letters that SDSU — including UPD and the Title IX office — not take any action that could compromise SDPD’s criminal investigation, including launching a university-led investigation,” a university spokesperson told NBC 7 in an email.

On July 22, SDPD gave SDSU the green light to begin its investigation, according to the school.

“From the moment we learned of the alleged assault, our only interest has been in justice and legal accountability for anyone who violated the law,” wrote de la Torre. “As I have stated before: No one is above the law, and anyone found to have violated the law and university policy should suffer the consequences.”

SDSU has launched an investigation into the alleged rape of a 17-year-old girl by five football players. NBC 7's Nicole Gomez explains why the school is now investigating the October 2021 case.

The teen's father told NBC 7 the university's investigation felt to him like "a public relations move."

“I think it sounds more like a PR, CYA situation from the university than it does an actual intent to try and discover something that they could have found out 9 or 10 months ago,” he said.

The father has asked not to be identified, in part, to protect his daughter.

He feels, at the very least, the university should have notified students of the alleged incident.

“They should have done it from the get-go, in my opinion," he said. "To hear them just defer 100% to the San Diego Police Department for such a long time, until the media came out, and now all of a sudden, a good deal later, they’ve decided to open their own investigation. What happened between Day 3 and 9-10 months later that made it OK?"

“I think that it is incumbent on the university to take steps to make sure that they provide an environment where something like this can’t happen again, or at least people don’t put themselves in situations my daughter did,” he added.

The university said it informed the father of how it was proceeding with the case.

“Importantly, SDSU complied with the wishes of the alleged victim and with SDPD’s request not to compromise its investigation,” a university representative told NBC 7 in an email.

While the father said police told him the investigation could take months, he feels it dragged on much longer than anyone could have reasonably expected.

“As a father, I would like to see the people that did this to my daughter held accountable," the man told NBC 7. "I don’t know what that means — I’m sure that there’s plenty of statutes and laws that dictate what that is. But I would like them to not feel like they can do it again."

“My daughter is doing well, all things considered," he added. "I think she is as well-adjusted as a recently turned 18-year-old could be, given the circumstances of what happened to her."

The father sent the following statement to NBC on Friday morning:

"After over 10 months now since the incident and report filings with the SDPD and SDSUPD and over 2 and a half months of media coverage, the SDPD hasn’t made any arrests, SDSU hasn’t made any updates on their Title IX investigation, and the DA has yet to file any criminal charges. In an effort to protect other women from this happening again, to hold those that participated accountable, and to continue the healing process and try and gain some semblance of control where she has had none, my daughter felt it was time to file civil charges. That it is incumbent upon the victim to try and find justice is disheartening, especially since our family put our faith and trust in the system for so long while the participants have been free to continue on with their normal lives."