LeBron James had a triple-double and the Los Angeles Lakers defeated the Denver Nuggets, 117-107, in Game 5 to advance to the NBA Finals.

In 2013, Indiana Pacers head coach Frank Vogel had his team one win away from reaching the NBA Finals. Instead, he was thwarted by then-Miami Heat forward LeBron James and never reached his dream of coaching in the Finals.

Seven years later, Vogel is now the head coach of the Los Angeles Lakers, and instead of staying up all night strategizing on how to stop LeBron James, he's drawing up plays for the superstar who has now become the new face of the franchise.

James recorded his 27th career triple-double and the Los Angeles Lakers defeated the Denver Nuggets, 117-107, in Game 5 to win the series 4-1, and advance to the NBA Finals.

"I don't know if I've ever witnessed a guy takeover a game the way he [LeBron James] did tonight," said Vogel. "It was remarkable. Doing what he did on the defensive end, guarding their hottest player, and then obviously taking over down the stretch tonight." 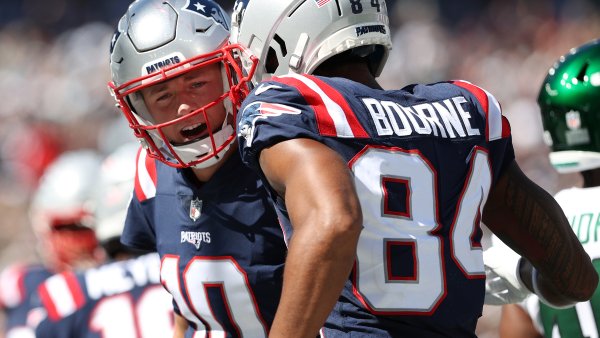 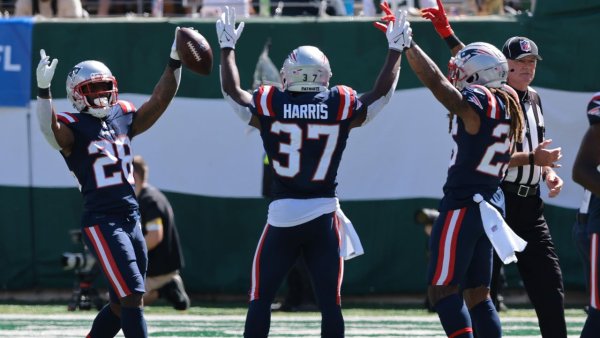 With 4:34 remaining in the game, the Nuggets cut the Lakers 16-point lead down to just four. That's when James put the Lakers on his back, scoring the team's next nine points to put the game out of reach for the "Never Say Die" Nuggets.

"He told us it was his time," said teammate Anthony Davis of James. "They cut it to four and then he just took over. Everybody just kind of got out of the way and let him be him. He took it home for us."

James had 16 points in the fourth quarter, and finished with a game-high 38 points, 16 rebounds, and 10 assists in the victory. James will now play in his 10th career NBA Finals next week.

"I channeled it through my teammates. My teammates said bring us home, and It's my responsibility to help us win ball games," said James on the TNT broadcast about taking the game over in the final few minutes. "My shoulders are wide enough to carry that load and I'm happy to be in this position."

After stints in Cleveland, Miami, and Cleveland again, James joined the Lakers as a free agent in the summer of 2018. The King declared that it would be his mission to return the Lakers to championship glory, and he delivered in just his second season.

"This run is about LeBron James and Anthony Davis, and all the guys that bought into starring in their role," said Vogel. "It's about the Lakers family that is used to being in this position; used to being in the Finals, used to winning championships. It's been a long time for them."

Ironically, James has not even been the primary source of offense for the Lakers throughout the playoffs. That honor has gone to forward Anthony Davis, who finished with 27, but James was simply unstoppable when it mattered most.

"This is the reason why I wanted to be a teammate of his and why I wanted him here," James said of Davis, who he compared to John C. Reiley's character in the movie Stepbrothers. "I wanted him to see things that he hasn't seen before in this league."

For the first time in his illustrious career, Davis will now see the NBA Finals. It might not be on the floor at Staples Center, or in front of a sold-out arena, but it will be with the Larry O'Brien trophy on the line.

"When I first got here I told him I wanted to get him back to the Finals, and he told me he wanted to get me my first ring," said Davis. "I tell him all the time, you got my back, I got your back."

In every contest, there's a winner, and there's a loser. In this instance it was the Denver Nuggets who were ever gracious in defeat on Saturday.

"We came up a little short obviously, but you have to give the Lakers a ton of credit. Frank Vogel and their staff did an amazing job. LeBron took over like great players take over in games like this," said Nuggets' head coach Mike Malone. "You tip your cap, you give them credit, and you use this as motivation to come back even better and not be satisfied with just making the Western Conference Finals. Our goal still remains to win a championship."

The "Comeback Kids" were not supposed to lose this game. They were a perfect 6-0 in elimination games during their playoff run, and were the first team in NBA history to overcome not one, but two different 3-1 series deficits.

Facing their third consecutive 3-1 series deficit should have been old hat for this Nuggets team, but when you flirt with fire, you're gonna get burned, and that's what happened to Denver on Saturday night.

"I'm so proud," said Malone of his team after the loss. "What more could you ask from a group? What more commitment, sacrifice, just everything in the last 82 days our team has gone through? The history that we've made, the adversity that we've faced, I couldn't be more proud."

Nikola Jokic, the Nuggets best player, was in foul trouble throughout the night. Jamal Murray, their second best player, and arguably the best guard in the playoffs thus far, suffered a right knee contusion and did not look like his usual dominant self in the second half.

"I got a bone bruise that hurt me all game. I tried to play through it. I was in pain. I was struggling a little bit today. 82 days in the bubble and a lot of minutes. I didn't have the energy I needed to have for my teammates today," said Murray. "We played hard. We played together. We fought for one another. We trusted one another. We stayed with it game after game and we proved that we could come back down 3-1 twice. We proved we could challenge the Clippers, who were the favorites and the Lakers. I wish things went differently, but I'm proud of our guys."

Jokic and Murray finished with a combined 39 points and fought til the bitter end, but ultimately James and Davis turned out to be too much for them to overcome.

"Today they were better." said Jokic. "They won the game. LeBron was amazing. AD scored a lot of points and he's a really big attraction for us."

The Lakers went into Game 5 determined not to give the Nuggets any life in the series. Just as Denver was undefeated when facing elimination, so too were the Lakers when playing with an opportunity to close out the series. Inevitably, something had to give, and it was not going to be the Lakers.

After missing the playoffs for the first time since 2005 last season, James vowed he would return this season with a renewed focus, and a new hashtag to boot: #WashedKing.

James used the pundits who said he was no longer the same dominant player that won three NBA Finals MVP Awards as fuel, and promised to return the Lakers to their rightful place among the Pantheon of the greatest teams in sports history.

That promise was validated on Saturday.

The Lakers now advance to their 32nd NBA Finals appearance in franchise history, where they will face either the Miami Heat or the hated Boston Celtics in the championship.

Regardless of their opponent, history will come full circle in one way or another for the Lakers.

The last time the Lakers played in the NBA Finals in Orlando, Florida was in 2009 when Kobe Bryant led the Lakers to their 15th championship in team history.

A year later, the last time they were in the NBA Finals, they defeated the rival Celtics in seven games, once again led by the Black Mamba for their 16th championship.

Bryant tragically passed away in a helicopter crash in January, and LeBron and the Lakers have dedicated their season to him. Now, they will try and honor his legacy in the best way possible: with an NBA record 17th NBA Championship.

"Every time you put on the purple and gold you think about his legacy and what he accomplished in 20 years," said James of Bryant. "What he demanded out of his teammates and what he demanded out of himself. Our games are different, but as far as our mindset and our drive to always want to be victorious, its similar. It stops you from sleeping. I'm one of the few who can understand that mindset."