Week 9 of the 2021 NFL season has featured upsets, exciting finishes and a lot of backup quarterbacks.

Here’s a look at some of the winners and losers from Sunday’s action:

The first game of the post-Odell Beckham Jr. era in Cleveland was a resounding success.

The Browns demolished the Cincinnati Bengals 41-16 to draw even in the AFC North standings, and they did it in a variety of ways. Denzel Ward put Cleveland on the board with a 99-yard pick-six in the first quarter. Nick Chubb then got his first touchdown of the day in the second quarter before Baker Mayfield and Donovan Peoples-Jones connected on a 60-yard score to give the Browns a 21-7 lead. Chubb effectively sealed the game in the third quarter with an impressive 70-yard rushing touchdown that put the Browns up by 21.

Mayfield didn’t exactly light it up beyond the Peoples-Jones touchdown, finishing the day with 218 passing yards and two touchdowns. Still, following a drama-filled week and on the verge of falling below .500, the Browns got a big road win against a divisional foe. 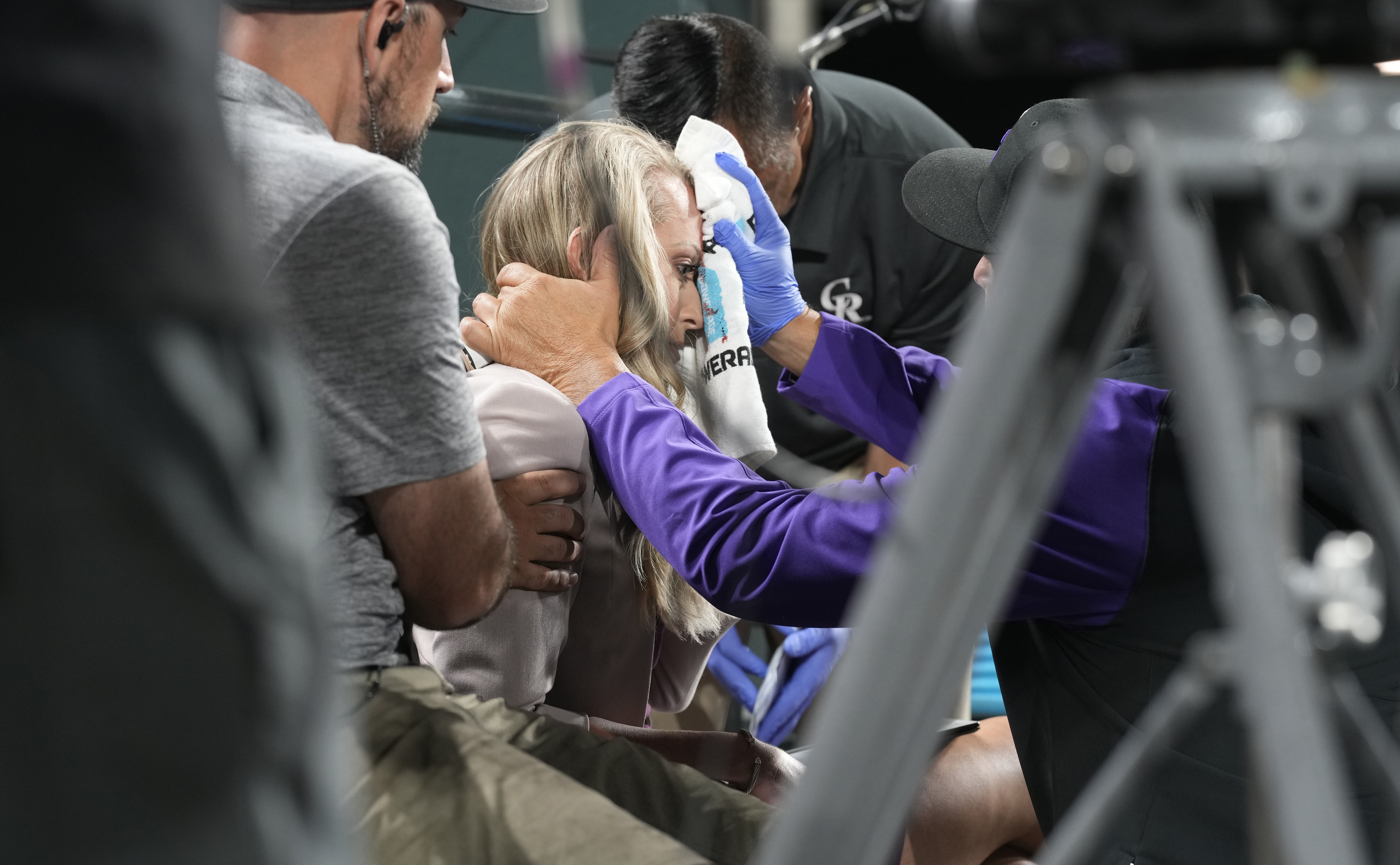 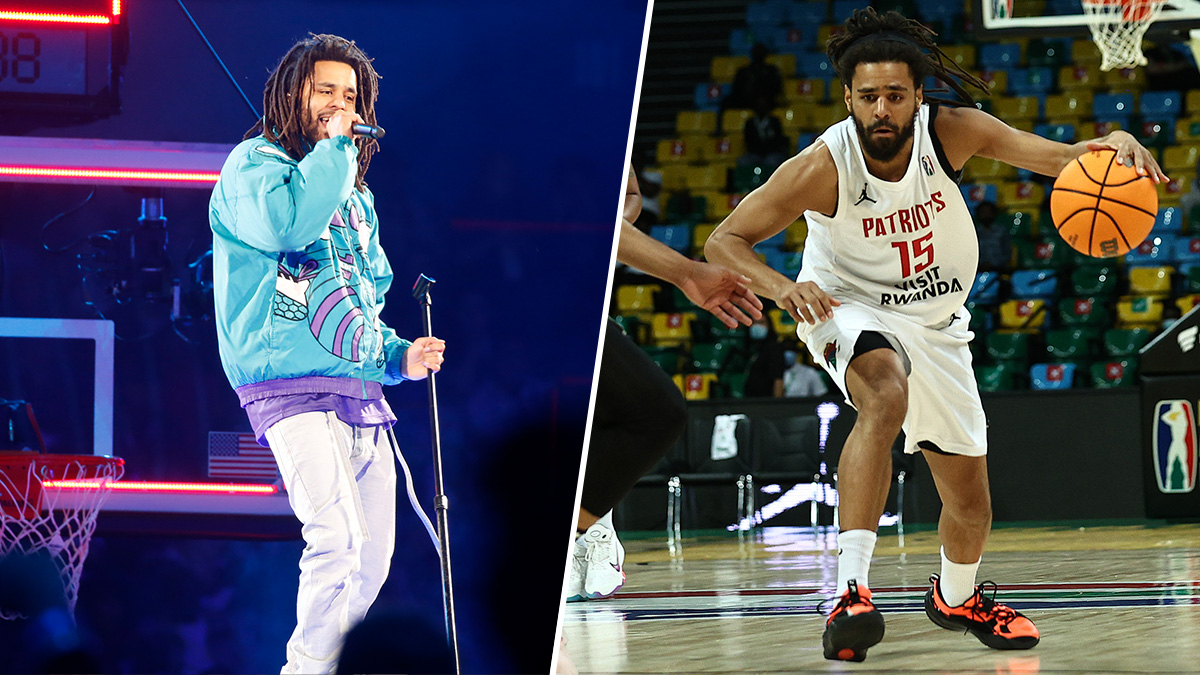 Jacksonville earned a 9-6 upset victory over Buffalo thanks to some big-time plays from its Josh Allen, including a sack, interception and fumble recovery. The Bills’ Josh Allen turned the ball over three times on the day and was unable to lead the team to the double-digit points needed to win on the road.

The loss drops the Bills to 5-3 on the season, just a half-game ahead of the New England Patriots in the AFC East standings. Sunday’s defeat was a major missed opportunity to get a win against a team that will likely be battling for draft position in January.

Down 14-6 in the third quarter and well into Patriots territory, Sam Darnold’s ghosts came back to haunt him.

The Carolina Panthers quarterback sailed a pass right into the arms of Patriots cornerback J.C. Jackson, who took the ball 88 yards to the house for a pick-six. It was the first of three second-half interceptions for Darnold, with Jamie Collins snatching one and Jackson getting another one in the end zone. Darnold finished with just 172 passing yards as he fell to Bill Belichick’s squad yet again.

Week 9 marked the third straight game in which Darnold failed to throw a touchdown pass. After beginning the season 3-0, the Panthers now sit at 4-5 on the year and have some serious decisions to make at quarterback.

The Broncos produced one of the most surprising results of the week with their 30-16 upset over the Dallas Cowboys. The Denver defense was firing on all cylinders in its first game since the Von Miller trade, holding a potent Dallas offense scoreless through three quarters.

Going up against a dynamic running back duo in Ezekiel Elliott and Tony Pollard, it was the Broncos’ backfield that dominated in Dallas. Javonte Williams picked up a career-high 111 yards on 17 carries, while Melvin Gordon III ran for 80 yards and a touchdown on 21 carries. Quarterback Teddy Bridgewater also made a play with his legs, scoring a one-yard touchdown run.

Denver is now 5-4 on the season and in the thick of the AFC playoff picture past the midway point of the season.

It’s been a hectic week in Green Bay with quarterback Aaron Rodgers making national headlines after testing positive for COVID-19 and admitting he is unvaccinated after implying he was earlier in the season. This landed Rodgers on the sideline this week and led to Jordan Love starting in place of him in his NFL debut against the Kansas City Chiefs.

The Packers failed to take advantage of a Chiefs team in turmoil and recorded their second loss of the season after falling 13-7. The Packers were unable to get into a rhythm and subsequently couldn’t take advantage of their offensive weapons such as Davante Adams, who finished the game with only six receptions for 42 yards.

The Los Angeles Chargers snapped their two-game losing streak with a gritty win over the Philadelphia Eagles 27-24. Quarterback Justin Herbert exploded out of his slump by throwing for 356 yards, two touchdowns and rushing touchdown as the Chargers won on a field goal with two seconds left in regulation.

The Eagles, led by Jalen Hurts, performed well and will feel exasperated after having control over the game at times but still losing. They fall to 3-6 while the Chargers move to 5-3 and sit atop the AFC West. The Chargers will host the Minnesota Vikings next.

Though they headed into the matchup as favorites, the San Francisco 49ers never looked the part against an Arizona Cardinals team missing their stars. Quarterback Kyler Murray, who is in the MVP conversation, was out with an ankle injury, in addition to the Cardinals’ main receiving threats, DeAndre Hopkins and A.J. Green.

But the 49ers couldn’t capitalize on the weakened Cardinals. After losing four of their last five games, Kyle Shanahan’s team showed deficiencies yet again as their defense was sliced apart by Cardinals backup quarterback Colt McCoy. McCoy threw for 249 yards and one touchdown. The offense was also ineffective and careless, costing the 49ers two turnovers in their first four possessions.