The long and short of it was not an issue for Katie Ledecky.

On another memorable night for the American swimming star, Ledecky won the 200-meter freestyle and the historic 1,500 free about 70 minutes apart at the U.S. Olympic trials Wednesday, locking up two more individual events for the Tokyo Games.

This was about as tough as it gets.

First, a relative sprint over four laps — the shortest event on Ledecky's program.

Then, a grueling metric mile comprising 30 laps — the longest race in pool swimming and one that will be making its Olympic debut for the women in Tokyo.

Her short time between races was chaotically choreographed to keep Ledecky as fresh as possible for the 1,500.

“The goal was to get in the warm-down pool as quickly as I could,” she said. “I tried to keep moving, hydrated and swam for 15-20 minutes before they pulled me to go back to the awards (ceremony). I ate a banana, drank chocolate milk and water, put a jacket on as I was walking.”

It worked out just fine.

Olympic swimmer Caeleb Dressel took home two gold medals from Rio in 2016. Dressel explains how his philosophy of being one with his environment helps him excel.

Ledecky has already pondered the significance of the inaugural women’s 1,500 free at the Olympics.

About time, she said.

Erica Sullivan was nearly a half-lap behind, but she knocked more than 4 seconds off her personal best to take the expected second Olympic berth in 15:51.18.

The 200 free was one of four gold medals that Ledecky won at the Rio Games. She'll get a chance to defend that title after winning in 1:55.11, a full body length ahead of the field.

Allison Schmitt, who won the event at the 2012 London Games, is headed to her fourth Olympics at age 31 after holding off Paige Madden by one-hundredth of a second for the runner-up spot behind Ledecky.

Weitzeil originally started swimming as a 9-year-old, and only because her sisters did it. She wasn't a fan of weekend practices, either, and briefly gave up on the sport. Now, Weitzeil is eyeing a ticket to Tokyo.

Schmitt's time was 1:56.79, which gives her a likely individual event in Tokyo as well as a spot on the 4x200 free relay. Madden and Katie McLaughlin, who was fourth in 1:57.16, will also be going to the Olympics as relay swimmers.

As Schmitt crossed the deck, her longtime teammate and good friend Michael Phelps raced down from the stands to give her a long embrace. Both swimmers have disclosed their struggles with depression even while performing brilliantly in the pool.

“I don't even know how to put it into words,” Schmitt said. “He's been a brother inside the pool and outside the pool. It helped me so much. Even now, when he's not swimming, he's a huge part of it.”

Ledecky already won the 400 free, though she wasn't as fast as expected. She's also heavily favored in the 800 free, another race she won at Rio, which means she could swim as many as four individual events and perhaps a couple of relays at the Tokyo Games.

Ledecky did confirm that she's scratched the 100 free.

She's already got enough on her Olympic plate.

As a kid, Ryan Murphy’s dream was to be the best swimmer in the world. That dream came true when he won the gold medal in three events at the 2016 Summer Olympics in Rio de Janeiro.

In other races on the fourth night of the trials, Zach Harting earned his first trip to the Olympics with a victory in the men's 200 butterfly, while Alex Walsh won a thrilling race in the women’s 200 individual medley — the top three were separated by just four-hundredths of a second.

“I couldn’t sleep last night, woke up before my alarm, heart pounding out of my chest, crazy adrenaline,” he said. “I wanted to puke all through warm-up, still kind of want to do that. I don’t think I really handled it well, but I knew I was going to win so that kind of gave me a little bit of peace.”

Harting is already making plans to get the customary Olympic rings tattoo.

“Coming in here and not making the team was not an option," he said. "I don’t know if I could have handled it, so the easiest thing to do was make the team and that’s what I did.”

Vashti Cunningham, 22, is an American track and field athlete and Olympian who competes in the high jump event.

Gunnar Bentz, who was among the swimmers involved in Ryan Lochte's infamous night in Rio five years ago, touched after Harting in 1:55.34 and will get the expected second spot in the event.

Douglass will get the expected second spot on the Olympic team, while Cox endured another heartbreak after finishing fourth in two events at the 2016 trials.

Eighteen-year-old Torri Huske, who already made the team in the 100 butterfly, got off a blistering start in her signature stroke but couldn’t hold on. She faded to fourth.

Ledecky is one of at least two swimmers the Americans are counting on to be big stars at these Olympics, the first since 1996 that won't include Phelps. He retired after Rio with a record 23 gold medals and 28 medals overall. 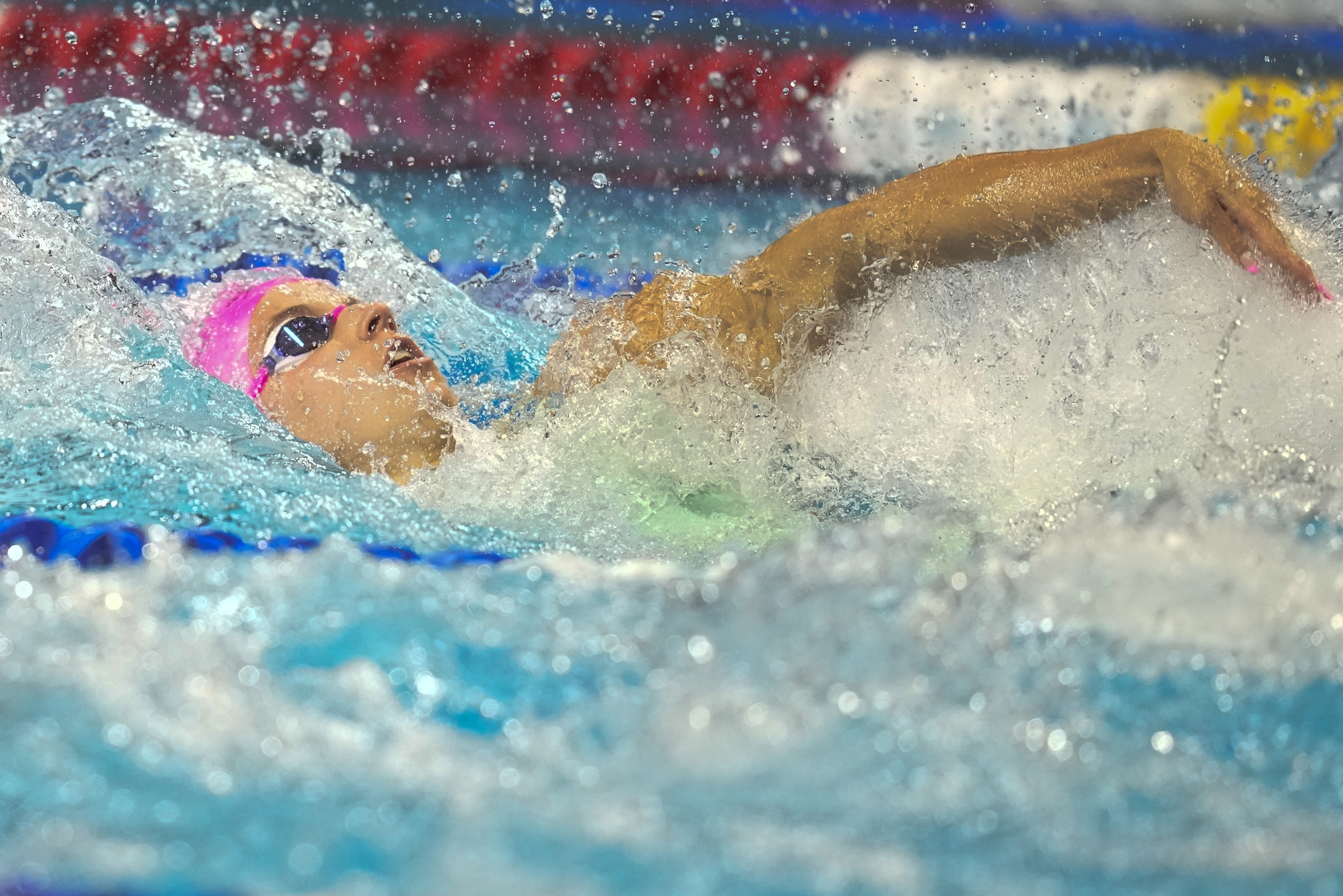 Backing Up the Talk: Outspoken Lilly King Wins at US Swim Trials The other is Caeleb Dressel, who was top qualifier in the semifinals of the 100 free with a time of 47.77.

Nathan Adrian, an eight-time Olympic medalist who won the 100 free at the 2012 Olympics and captured a bronze in Rio, failed to even qualify for the final after finishing sixth in his heat and 13th overall at 48.92.

Adrian, who overcame testicular cancer and is now married with an infant daughter, conceded that it was hard to maintain the sort of focus he needed at age 32.

“When I had a bad practice before, it was a little bit of a dagger in the heart. I would be very, very affected by that,” he said. “Now, I just want to go home and immediately give my wife and baby a hug and a kiss.

“In so many indescribable ways, this is such an all-in sport. Unfortunately, I wasn't able to stick two good swims out there.”

Here is some advice for swimming in natural bodies of water, like rivers and lakes.
Copyright AP - Associated Press