One Free Agent Player Fit for Every NFL Team in 2023

The NFL offseason is almost here.

As more teams are eliminated from postseason contention each week, franchise’s begin to turn their focus toward transaction season. The next few months will bring plenty of changes across the league, from coaching staff changes to free agent signings and draft picks.

The first major transaction period will happen in less than two months, when free agency officially opens on March 15 at the outset of the new league year. There are some impressive players that could hit the market, but there’s obviously still time for teams to re-sign or franchise tag their best players.

With that in mind, here’s one free agent player fit for each NFL team:

It’s clear that the Bills need another receiver, and Smith-Schuster makes sense on multiple levels. Signing the 26-year-old would hurt the rival Chiefs, plus it would give Buffalo a second possession receiver they desperately need alongside Stefon Diggs. 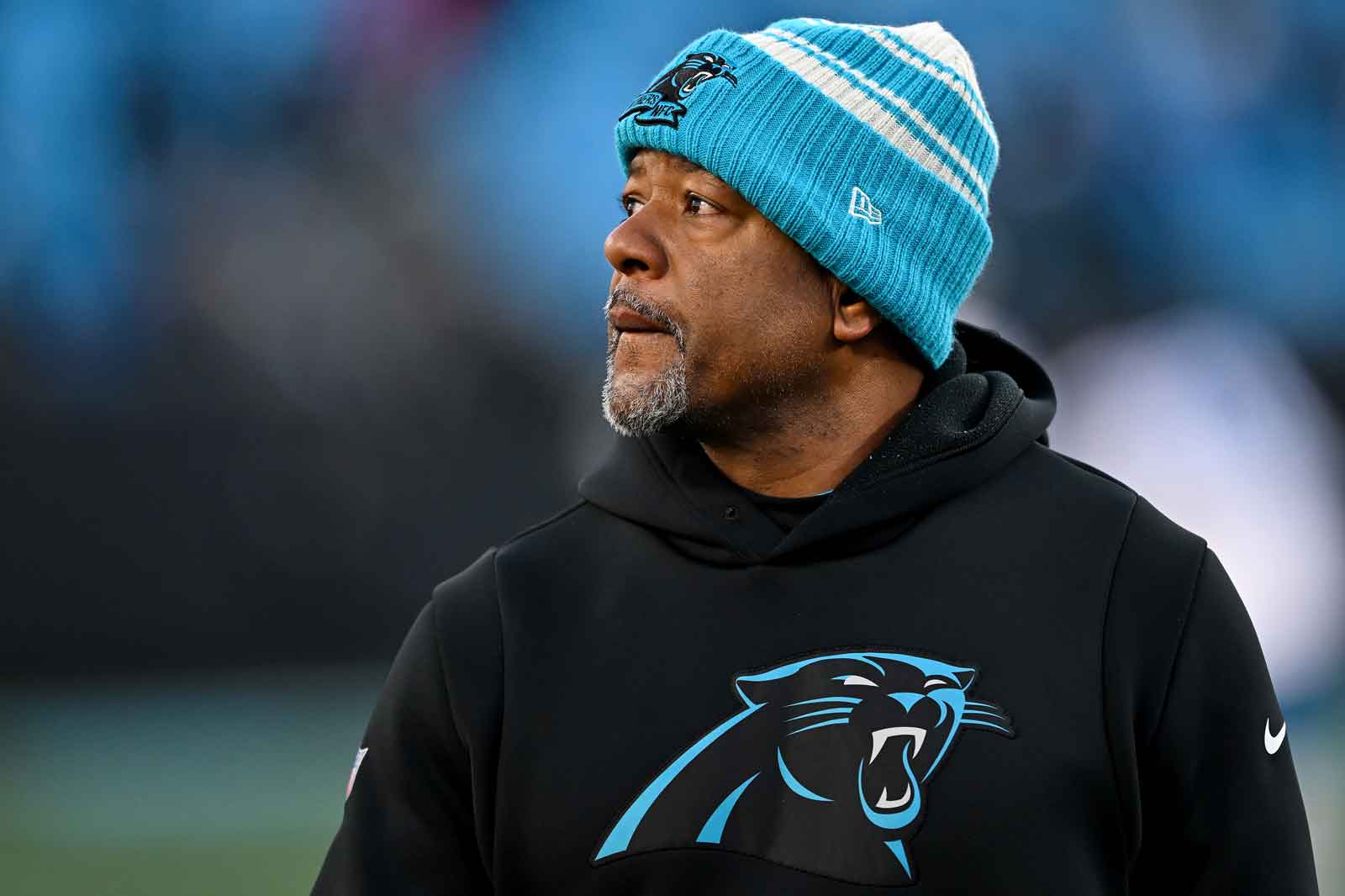 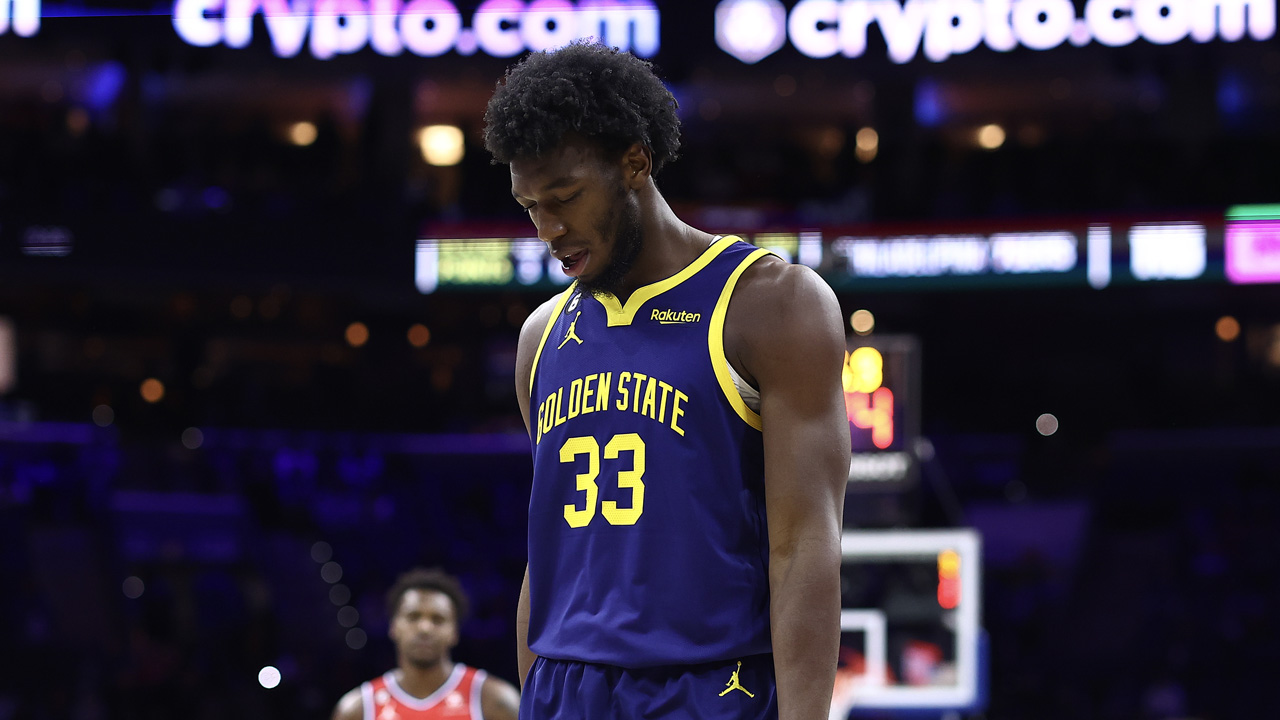 Tight end Mike Gesicki wasn’t a good fit in Mike McDaniel’s offense, but Schultz would be. He excels as a run blocker – and he’s above average in the passing game as a receiver. Adding Schultz could unlock another element to Miami’s offensive attack.

The Patriots’ offensive line wasn’t awful in 2022, but it certainly could use an upgrade. Although pricey, the former Chief would be a perfect fit. He could slot in at left tackle, which would bump Trent Brown back to the right side – where he’s been more effective.

It’s no secret that the Jets will have a new starting quarterback in 2023. While many fans will clamor for a bigger name, Garoppolo might be the most realistic option. He has the 49ers connection with Robert Saleh and has a long track record of winning when he has talent around him.

No need to sugarcoat this one: Baltimore needs to extend Jackson, by any means necessary. The best-case scenario is that Jackson agrees to a long-term deal, but at the very least he should be back on the franchise tag. You can’t afford to let a quarterback of this caliber go.

There aren’t a lot of weaknesses on the Bengals’ roster, but the secondary needs to be addressed. Cornerbacks Eli Apple and Tre Flowers and safeties Jessie Bates and Vonn Bell are impending free agents. Adding Bradberry from the Eagles would solidify that unit.

How do you fix an ailing run defense? Well, signing a 6-foot-3, 320-pound Pro Bowl defensive tackle could help. Payne would be an ideal complement to Myles Garrett on Cleveland’s D-line. It’s imperative for the Browns to add a big body alongside their star pass-rusher.

Rookie quarterback Kenny Pickett found his rhythm in the second half, leading Pittsburgh to four straight wins to finish the season, and he did so with a young, porous O-line. Fant isn’t a star, but he provides some stability that the Steelers badly need. He can slot in at either tackle spot, mentor some of their younger talent and should come relatively cheap.

This one makes sense on a few levels. Houston will likely draft a quarterback and Meyers is a dependable security blanket. Brandin Cooks could be on his way out of town. As a cherry on top, Meyers has ties to Texans general manager Nick Caserio from his days in New England.

Another AFC South team with plenty of needs, Indy must add an impact No. 2 receiver opposite Michael Pittman. The hodgepodge group of Parris Campbell, Alec Pierce and Ashton Dulin just doesn’t cut it. Lazard is a capable second or third option, as he showed in Green Bay the last few seasons.

General manager Trent Baalke was wise to sign Engram last year, but Engram proved to be even wiser by only agreeing to a one-year pact. He broke out in 2022 with Trevor Lawrence, posting career-highs in receptions (73) and yards (766). Engram is an important piece and should be rewarded with a multi-year deal to stay in Duval.

For the first time in what felt like forever, the Titans’ offensive line struggled in 2022. Injuries to Taylor Lewan, Ben Jones, Nate Davis and Dillon Radunz certainly played a factor, but the line needs more help. McGary, a former Falcon, thrived as a run-blocker last season for former Titans OC Arthur Smith’s squad.

Russell Wilson was most effective early in his career when the Seahawks had a dominant offensive line. If Denver can pry the underrated Powers away from Baltimore, it could get one step closer to maximizing its $245-million investment. The 26-year-old guard started all 17 games last season and allowed zero (!) sacks, according to PFF.

Andy Reid and Patrick Mahomes will always figure things out offensively, so it’s best to add talented defenders. It felt like Davenport underachieved in his first five seasons with the Saints, but there are flashes of star potential. He could benefit from a change of scenery, and playing alongside Chris Jones could unlock the best version of Davenport.

The Raiders need a new quarterback and a new culture. Brady provides both of those things, even if he’s not the player he was when he last switched teams. He’ll be 46 when the season begins, but Brady joining Josh McDaniels and Davante Adams is intriguing for what’s been a stale franchise.

If the Chargers could run the ball consistently, they likely wouldn’t have blown a 27-0 lead in their playoff loss to the Jaguars. Austin Ekeler is an elite pass-catcher and outside runner, but they need a guy who thrives inside the tackle box. Fantasy football owners would hate it, but Los Angeles’ offense needs a guy like Williams who can change the pace.

The Cowboys didn’t have a steady No. 2 receiver behind CeeDee Lamb after trading Amari Cooper last offseason. While Jones isn’t the flashiest name, he’s just a professional NFL receiver. He’s surpassed 45 receptions in seven of the last eight seasons while playing for three different teams.

Speaking of receiver-needy teams, look no further than the Giants. New York had arguably the worst WR room in the league, especially after injuries to Sterling Sherpard and Wan’Dale Robinson. Thomas, a former All-Pro, is worth a flier after three injury-riddled seasons.

The Eagles had a league-leading 70 sacks this season. Hargrave, with a career-best 11 sacks, was the unsung hero of the unit. He’s a key cog in the middle. Philly could give Jordan Davis more responsibility if Hargrave walks, but why mess with a nearly perfect group?

The Eagles and 49ers are set to face off to decide who takes the NFC crown and advance to the 2023 Super Bowl.

It’s clear that the Commanders need help at linebacker, and Edmunds would be a perfect fit. The 24-year-old had a strong fourth season with the Bills, displaying impressive speed and instincts in the middle. Edmunds and Jamin Davis would form a solid linebacker duo behind Washington’s powerful front four.

If the Bears really want to embrace Justin Fields as a runner, they need to build a better O-line. Signing Risner would be a good first step after the former Broncos guard allowed just three sacks in 15 games last season. Just 27 years old, Risner could be a long-term solution.

Dan Campbell transformed the Lions in his second season as head coach, but making the playoffs is now the expectation. To do that in 2023, Detroit needs a better secondary. Gardner-Johnson had six interceptions in 12 games last season and he can be an effective safety or nickel corner.

With Allen Lazard set for free agency, the Packers need to enter 2023 with a better plan at WR than they had for 2022. Chark, 26, had a strong finish to the season in Detroit, totaling at least 55 receiving yards in four of the final six games.

The Vikings’ defense was exposed in the playoffs and DC Ed Donatell was fired as a result. The unit needs to get faster and younger, specifically at linebacker. Long is a potential buy-low candidate – he was in line for a breakout year in Tennessee before an injury cut his season short.

The Falcons had 21 sacks as a team last year, ahead of only the Bears. While he isn’t an elite player, Allen had 5.5 sacks in a breakout season for the Cardinals. The 25-year-old had a career-best 35 QB pressures and appears poised to take another step in 2023.

After trading Christian McCaffrey, the Panthers remained effective on the ground with the D’Onta Foreman-Chuba Hubbard duo. Pollard, even after his injury in the Cowboys’ playoff loss, would bring some explosiveness back to Carolina. He would finally get to serve as a feature back and escape the shadow of Ezekiel Elliott.

There were rumors of OBJ signing with a team almost every week after Halloween, but it never happened. He’ll probably be better off having sat for a year after the ACL injury. Now, the LSU alum can come back at 100% and play a major role in New Orleans alongside Chris Olave.

Everything about the Bucs’ offseason comes down to Tom Brady. If he re-signs, they can reload for a playoff run. If he leaves, it’s time to start a full rebuild. Dean was quietly one of the league’s best outside corners in 2022, so it’d be useful to lock him up – with or without Brady.

With Kyler Murray’s status uncertain for the beginning of the season, the Cardinals are already in a tough position for 2023. Still, it’s crucial to bolster the O-line and Davis would fit whatever scheme they adopt. He’s an immediate above average starter at either guard spot.

Wynn was an overall disappointment for the Patriots after he was a first-round pick. He could benefit from a change of scenery, and his versatility as either a tackle or guard would suit the Rams. Los Angeles’ O-line struggled massively last season, so Wynn would likely step in as a starter.

No need to rock the boat, John Lynch. The 49ers’ offense is a well-oiled machine and McGlinchey is a key cog at right tackle. He’s a proven fit in Kyle Shanahan’s system and would be a nice security guard for whichever young quarterback starts for San Francisco next season.

In a season where many expected Seattle to be competing for the first pick, Smith had them competing in the playoffs. It’s a no-brainer to bring him back for a second year as the starting QB – even if it takes a franchise tag. Smith has the respect of the locker room and works better in Shane Waldron’s offense than Russell Wilson did.