The AFC East Should Still Be Patriots' Playground

In spite of everything the Patriots have weathered over the off-season, just how much have the Dolphins, Bills or Jets improved?

Believe it or not, the Patriots have been in this position before.

Way, way back in 2008, the remnants of a team that had started 18-0 the year before had to make do without Tom Brady for the final 15 ½ games of the season -- the reigning league MVP tore his ACL in New England’s season opener against Kansas City.

Those Patriots would finish 11-5 with Matt Cassel at quarterback, ultimately doomed by tiebreakers and becoming just the second team in NFL history to miss the postseason with 11 wins. The wildcat Miami Dolphins, featuring a resurgent Chad Pennington under center, would win the division.

That’s the last time the Patriots failed to win the AFC East, preceding a string of an NFL record 11 straight division titles that’s almost never been tested. New England has won the AFC East by an average of 3.3 games since 2009; only three times did it win the division by fewer than three games.

That includes last season, when, despite starting out 8-0, the Patriots finished 12-4 and just two games ahead of the 10-6 Buffalo Bills. The most startling result as it pertained to the division last year, of course, was New England’s Week 17 embarrassment at home against the Dolphins, a 27-24 loss that cost the Patriots a 10th straight first-round bye in the postseason.

That was, for all intents and purposes, Miami’s first win in Foxboro since 2000. No credit is given to the Dolphins unveiling of the wildcat formation in 2008 against a Brady-less Patriots, nor is a Week 17 triumph in 2005 in which Cassel played the majority of the game.

Against all of that success, weigh the departure of Brady and the opt-out-ageddon the Patriots withstood amid coronavirus pandemic, and it’s never been fairer to ask if the end of New England’s run atop the AFC East is nigh.

If fans are allowed inside Gillette Stadium, it will only be 20% of Gillette’s total capacity, the team announced Tuesday. That’s about 13,000 people.

But just because it’s a fair question, doesn’t mean this year's going to be any different.

In spite of everything the Patriots have weathered over the off-season, just how much have the Dolphins, Bills or Jets improved?

The Jets can be written off immediately thanks to the trade of their best defensive player (safety Jamal Adams) and opt-out of their second-best defender (linebacker CJ Mosley). Quarterback Sam Darnold, entering his third year, still has all of the physical tools to succeed in the NFL but hasn’t received any help from New York’s front office.

The Dolphins used the fifth pick in April’s draft on quarterback Tua Tagovailoa, whom they hope will more closely resemble Dan Marino than Ryan Tannehill, but in either case it’s far too soon to tell what Miami has in the former Alabama signal caller.

All signs point to incumbent Ryan Fitzpatrick at least starting the season for the Dolphins – including their season opener at Gillette Stadium on Sept. 13 – and while Fitzpatrick was responsible for Miami’s Week 17 upset last December, he’s never led a team to the postseason. That’s not about to change for the 37-year-old Harvard alum.

Which takes us to Buffalo, a franchise which is seemingly on the up-and-up. Following a playoff drought which lasted 18 seasons, the Bills made the dance as a wild card in two of the last three years under the stewardship of coach Sean McDermott (those two postseason berths matches Rex Ryan for second-most for a coach in the AFC East after Bill Belichick since 2000).

It’s a team with a truly elite defense that allowed the third-fewest yards and second-fewest points in the NFL in 2019, a team with a top 10 rushing attack on offense and a team that acquired a top-flight receiver in the off-season in Stefon Diggs.

It’s a team, however, with a seemingly fatal flaw that will be too challenging to overcome in the race for divisional supremacy.

To his credit, quarterback Josh Allen, the seventh overall pick in the 2018 draft, showed marked improvements from Year 1 to Year 2. His completion percentage ticked up from 52.8 to 58.8%, while his passer rating ballooned from an abysmal 67.9 to an acceptable 85.3.

Allen still ranked dead last in the NFL in completion percentage in 2019 and just 24th in passer rating, though, and was promptly a nonfactor in Buffalo’s wild-card round loss to Houston (24 for 46, no touchdowns or interceptions, 69.5 rating).

None of these teams are truly ready to take down the Patriots over a 16-game schedule. With it becoming clearer and clearer that Cam Newton is going to be New England’s starting quarterback – Jarrett Stidham continues to be woeful at training camp – the Patriots’ aren’t just in a position to win their 12th straight AFC East crown, they could be in the unique position of a sleeper team within the conference.

Expectations should be lowered in New England for 2020. A trip to Super Bowl LV, which takes place in Brady's new digs in Tampa, is unlikely. But until proven otherwise, the AFC East still runs through the team coached by Bill Belichick. 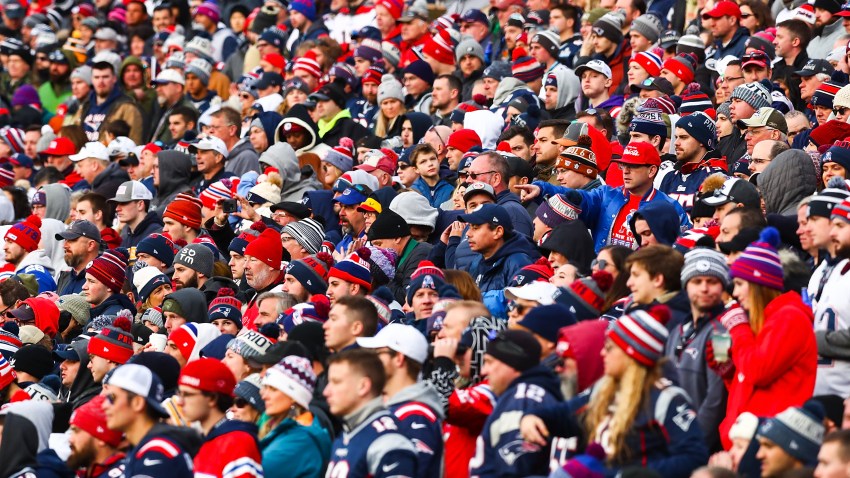 Hope for Patriots Fans? Mass. Officials Not Ruling Out Allowing Fans at Home Games This Year 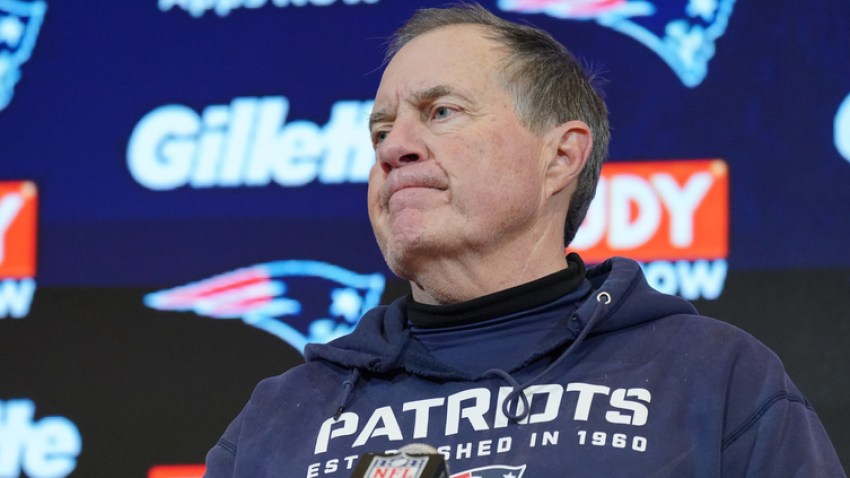