Dr. Stone Pursues US Rowing Gold to Wear With Stethoscope

A graduate of Tufts University medical school, 36-year-old Gevvie Stone put her residency at Beth Israel Deaconess Medical Center in Boston on hold to get back in the boat after the Rio Games

American rower Gevvie Stone's goal is to go back to Boston with a new medal to wear with her stethoscope: preferably an Olympic gold medal.

Stone, who won a silver medal in single sculls at the 2016 Rio de Janeiro Games, has delayed her career as a doctor in emergency room medicine for nearly three years in pursuit of one more chance at Olympic glory.

"I love what I do, but this is it," a teary-eyed Stone said this week after she and teammate Kristi Wagner rallied late to finish third in a double sculls semifinal to make Wednesday's medal race. "One more race ... Enjoy every stroke."

A graduate of Tufts University medical school, the 36-year-old Stone had retired from rowing after the 2016 Games and started her multiyear residency at Beth Israel Deaconess Medical Center in Boston. Stone said she loves medicine and the adrenaline rush and chaos of the emergency room that is her calling as a doctor.

Newton’s Gevvie Stone and Weston’s Kristi Wagner, two Mass. rowers, will hit the water at the Tokyo Olympics under the watchful eye of their coach — who is the father of one of the athletes.

But the pull back to the rhythmic speed on the water was too strong to ignore for an athlete with elite rowing in her family history. Her mother was a 1976 Olympian and a two-time medalist at the world championships. So Stone put her residency on hold to get back in the boat.

The decision to keep rowing has meant enduring more aches and pains that came with the rigorous training now that she's in her mid-30s. And there was some guilt that she wasn't on the front lines in fighting the coronavirus pandemic that delayed the Tokyo Games for a year.

Stone offered to return to the hospital if needed as the hospitalizations spiked in the spring and summer of 2020. But officials in the residency program, who supported her career pause for the Olympics, didn't want to risk exposing her to the virus. The American women's rowing team had already dealt with an outbreak within the team in early 2020.

The Olympics getting postponed for a year also created a time crunch. Stone returns to the residency program on Aug. 9, the day after the Games end. Any more delays and she has to start over.

Stone didn't make it to Tokyo as originally intended. She was second to Kara Kohler in the single sculls at the U.S. trials in February. Beaten but undeterred in her mission, Stone simply took on a new boat and a new teammate with Wagner.

"I was always thinking of Plan B. In terms of the single, I'm going faster than I was in 2016, and I wasn't going to sit at home and watch the Olympics in the fastest shape I've ever been in," Stone said. "I was going to be in a boat."

The duo has been just good enough to get to the final, where a medal may yet be a long shot. Stone and Wagner have been slow out of the start in their early races and had to fight from behind to advance. They rallied from last to third in the semifinals and advanced by a half boat length.

"I did NOT want to let Gevvie down," Wagner said. "I was nervous but I knew we could do it." 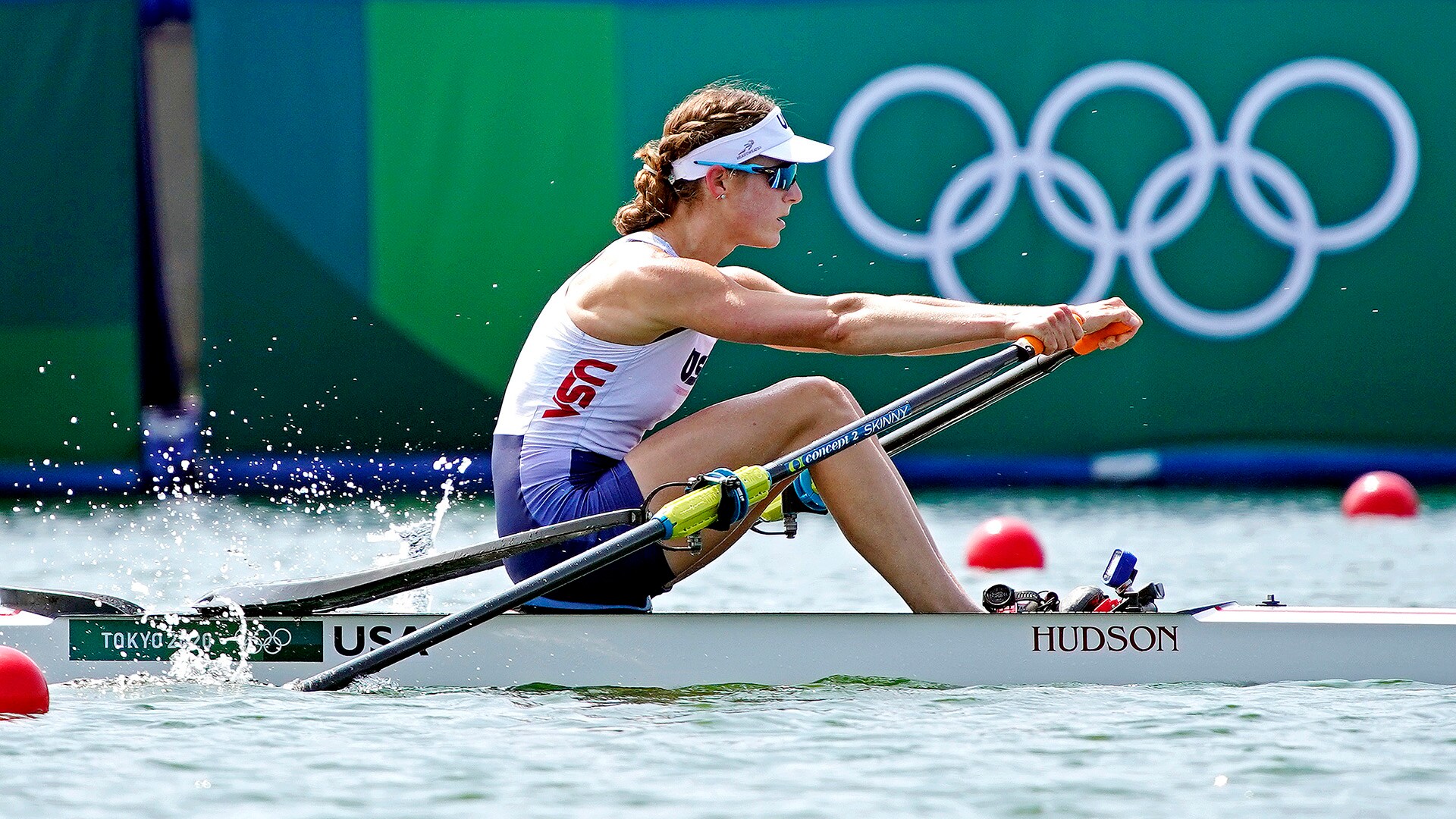 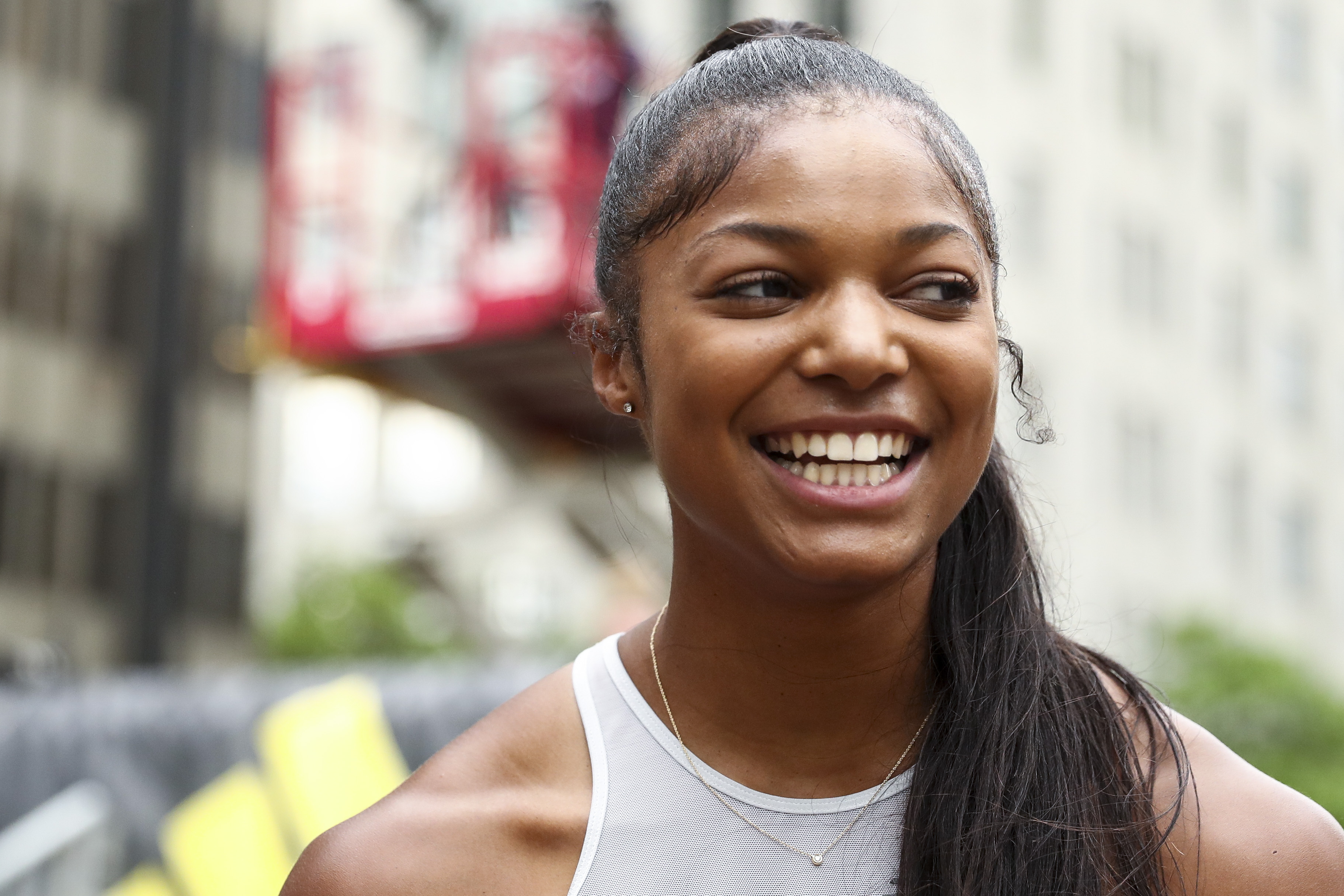 Get to Know New England's Olympians

The duo's strength lies in the base power and ability to finish stronger over the final 500 meters.

One career is about to finish. Another is about to restart. Stone wants only to think about what's ahead on the waters of Tokyo Bay.

"It was really exciting thinking about it a few months ago," Stone said. "But right now I'm just focused on Wednesday."