The games will open as scheduled on July 24

President Donald Trump's suggestion to postpone the Tokyo Olympics for a year because of the spreading coronavirus was immediately shot down by Japan's Olympic minister.

"The IOC and the organizing committee are not considering cancellation or a postponement — absolutely not at all," Seiko Hashimoto, an Olympic bronze medalist, told a news conference on Friday in Tokyo.

The International Olympic Committee and Tokyo organizers have stayed on message since the viral outbreak in China three months ago spread across Asia and then the globe: The games will open as scheduled on July 24.

"I just can't see having no people there. In other words, not allowing people," Trump told reporters at the White House on Thursday. "Maybe, and this is just my idea, maybe they postpone it for a year."

Television broadcasters and sponsors have billions invested in the Olympics, and the crowded international sports calendar has little space for pushing the games back a year. Holding the Olympics without fans has been floated, as has simply canceling the Olympics, which has only happened during wartime.

"As best we can — so athletes will have no confusion or uncertainty — we will put in our maximum effort," Hashimoto said. She competed in four Winter Olympics as a speed skater, winning bronze in 1992, and three Summer Olympics as a cyclist. 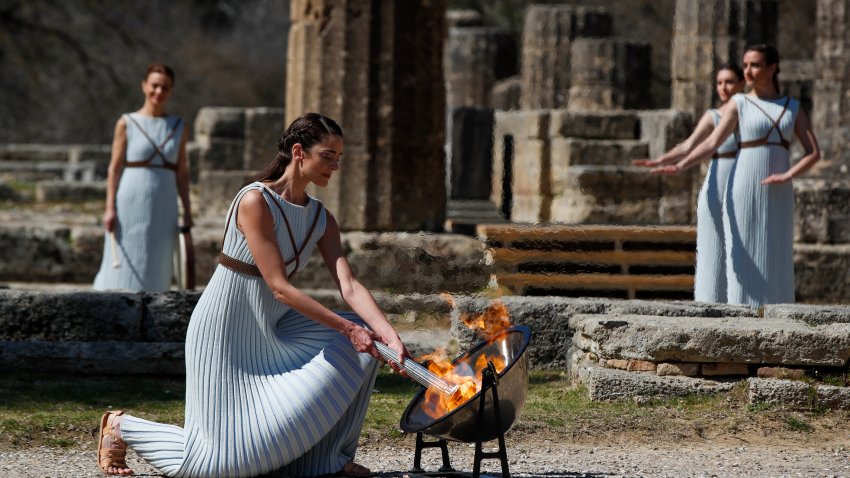 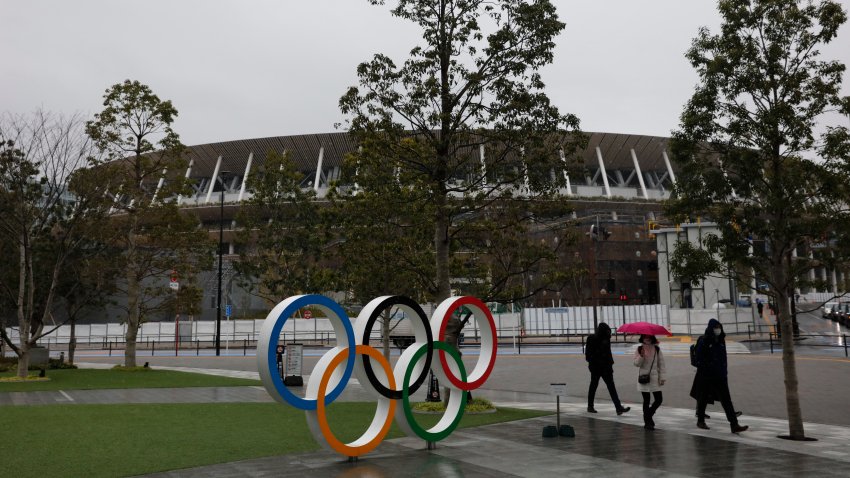 Tentacles of Olympic Cancellation Would Reach Around Globe

A cancellation or postponement will ripple in thousands of directions, hitting sponsor, television, 11,000 Olympic and 4,400 Paralympic athletes, staffs, airlines, hotels, and $1 billion lost in ticket sales. It also hurts 80,000 unpaid volunteers who will miss a once-in-a-lifetime opportunity.

The IOC oversaw an Olympic flame-lighting ceremony on Thursday in Greece, another sign it hopes to go ahead in 4 1/2 months. The flame is to arrive in Japan on March 20 and will begin a four-month relay around the country on March 26.

Tokyo organizers have downsized the torch arrival ceremony and will announce a week before the relay begins if crowds will be limited, or the route will be changed.

The Olympic flame for the 2020 summer games in Tokyo was lit during a ceremony in Olympia, Greece, on Thursday. No spectators were in attendance out of concerns over the coronavirus.

"This ceremony demonstrates once more our commitment to the success of the Olympic Games Tokyo 2020," Bach said in Greece. He lauded officials who are "taking so many significant measures to contain the spread of the coronavirus."