"To keep fighting back and forth, it just felt like one of those games where it had to be us," Verdugo said

Alex Verdugo hit a tying single in the eighth inning and a winning two-run single that capped a three-run 10th, lifting the Boston Red Sox over the New York Yankees 6-5 Saturday night.

Aaron Judge and Anthony Rizzo had given the Yankees a 5-3 lead with RBI doubles in the 10th off Jake Diekman.

"To keep fighting back and forth, it just felt like one of those games where it had to be us," Verdugo said. "Tonight's up there (for me), obviously, with how good the Yankees have been and the way the 10th inning went, getting down two runs."

Jeter Downs, a 23-year-old rookie infielder named after former Yankees captain Derek Jeter, had a run-scoring single in the bottom half off Wandy Peralta (2-2) for his first major league hit.

Top Photos: Sights and Highlights From Around Greater Boston

Third baseman Josh Donaldson bobbled Xander Bogaerts' potential game-ending, double-play grounder on the transfer, getting only one out at first.

With runners on second and third and two outs, Verdugo lined a single to right that scored Rob Refsnyder and Downs, who slid home headfirst ahead of Joey Gallo's throw. Downs was in the starting lineup for Triple-A Worcester earlier Saturday before he was scratched and called up.

"I'm pretty numb right now," Downs said. "Like an hour before the game they told me they were scratching because there was a chance (I could be called up)."

In Boston you don’t get much more famous than David Ortiz, Pedro Martinez, Manny Ramirez, and Keith Foulke — but in Brockton, it’s their sons who are the hit.

Verdugo had a chance to see the rookie score.

"I hit it and I knew the first run was in and I was 'all right' and I saw them waving the second one. I was like: 'Let's go, let's go,'" said Verdugo, who bolted to shallow right before he was caught by his teammates for a celebration. "I was trying to give them a little bit of a chase and not be too easy to catch."

Verdugo had tied the score 3-3 with an eighth-inning single off Clay Holmes, who blew a save for the second time in 18 chances.

"He loves the drama," Boston reliever Tanner Houck said of Verdugo's two hits. "He's very out there, a very energetic person. If there was one person to do it, I thought it was definitely going to be Alex."

Refsnyder, a former Yankee, added a solo homer for the Red Sox, who improved to just 10-20 against AL East rivals. 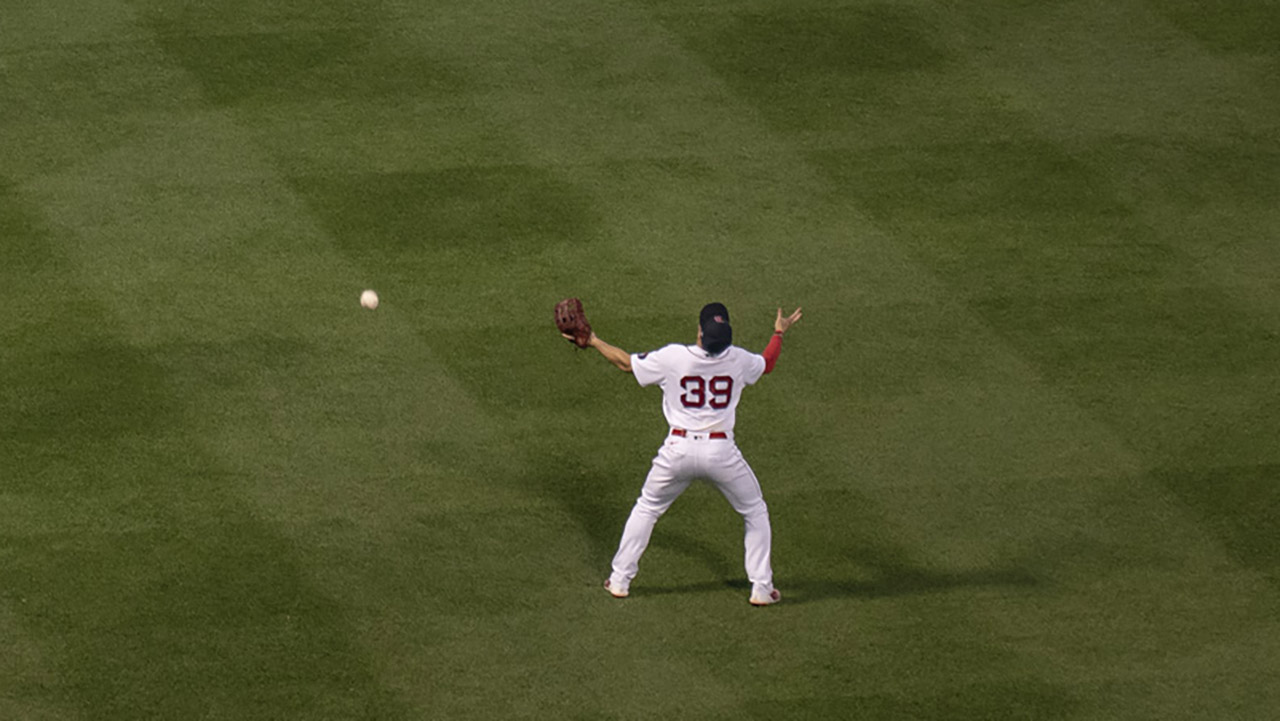 Red Sox Are Paying the Price for an Imperfect Roster 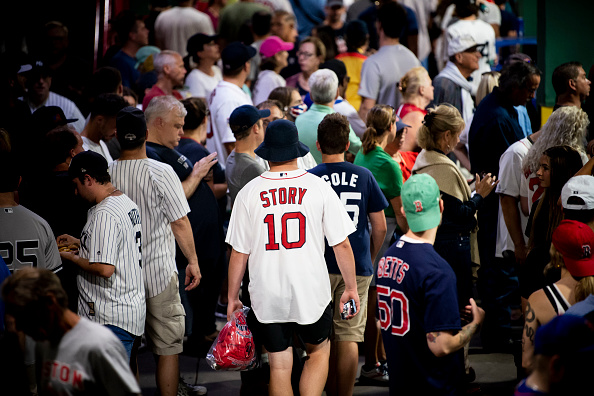 Red Sox Fan Base Ranked 2nd ‘Most Dumpable' in the MLB

Aaron Hicks hit a solo homer and Rizzo, returning after missing four games with a bad back, had a pair of RBI doubles.

"First with Clay, he got beat by a ground ball through the hole, a good job of hitting by Verdugo," Yankees manager Aaron Boone said. "Wandy fell behind and Verdugo put a very good swing on it."

Boston stopped a four-game skid and in Sunday night's finale of the four-game series tries to avoid dropping to 0-9 in series against AL East rivals. New York's division lead was cut to 15 games over the second-place Red Sox.

On a lively night at Fenway Park with fans chanting often for both teams, New York took a 3-1 lead against Ryan Brasier in the sixth when Rizzo doubled just under the glove of center fielder Jarren Duran's diving bid. Donaldson added an RBI single.

Refsnyder sent his sixth-inning shot over a billboard above the Green Monster.

Hicks' tying shot bounced off a wall separating the bullpens.

Boston started a rookie pitcher for the fourth straight game. Kutter Crawford gave up one run and four hits in five innings, striking out six and walking two.

Red Sox C Kevin Plawecki threw out Kyle Higashioka attempting to steal after being unsuccessful against his first 15 baserunners this season, pointing to the Boston dugout after the play. New York had not been caught in its previous 16 tries.

Yankees SS Isiah Kiner-Falefa made consecutive splendid plays in the fourth, going deep in the hole to grab Bogaerts' grounder before firing to first. On the next play, he cut in front of the second-base bag and threw out Verdugo after snagging his grounder.

Red Sox pitcher Chris Sale walked in a run at a rehab start with WooSox, then lost his temper.
Copyright AP - Associated Press