There were severe thunderstorm warnings in all New England states Tuesday night, except Connecticut.

The warnings impacted York County in Maine, as well as Berkshire, Hampden and Franklin counites in Massachusetts.

Much of Vermont was affected by the severe weather warnings, including these counties: Lamoille, Caledonia, Orange, Orleans, Essex, Addison, Rutland, Bennington, Chittenden, Windsor, Washington, and Franklin. 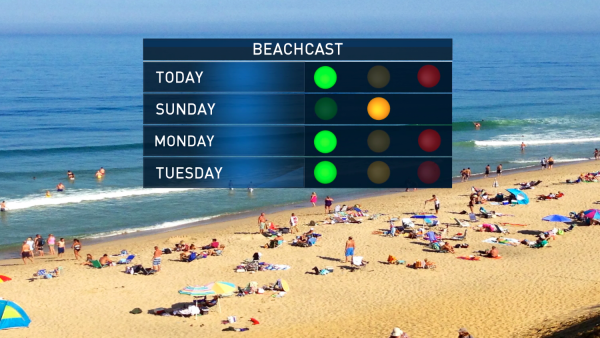 And many counties were impacted in New Hampshire, as well, including Sullivan, Grafton, Belknap, Cheshire, Hillsborough, Strafford, Carroll, Rockingham, and Merrimack.

The warnings had mostly expired by midnight, but a few in New Hampshire and Maine were set to expire around 1 a.m. Wednesday.

If you've been missing the summer heat, Tuesday is the day for you. Temperatures are rising through the 80s and may even touch 90 in a few spots across New England.

With humidity in place, the heat index will top out in the low 90s under filtered sunshine. The high thin cloudiness you see Tuesday is actually smoke from wildfires on the west coast that has moved overhead courtesy of the jet stream.

While Tuesday won't feature widespread thunderstorms, there will be some garden-variety storms, hit-or-miss in nature. Tuesday night, you may wake up to a rumble of thunder, or some downpours, too.

Wednesday will be a more active day with more widespread thunderstorms. Southern New England has the greatest chance of seeing some strong-to-severe storms in the afternoon and evening with damaging wind gusts and localized flooding the primary threats. It's definitely a day to be weather-aware and seek shelter indoors if a warning is issued for your city or town.

Behind this front, fresh new air will move in for Thursday, and you'll notice the difference. Expect a nice blend of sun and clouds and low humidity.

We're still thinking Friday will be mostly dry with just a spot inland shower (won't ruin the day). The weekend pick? Saturday for sure.

Another disturbance moves in Sunday with clouds, showers and storms, although the timing is still uncertain. For now, don't cancel Sunday plans, but stay tuned to our latest forecast for updates.

Our active weather pattern continues next week with highs in the 70s to around 80 and several days with the chance of rain.