Widespread damage from Monday night's storm can be seen across Massachusetts, from the flooded streets of Newton to a tree that came crashing down on a home in Blackstone.

Gale-force winds lashed much of the northeastern U.S. overnight, prompting flash-flood warnings and knocking out power to tens of thousands in the height of the storm. Thousands were still without power in Massachusetts Tuesday morning.

Wind gusts reaching up to 70 mph were blamed for a number of downed trees reported across the commonwealth, including in Ashland, Woburn, Westborough, Hopkinton, Blackstone and East Boston.

A Hopkinton police officer narrowly escaped injury after a tree fell on top of his cruiser and smashed the back window. Thankfully the officer, who was responding to reports of downed trees during the storm, was not in the vehicle at the time.

No serious injuries were reported as a result of the storm.

In East Boston, the wind stripped the metal siding right off of a home.

Meanwhile, in Brockton, the gusts only made the job harder for firefighters who were trying to put out one of the "toughest" fires the city's chief said he's ever fought.

"One of the toughest fires I've ever fought in a two-and-a-half story home, all related back to wind conditions," Brockton Fire Chief Michael Williams said. "Had a tough time containing it."

Fire officials said in a Facebook post that crews were responding to multiple calls about storm damage overnight, including a building that collapsed as a result of a fallen tree.

The fire department asked residents to be aware of their surroundings for the duration of the storm.

As heavy rain bore down on a large swath of southern New England, authorities warned of the potential for widespread power outages and dangerous street flooding.

Flash flood warnings were in effect for counties in Maine and several in New Hampshire through the early hours of Tuesday morning.

More than 15,500 homes and businesses were without power in Massachusetts as of 11:59 p.m. Monday, according to the Massachusetts Emergency Management Agency. At one point earlier in the evening, upwards of 46,000 had lost power in the Bay State.

In Connecticut, the fast-moving storm knocked out power to more than 32,000 households, utilities said.

Gale-force winds are lashing much of the northeastern U.S., prompting flash-flood warnings and knocking out power to tens of thousands. There has also been widespread reports of downed trees.

Elsewhere in the commonwealth, the state transportation agency said a portion of the eastbound Massachusetts Turnpike was shut down late Monday after a tractor-trailer rig jackknifed, spilling a large amount of fuel on the highway.

It was one of two separate tractor trailer crashes, police said. No serious injuries were reported, but state police lowered the speed limit elsewhere on Interstate 90 after a number of crashes blamed on poor road conditions.

In Warren, Rhode Island, heavy winds uprooted a large Burger King sign and sent it crashing to the ground. 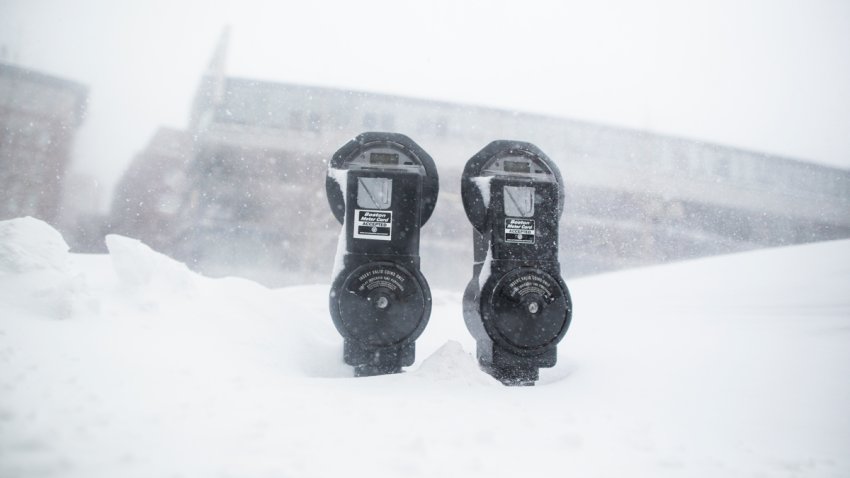 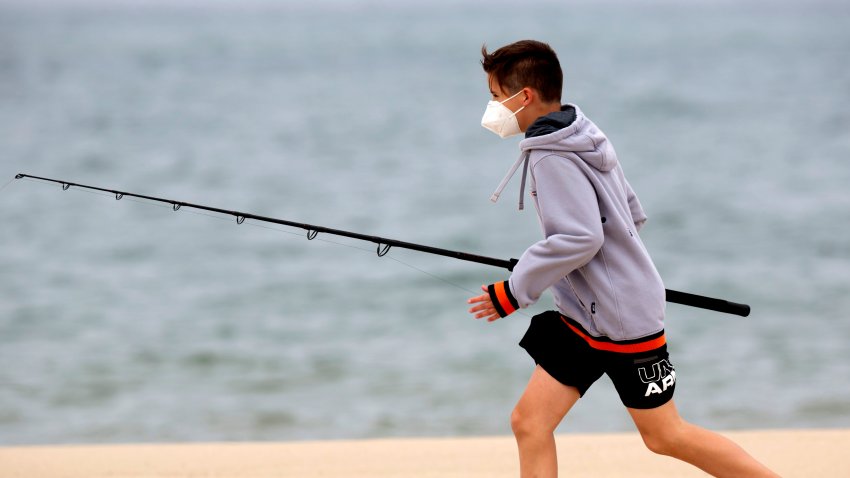