Clouds and Sunshine During Warm Stretch

The rain and showers that came through last night are associated with a strengthening low pressure center this morning that is now passing through northern Maine. For most of us the precipitation is over, however in northern Maine and the mountains of New Hampshire and Vermont we have snow continuing for a while this morning.

Otherwise it is a windy mix of clouds and sunshine today with temperatures again on the warm side, 40s up north to low 50s in the south.

Wind from the west is gusting past 45 miles per hour warranting a wind advisory from the National Weather Service for many locations. There could be some spotty damage and very localized power outages for a time today. But the storm center is moving right along and the wind should ease later today and tonight.

It is colder air coming in, but still not that cold for this time of year with temperatures bottoming out in the 30s to the south and 20s up north tonight. 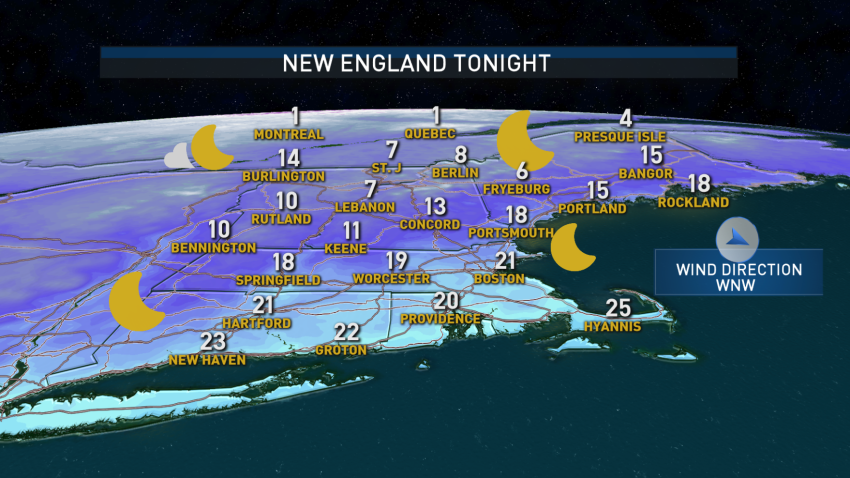 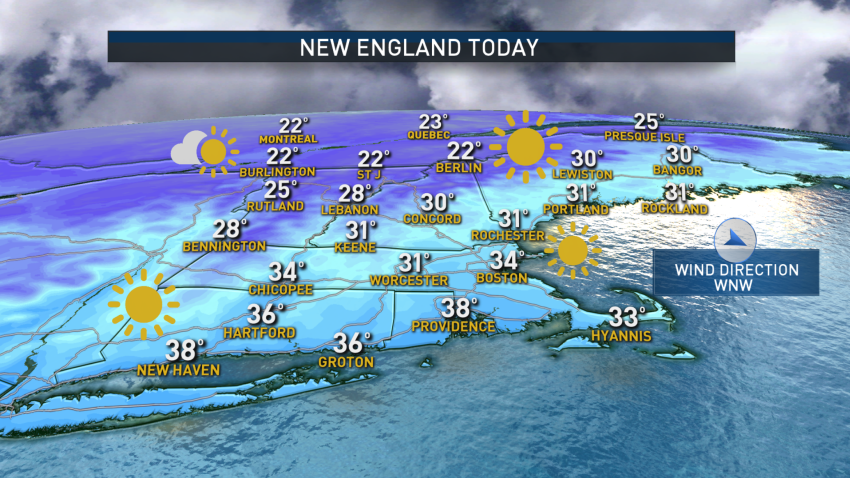 Cold Temps Close Out Weekend Before Spring Weather Moves In

Tomorrow looks like a nice day with plenty of sunshine in a high temperature in the 30s and 40s, to near 50° at the south coast with much less wind.

After high-pressure moves out tomorrow, we are monitoring two low pressure system is coming at us Friday.

One is a fairly weak low pressure system coming through the Great Lakes with an area of snow and rain. The other is a more intense low pressure system moving up the middle Atlantic states with rain and wind to our south. Earlier in the week we prognosticated that this could merge into a late winter storm over New England.

Temperatures are just too warm for a major snowstorm, with a high temperatures in the 30s for most of us, even some 40s in southern New England. Once again the stage is set for a nice weekend in New England.

Though it will start off on the cold side with highs in the 30s Saturday, we rebound to the lower 50s in southern New England Sunday afternoon. Another nice weekend followed by a warm up as seen here in our First Alert 10-Day Forecast.