"It's just a nice change of pace, and everyone's talking about the snow instead of who they're voting for," said one woman in Boston

Snow blanketed much of New England Friday for what was the first snowfall of the year for many across the area. Boston had never seen as much snow fall in October, let alone on a single day in the month.

Roads were slick and crashes were reported across the region, some resulting in injuries. The snow also knocked out power for thousands of people as the heavy snow toppled tree branches.

The snow was initially expected to accumulate somewhere between one to two inches in Boston, two to three inches in the MetroWest area and perhaps even more in Worcester County.

But Boston easily exceeded that total by 2 p.m., according to the National Weather Service. The 3.5 inches that had already come down by then -- with flakes still coming down -- set a record for October snowfall. It hit 4.3 inches by the evening, when the snow was tapering off.

The most snow that's ever fallen in a month in October, since records began, is 1.1 inches, according to the National Weather Service.

Families were playing in the snow, though it could affect trick-or-treating plans for the weekend -- Halloween is expected to be bright and cool, with highs in the mid-40s, and snow my still be on the ground.

"It's just a nice change of pace, and everyone's talking about the snow instead of who they're voting for," said one woman in Boston.

But the rain, slush and slow made driving tricky. Massachusetts' transportation department had urged people to clear off their cars before driving and leave enough space between cars on the road.

Officials also warned drivers to watch out for bridge decks and exit ramps, which can be especially slippery in the snow. Black ice was also possible when the temperatures drop.

There were crashes throughout the region. Among them: an SUV flipped over on Route 9 in Wellesley, causing minor injuries, and another went down an embankment and hit the side of a home in Leicester, though no one was hurt.

State police warned there were serious crashes across the state and urged drivers to account for weather conditions.

Snow accumulating on leaves made branches heavy, and many crashed off tree boughs, leaving visible damage behind. At one point, nearly 9,000 people were without power in Massachusetts Friday.

An early New England snow storm knocked out power in parts of Massachusetts and caused dangerous road conditions throughout the state.

More Coverage on the First Snowfall of the Season 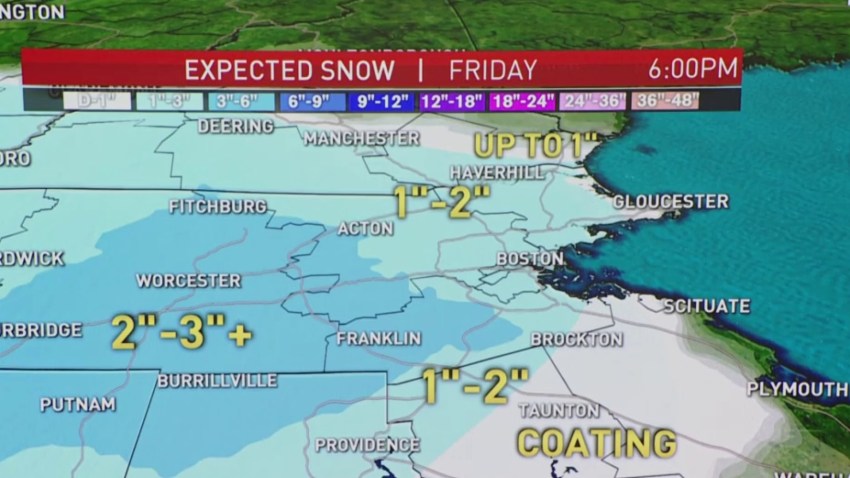 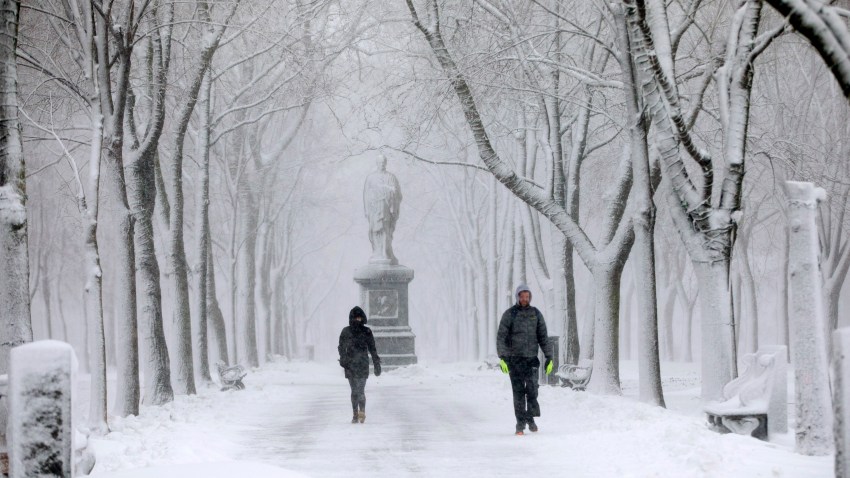