A large, upper level storm swirling in the sky over the Great Lakes is ejecting bundles of atmospheric energy east into New England, but they are spaced out enough to allow for decent weather between each disturbance.

The first example of this is Monday, coming off predawn showers and thunderstorms that woke Cape Cod residents up, but the instigating disturbance raced east, leaving a sizeable break before the next disturbance located over the eastern Great Lakes. In the space between, sun emerges across New England and temperatures respond by rising into the 70s for many and 60s in the North Country.

As the next disturbance approaches Monday afternoon, clouds will build from west to east with scattered and showers arriving to western New England out of Upstate New York. Although the biggest concern is cloud-to-ground lighting in western New England during the middle to late afternoon – remember, "when thunder roars, go indoors," if you can hear thunder, lightning is close enough to be a threat – one or two storms may reach severe limits with localized damaging wind gusts.

Salvation Army crews in New England are ready to jump into action if Hurricane Ian lives up to its potential and causes serious damage.

A severe thunderstorm warning has been issued for parts of southern Vermont through 4:15 p.m. Click here for the latest weather alerts.

As the storms press east, they’ll tend to weaken as the sun’s strength wanes, arriving to the eastern half of New England from 6-10 p.m., west to east, and perhaps as a dying shower to Cape Cod as late as 10 p.m. to midnight. This disturbance drags an attendant cold front through New England in a process that features slowly and incrementally dropping daytime highs through the week, though many communities will still reach 70 degrees Tuesday.

The next disturbance Tuesday will raise the chance of showers in southeast New England from mid-morning to mid-afternoon, and later in the day in northern New England, though anything that develops should be scattered. Wednesday brings a little cooler, little bit drier air, so fair weather clouds will be hard-pressed to deliver more than a few sprinkles south and a few afternoon showers in the mountains, otherwise the day will be fair. 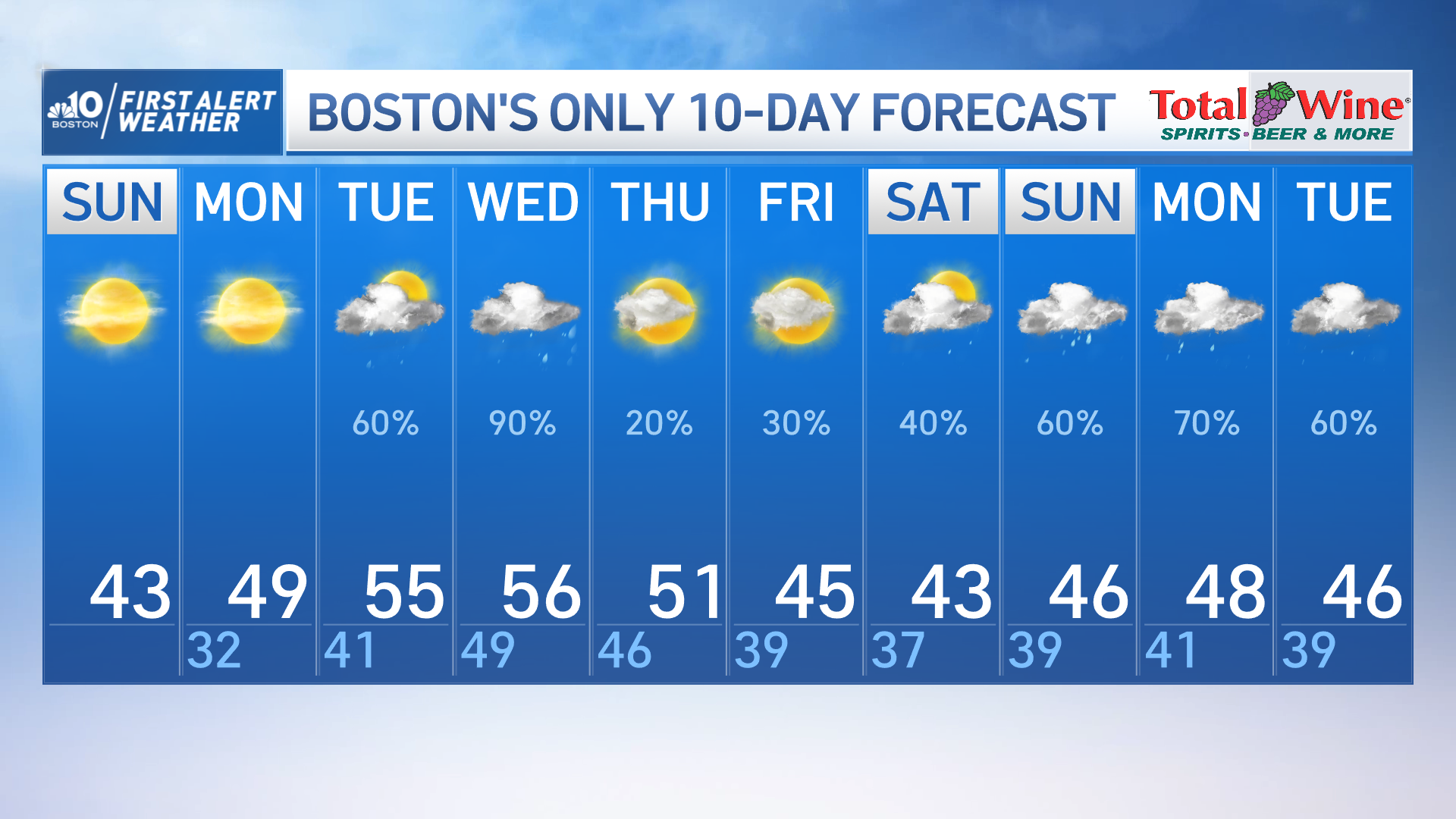 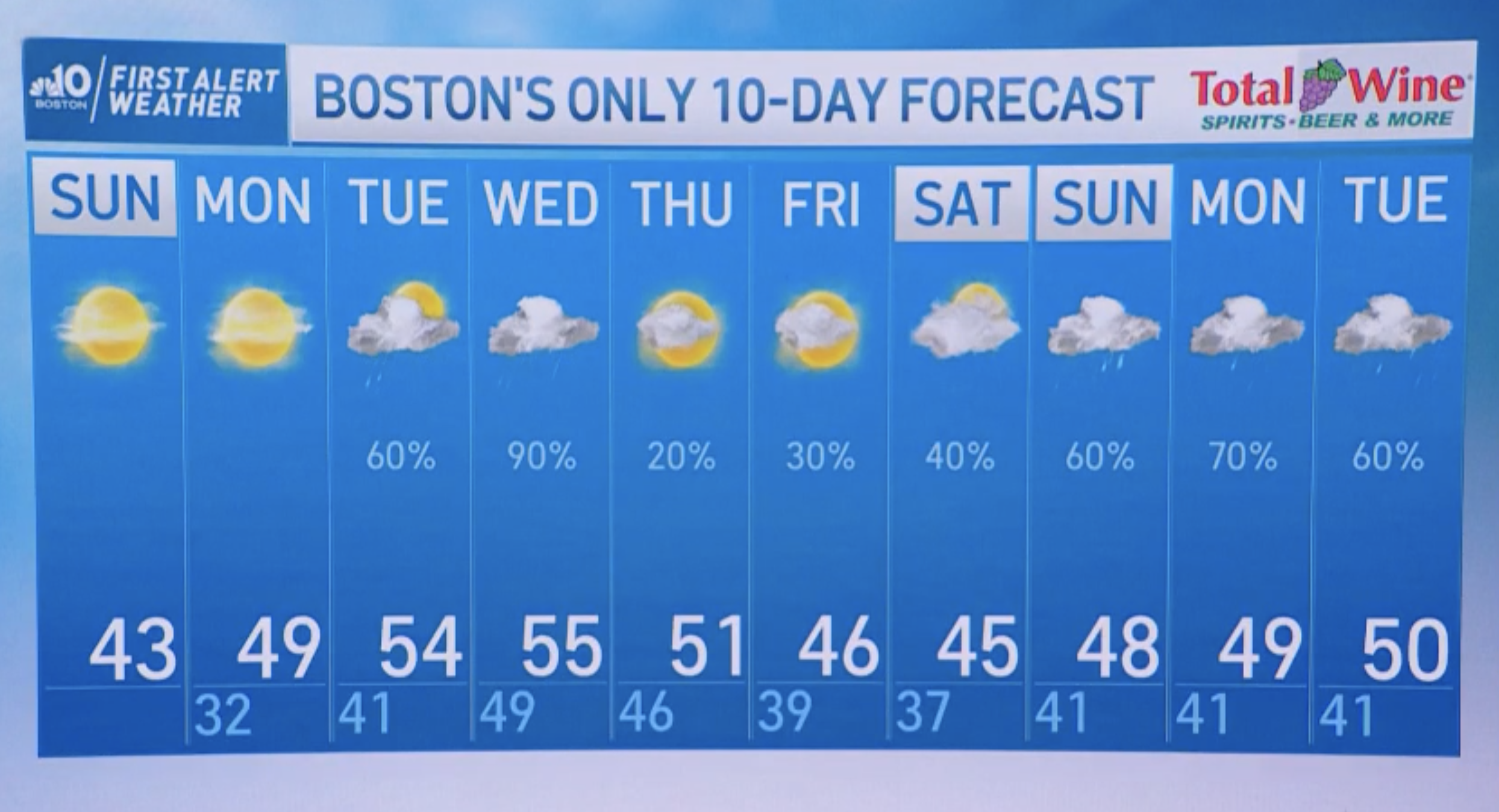 Thursday, Friday and Saturday all look fair and cool with any moisture from Hurricane Ian, well to our south, not arriving until perhaps a chance of showers late next Sunday into Monday. Of course, to our south in Florida, Ian is a big deal.  The hurricane is forecast to rake the western Florida coast from Tuesday through Friday, slowly chugging south to north, not making landfall until sometime Thursday night or early Friday in northern Florida with wind damage, flooding, storm surge and tornadoes all expected, with impacts as soon as Monday night in the Keys and lasting through Friday in parts of Northern Florida.