Tuesday should bring three to six inches of snow, with another coming Thursday night into Friday. Then snow chances may return as early as Sunday

Clouds increase overnight with snow returning to New England during the day on Tuesday.

Right now, three to six inches of snowfall looks likely for much of central New England, from northern Connecticut and Rhode Island to southern Vermont and Rhode Island. The snow should start light and fluffy in the morning and will become more packable toward the evening, when it's expected to stop.

Along southern New England's coast will fall a wintry mix that's closer to rain, while a line away from the coast from Norwich, Connecticut, to Providence to Plymouth, Massachusetts, should get one to three inches of snow.

We are going to see slick travel conditions for the evening ride home on Tuesday.

Wednesday and Thursday look to be a quiet period -- temperatures will stay below freezing. 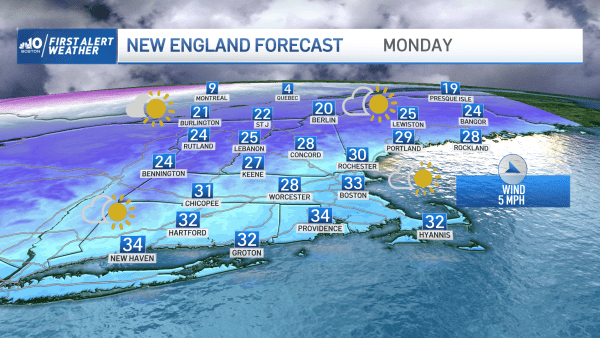 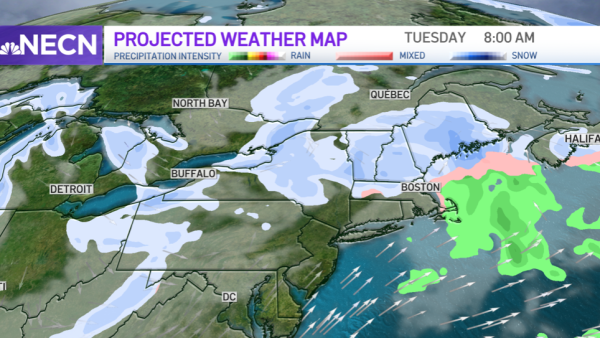 Thursday night into Friday, another storm system will move in, bringing with it another round of locally heavy snow.

This active pattern will roll on, and snow chances may return as early as Sunday. The next day that temperatures climb above freezing might not be until next Wednesday.

This does not look like the set-up in 2015 where we saw record amounts of snow, but we will see numerous, relatively weak systems move through over the next week to 10 days.