It's a scorcher on this Summer Solstice, the official start of astronomical summer.

The weekend will feature more 90s and humid conditions with a slight chance for a shower or isolated thunderstorm across Western and Northern New England.

Today also features the third consecutive day of 90-degree-plus temperatures in the Merrimack Valley, Southern New Hampshire, Champlain Valley and Northern Maine, which officially makes it a heat wave for these areas.

Boston surpassed the 90-degree plateau for the first time this year on Saturday, reaching at least 91 degrees in the city. Providence also got its first 90-degree day of the season.

There is an opportunity for pop-up showers and isolated storm for the mountains this afternoon, due to instability, but don’t expect any downpours ⁠— these cells will be short-lived and fizzle out as we lose daytime heating. Patchy fog may develop tonight along the South Coast, Cape Cod and Islands, which could be locally dense, with lows staying in the 60s to around 70.

Any morning fog should dissipate by late morning, with a blend of clouds and sun dominating Father’s Day. The clouds will keep us a bit “cooler” near the coast, but it will continue to stay hot inland, with temperatures into the 90s. Once we factor in the humidity, heat indices will be in the mid-90s and close to 100 degrees across central Vermont, New Hampshire and Maine. 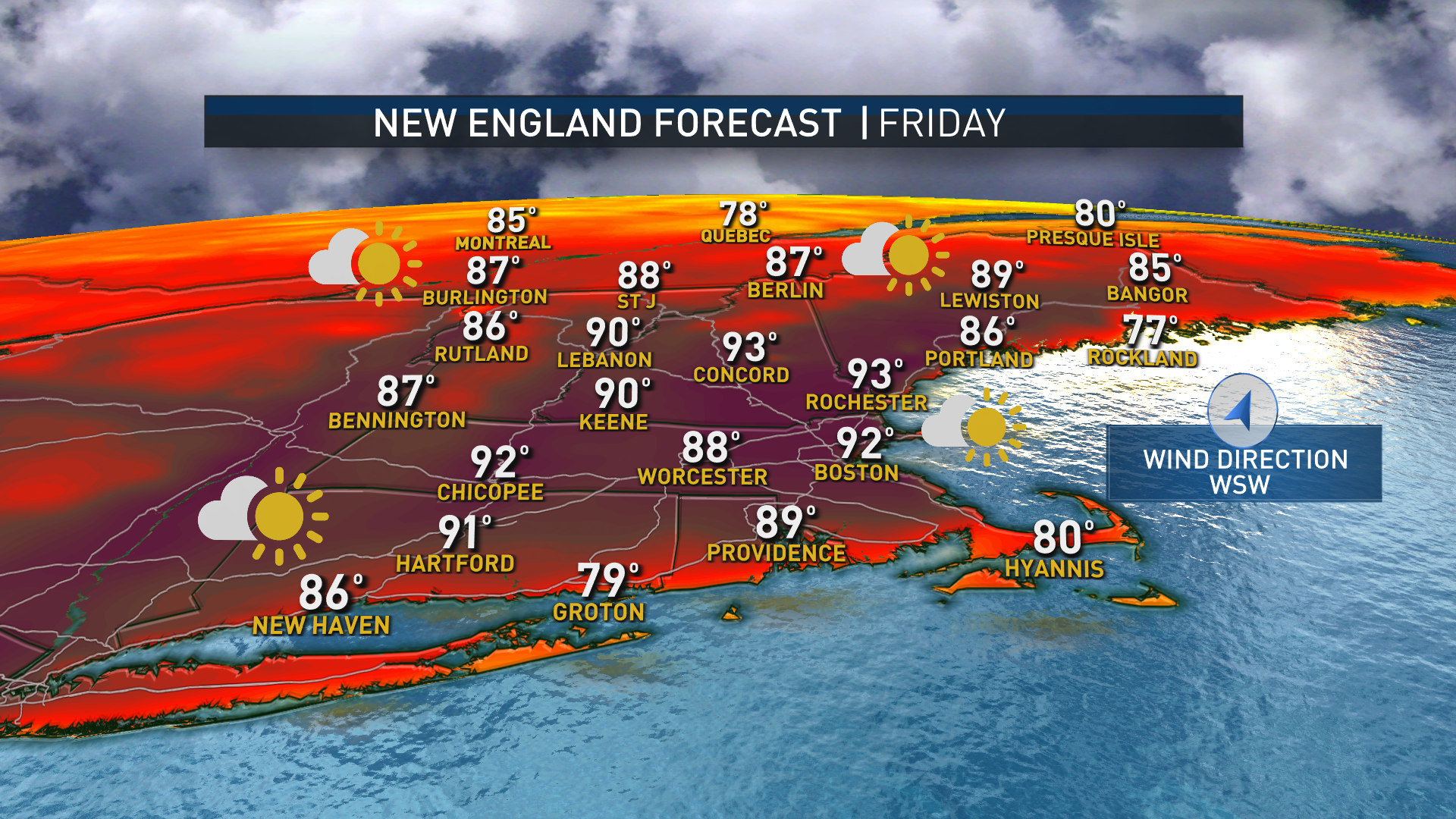 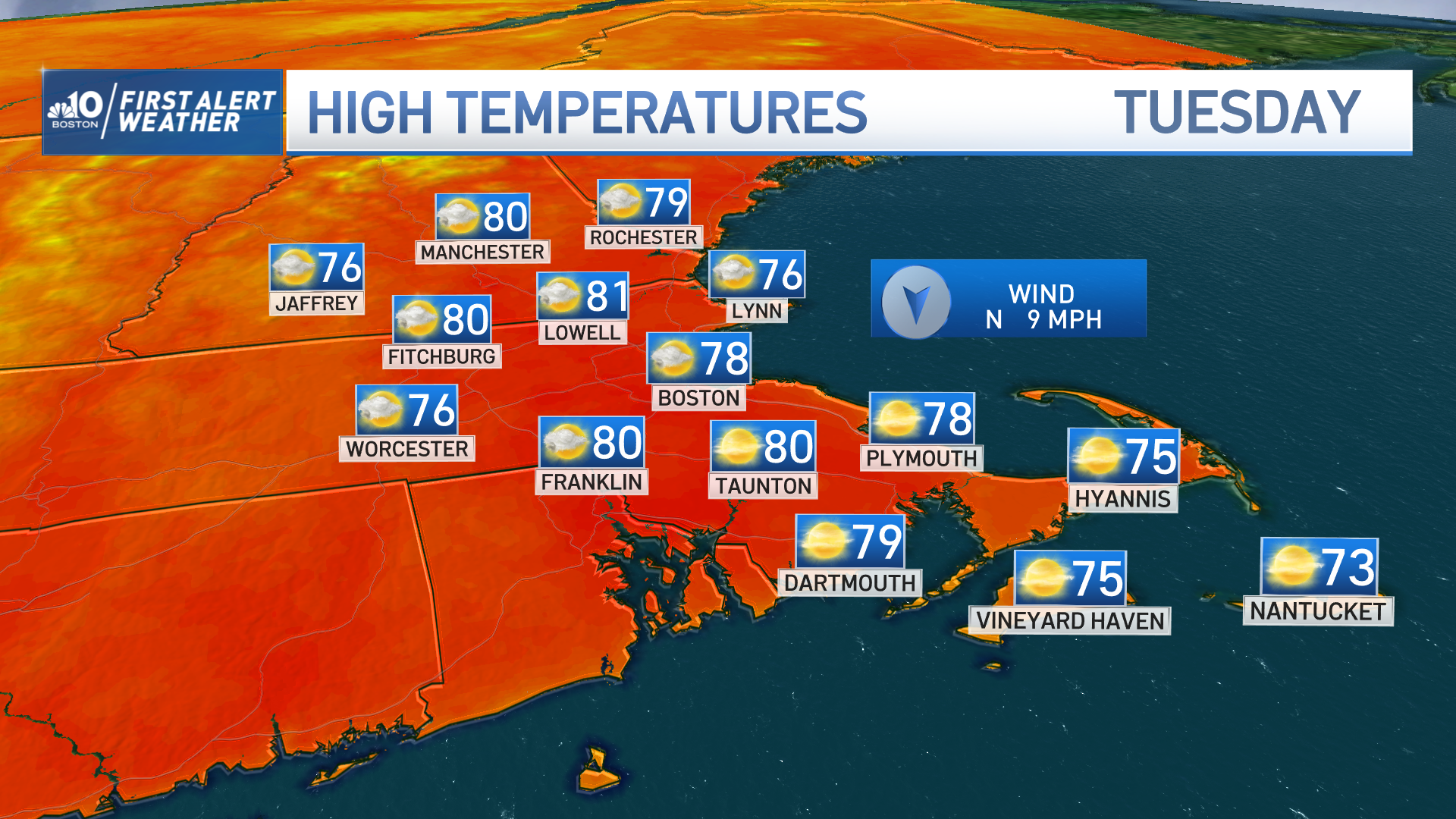 Pop-up showers will develop once again inland and across the mountains due to instability while most of us stay dry.

Our beach weather days continue into early next week as our pattern doesn’t change much — the next round for scattered showers arrives mid-week as a cold front becomes stationary and increases the chance for thunderstorms Wednesday and Thursday, with less humid air arriving by Friday under a mostly sunny sky and highs in the mid-80s.