We're About to Get a Preview of Summer Weather

While the increasing humidity will be palpable for New Englanders coming off such dry air that started the week, we’ll wait until overnight Saturday night for the first chance of more formidable showers

Slowly but surely, the air in New England is turning warmer and more humid through the weekend, from south to north.

The first sign of changing air was evident Thursday morning, with clouds and pockets of fog and drizzle, as the combination of an ocean wind and a general increase in moisture helped to saturate the air in eastern New England. This wasn’t the case for central, western and northern New England, where dry air drives the brush fire danger high again, but eastern areas see another day of moderate, rather than high, brush fire danger.

Of course, this doesn’t do much to change the astronomical pollen count that features nearly every kind of tree pollen except pine.

If it seems like allergy season smacked you in the face, or at least your nose and throat, this spring, you're not alone. Dr. Linda Dahl has tips about what you can do to stop the sneezing.

While an easterly wind will be light but persistent Thursday, meaning the coast will again be cooler than the interior to the tune of 60s rather than 70s, a change in wind direction is on the way. Friday’s wind will gradually turn to blow gently from the south, which, for most of New England, means warmer and more humid air filters in, but the exceptions this time of the year are always found near south-facing coasts, where a south wind blows over ocean water that’s only 45-50 degrees.

While ocean waves will steadily quiet in the days ahead, the phenomenon of milder and more humid air over cold water creates stubborn clouds, pockets of fog, occasional drizzle and certainly cooler temperatures, with at least some measure of cooling often able to extend 40 or 50 miles inland, into central and northern Connecticut, Rhode Island, much of Southeast Massachusetts and the Maine coast up to the Turnpike, where Friday through Sunday high temperatures will likely be in the 70s, rather than 80s farther inland.

While the increasing humidity will be palpable for New Englanders coming off such dry air that started the week, and will be evident with the clouds and fog at times, we’ll wait until overnight Saturday night for the first chance of more formidable showers.

With the jet stream nearby – the fast river of air, high in the sky, that steers disturbances – one impulse of atmospheric energy will raise the chance of showers overnight Saturday night, with a follow-up disturbance raising the chance of scattered Sunday afternoon showers and thunderstorms.

Warm and somewhat humid air will last into Monday with another chance of scattered afternoon showers and thunder associated with a passing cold front that will deliver pleasant and less humid air, with high temperatures either side of 70 degrees for most of the remainder of next week in our exclusive First Alert 10-Day Forecast. 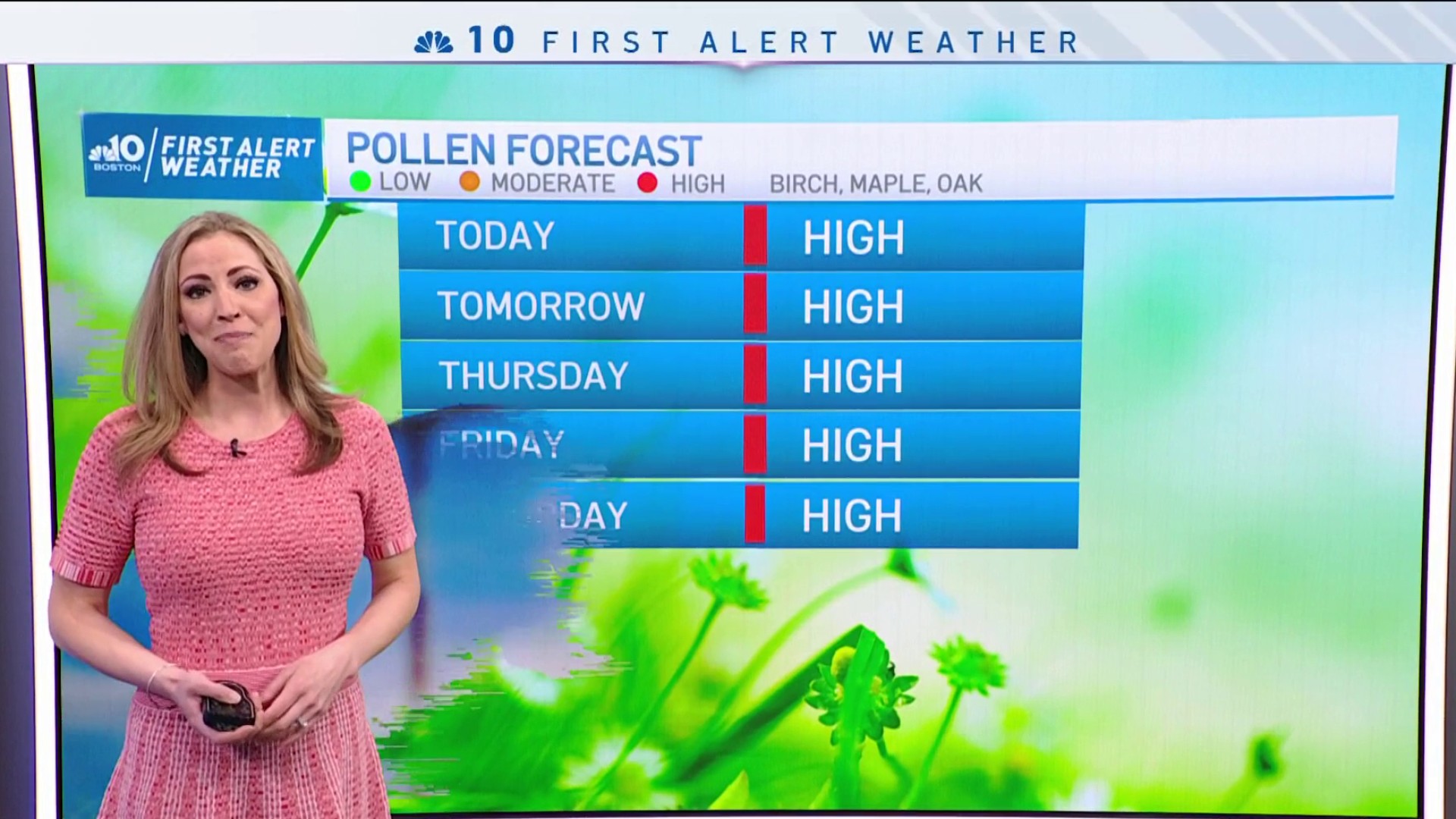 How the Weather Is Aggravating Allergy Symptoms 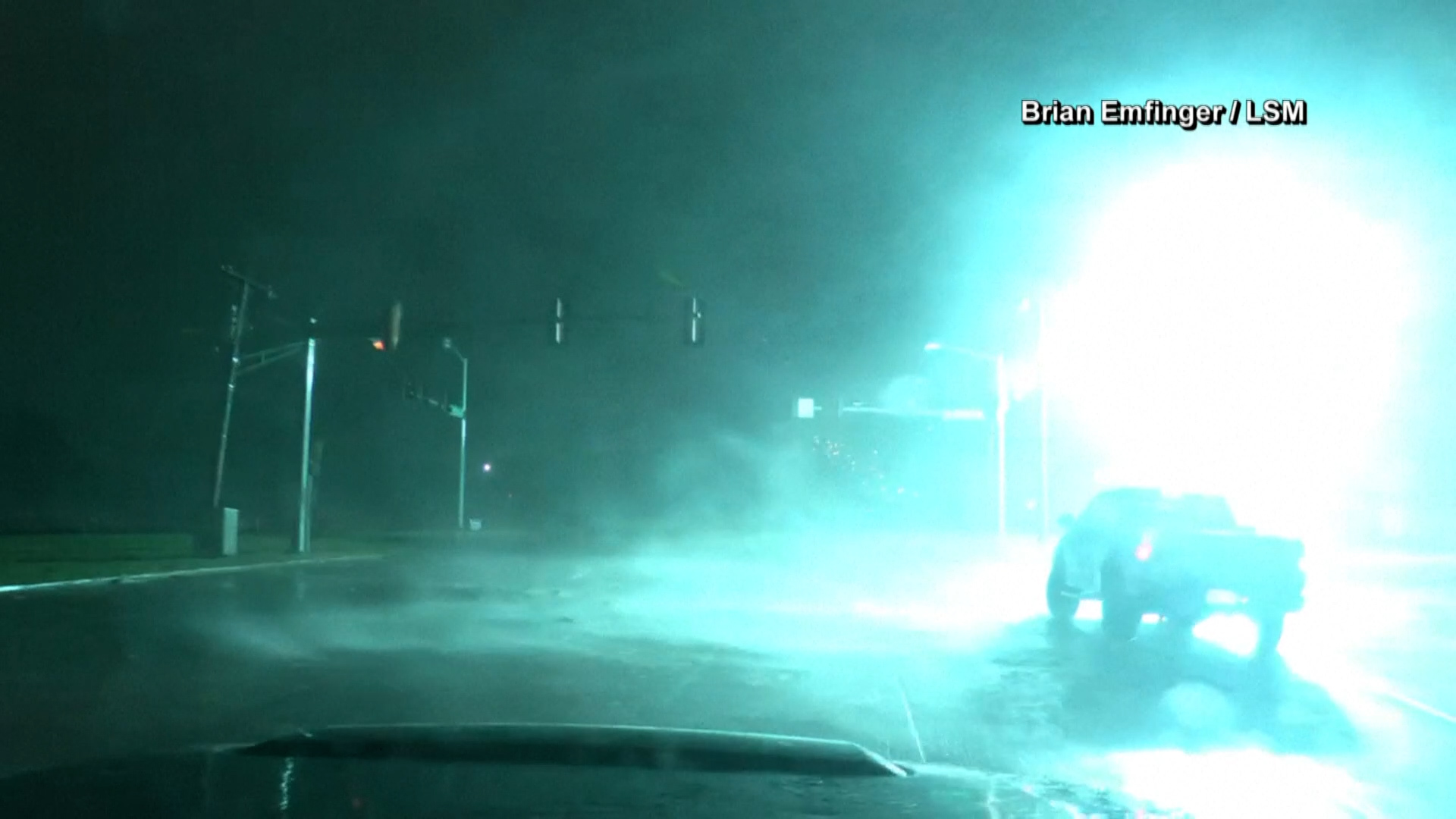