High temperatures in some areas reached or exceeded records set on June 7, 1999

Monday was the third consecutive day that hit 90 degrees or higher for much of New England, making this the first heat wave of 2021.

Many of the high temperature records tied or broken Monday are from 1999.

An area of high pressure near Bermuda will continue to circulate hot and humid air into New England through Wednesday.

In the morning, temperatures started off in the mid 60s to low 70s in Massachusetts communities like Worcester, Lawrence, Beverly and Boston. Dew points are in the low to mid 60s for most locations across the region.

An isolated shower or thunderstorm is possible across the Berkshires and Connecticut. Fog and low clouds are likely to linger near the Islands for much of the day due to the moist southwest flow over the open ocean.

Clouds increase overnight, acting like a blanket and keeping temperatures in the upper 60s to low 70s. A few locations could come close to breaking warm low temperature records.

Yet another hot and humid day is on tap for Tuesday with the exception of an increased threat of showers and thunderstorms. Some storms may produce localized flash flooding given the increased moisture available in the atmosphere. High temperatures again reach into the low to mid 90s with oppressive heat indices.

The middle of the week features continued anomalous warmth with highs in the mid to low 90s and a possible fifth day of 90+ degree heat. Oppressive humidity will be around with dew points around 70 degrees.

A backdoor cold front slides across New England Wednesday night, bringing some relief to the pattern of heat and humidity. High pressure slides in behind the backdoor cold front on Thursday, ushering in a much more comfortable air mass. Expecting highs only in the upper 70s to low 80s.

By the end of the week, even drier, more stable and cooler air moves in with highs reaching into the upper 60s, low 70s. This will translate to mild days and cool nights.

Looking ahead to the weekend, we're expecting a continued stretch of mild temperatures with the same ridge of high pressure remaining in control on the exclusive First Alert 10-Day Forecast on NBC10 Boston and NECN. 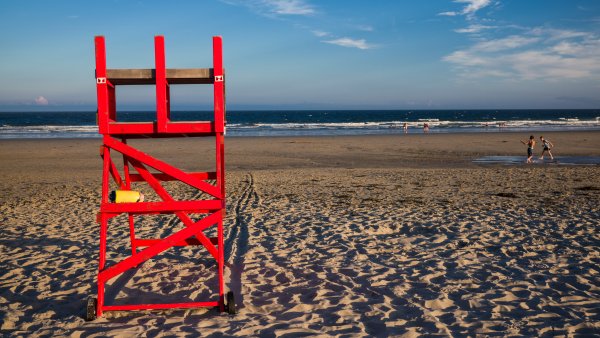