Drought and La Niña are contributing to this forecast

The National Oceanic and Atmospheric Administration on Thursday released the winter outlook for the 2020-2021 season across the United States.

But here in New England, we anticipate a slight chance of warmer-than-normal temperatures and an equal chance of above-, near- or below-normal precipitation.

Two factors that differ from year to year contribute to this forecast. One is the drought in some areas of the country, including ours, and the other is La Niña, which is ongoing in the Pacific Ocean.

First to the drought. New England has had ongoing severe-to-extreme drought all fall, but other parts of the country are also dry. The entire western half of the U.S. continues to see extreme to even exceptional drought.

Drought is widespread across New England, and some people are wondering if that may affect how trees change color this fall.

Conditions are forecast to improve across New England this winter. Unfortunately, conditions may worsen for California and the Great Plains.

La Niña is the phenomenon that brings colder-than-normal sea surface temperatures across the Pacific Ocean. Historically, our winter pattern during a La Niña has a jet stream amplified over Alaska and Canada, over a blocking high pressure system. The jet then dives south across the northern Great Plains and digs across the northeast.

There are several other teleconnections other than La Niña that bring us our winter storms, such as the Arctic Oscillation or North American Oscillation.

Also remember that these winter outlooks do not forecast snowfall amounts or specific storms, rather giving us an overall guidance on the winter season. Take it with a grain of salt! Weather Swings from Summertime Temps to Snowy Summits this Weekend 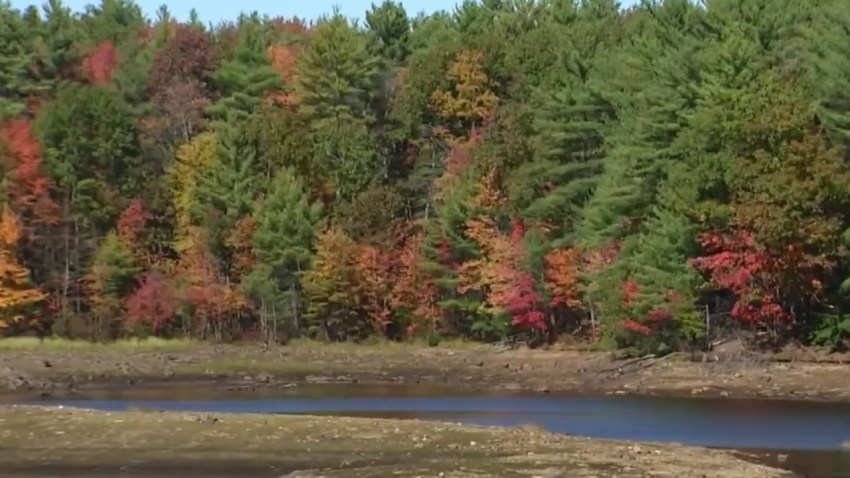