What We Know About Next Week's Expected Winter Storms

An extreme weather pattern across the United States will bring cold temperatures, sleet and snow to New England

Here in New England we have some of the most quiet weather in the entire nation. With sunshine fading this afternoon, temperatures are still on the cold side with highs in the teens north and 20s south.

Wind is mostly light from the northeast and east. 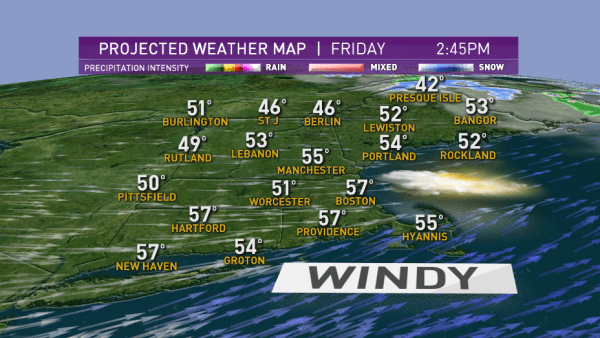 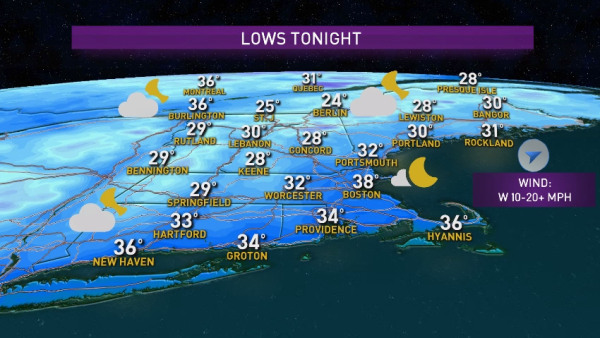 Expect road conditions to become icy from Boston to Hartford Connecticut and points south by 8 p.m. if not sooner.

The northern edge of that snow will probably end up just past the Massachusetts Turnpike, so along the Pike and points south, may get one or two inches of snow overnight.

The temperature will rise enough that the precipitation may change to sleet and rain toward Cape Cod and the Islands.

But it will be cold enough, even where it rains, for untreated surfaces to be quite slippery.

Most of central and northern New England probably pick up less than an inch of snow, but it will be slick to start the day tomorrow. Mixed precipitation should end in eastern New England by about lunchtime tomorrow with temperatures holding in the 20s north and 30s south. Not much sun is expected.

We are going to straddle the boundary between the extreme cold in Canada and the warmth off the southeastern United States for the rest of the week.

Monday looks rather gray with just some light snow or freezing drizzle, or plain drizzle near the south coast where temperatures will be close to 40°.

A more important storm moves over the mid Atlantic states Monday night, and will impact just about all of New England Tuesday. Southern New England will see snow change to sleet and rain, perhaps a prolonged period of freezing rain away from the coast.

Where the Tuesday system is all snow we can expect six inches or more. In southern New England though, it’s going to be an icy mess.

We will get a re-freeze Tuesday night with cold air coming back, likely setting up a dry Wednesday with temperatures near 30°.

The next storm arrives Thursday, again with snow changing to sleet, and then freezing rain is possible once again away from the coast. Mostly rain at the shore.

That could be a foot or more of snow on our mountains, and an inch or two of water where it is all rain.

The early call for next weekend is cold and dry, stay tuned to our First Alert 10-day forecast for latest updates.