Snow Headed Our Way on Friday?

Dry air ensures sunshine across New England today, though clouds will increase late ahead of a storm system moving east out of the Ohio and Tennessee River Valleys.

Though the bulk of that storm will miss New England to the south, the northern fringe will clip Southern New England on Friday...starting as flurries or light snow showers in Southern Connecticut and Rhode Island Friday morning...then expanding as light snow in most of Southeastern New England as the day wears on - particularly from midday onward.

There is still some variability in the forecast for this storm, so we're watching it closely and urge you to stay tuned to our updates, but the best estimate at this point is for a few inches on Cape Cod, with amounts dropping to the northwest with less than an inch in Boston's MetroWest. Even on Cape Cod, snow exits overnight Friday night, giving way to a fair and cool Saturday. 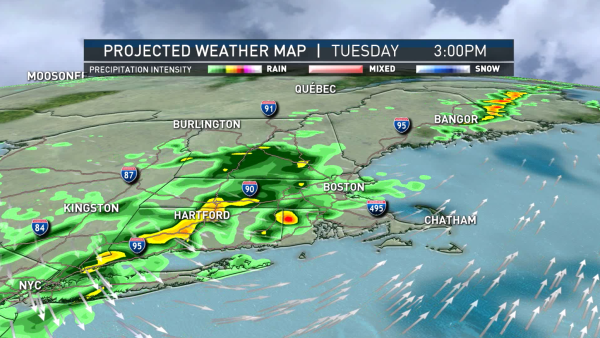 Storms Roll Through Boston Area Ahead of Gorgeous Stretch of Weather 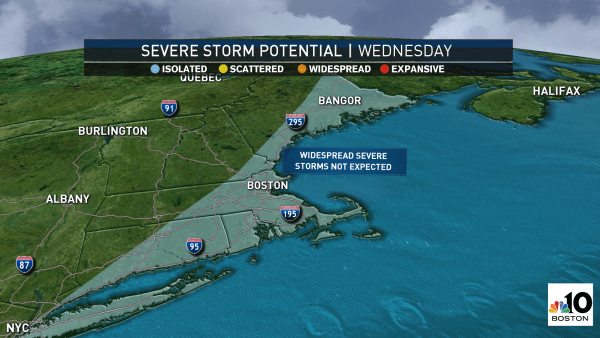 Saturday night may bring another round of light snow for New England - this time perhaps dropping a light accumulation on Central and interior New England locales that miss most of the Friday system.

Either way, sunshine gradually returns Sunday for another cool day before a warmup begins in earnest next week...continuing to look like highs in the 50s and 60s in our exclusive NECN Early Warning Weather 10-day.