We are tracking a pair of storms well out to sea this weekend that may have some impact especially at the beaches in southeastern New England.

The lower dew points, indicating a lower amount of moisture in the air, not only are making for a comfortable day across the region but also will allow overnight temperatures to bottom out in the 50s north and central and around 60 south.

In northern Maine, where a second cold front will touch off a few evening showers, the new air that follows overnight will allow low temperatures to dip into the 40s! Both weekend days will be defined by a stiff northeast wind in eastern Massachusetts and Cape Cod, sandwiched between a high-pressure dome building in from the north and a storm moving to the south of New England from the Mid-Atlantic coast into the Western Atlantic. 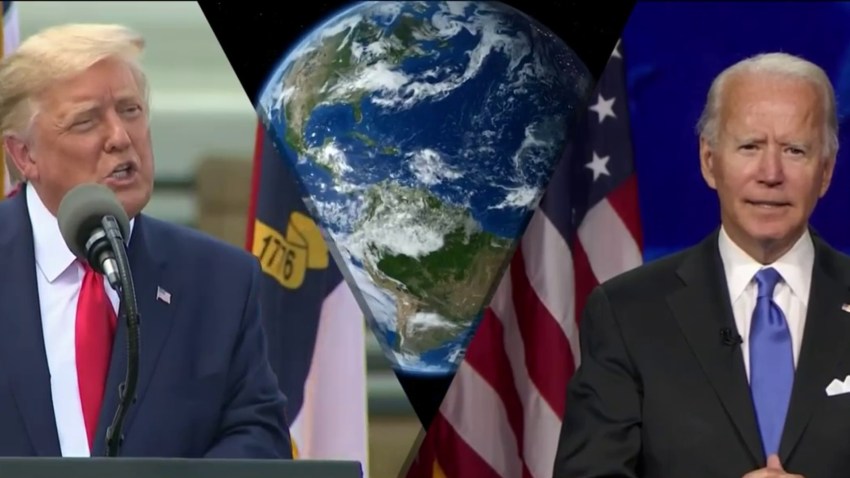 Gap Between Trump and Biden on Climate Change While it's worth noting that southern storm center is being monitored by the National Hurricane Center for the low possibility of becoming a tropical depression or storm, the bigger influence at home in New England will be to increase the northeast wind to a steady 10 to 20 mph Saturday with gusts to 30 mph, especially at the coast where a high surf advisory in effect for tomorrow.

This will keep us relatively cool at the beaches, particularly by evening when a sweatshirt would be a great idea to pack, and will also increase brush fire danger Saturday given how dry conditions have been lately. Keep in mind that tossed cigarettes and poorly managed fires like brush burning and campfires are the biggest cause of brush fires in New England.

Low clouds and spotty drizzle or light rain are possible in southeastern New England, but we are brighter and mostly dry north and west.

The Yale Program on Climate Change Communication has been taking the pulse of Americans' opinion on climate change for more than a decade. Senior Research Scientist Anthony Leiserowitz discusses the active and sophisticated disinformation, misinformation campaign involved in climate change politics.

Sunday brings mostly cloudy skies to southern New England and sun to increasing clouds in the northern half of the six-state region as a new weather system draws closer from the south and west.

This next system will bring an increased chance of rain Sunday evening and night with some lingering showers possible Monday, but isn't likely to deliver the significant rain so badly needed in the ongoing drought. Rather, the transient area of showers will depart Monday for returning sun and temperatures generally in the 80s next week, with a chance of scattered thunder particularly on Thursday, then again next weekend as both heat and humidity rise.