Because the ground is so wet we will probably have some patchy dense fog with temperatures in the 20s. Where it snowed, serious black ice may develop overnight.

For the second time in five days, we had rainfall measured in inches across most of New England. Likely one of the top wet weeks of 2020, it went a long way to help alleviate the drought.

It was a rather unusual storm as a cold front went through before the storm developed. That put us on the colder side of the front with a new low-pressure system developing south of Nantucket riding into the Gulf of Maine and intensifying Saturday afternoon.

It’s very unusual to have heavy rain and wind from the northwest, that’s what happened this morning, with temperatures only in the lower 40s, by far the coldest and wettest we’ve seen since late last winter. Also, the amount of snow is rather surprising with 5-10 inches even at some lower elevations in far northern New Hampshire and parts of Maine. 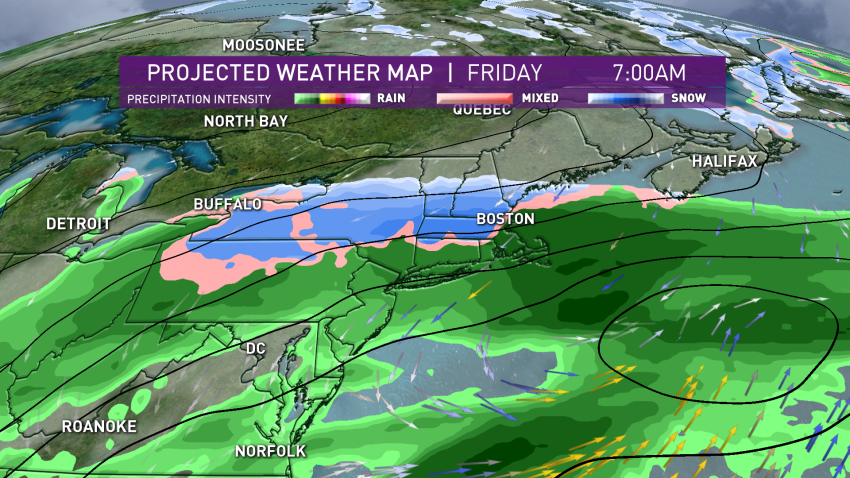 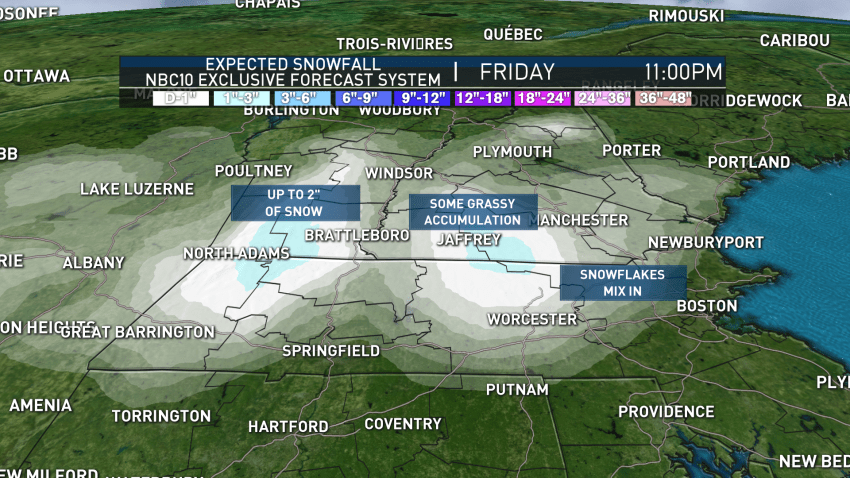 Ready or Not, Parts of New England Could See Snow Friday

It was an overachieving snowfall, with snowplows being deployed about a week or two ahead of the climatological average for the first heavy snow of the season. In fact, it was so heavy that branches broke in some areas with spotty power outages.

It’s a completely different weather though the afternoon, with sunshine expanding from southwest to northeast, and the temperature rebounding into the 50s.

We had wind chill factors near freezing this morning, but the wind subsides rapidly toward sunset. With high pressure right over us, tonight will be clear and cold with a heavy frost and freeze.

And because the ground is so wet we will probably have some patchy dense fog with temperatures in the 20s. Where it snowed, serious black ice may develop overnight, so we may have road crews out again tonight to help melt black ice tomorrow morning.

Our Sunday looks beautiful with high pressure and sunshine, temperatures near 60 degrees with light wind. Hopefully, the Patriots and Broncos play their game under this beautiful sunny afternoon.

Thereafter the weather is quite complicated with a new front stalling over New England, with off-and-on rain for mostly northern New England much of the week, with a warming trend in Southern New England as seen in our First Alert 10-day forecast.