The old record high for January 11 was blown away, and it's just the third time that Boston has ever seen a 70-degree day in January since weather records began

A spring-like day arrived in New England Saturday, with high temperatures in record territory for many cities and towns.

By noon, Boston hit 67 degrees, smashing the old record of 62, set in 1975. Before 2 p.m., the thermometer read 70 degrees – making Saturday just the third time Boston has climbed to 70 degrees in January since record-keeping began in 1872, according to the National Weather Service.

That mark of 70 degrees in Boston is usually the high temperature for May 21.

Hartford, Providence and Worcester also saw record daily temperatures, which ran 30 to 35 degrees above the average, the National Weather Service

The highest temperature ever recorded in Boston during the month is 72 degrees and we have a chance to come very close to that Sunday.

Boston wasn't the only place in record-breaking territory. Providence topped its old record of 61, also set in 1975. 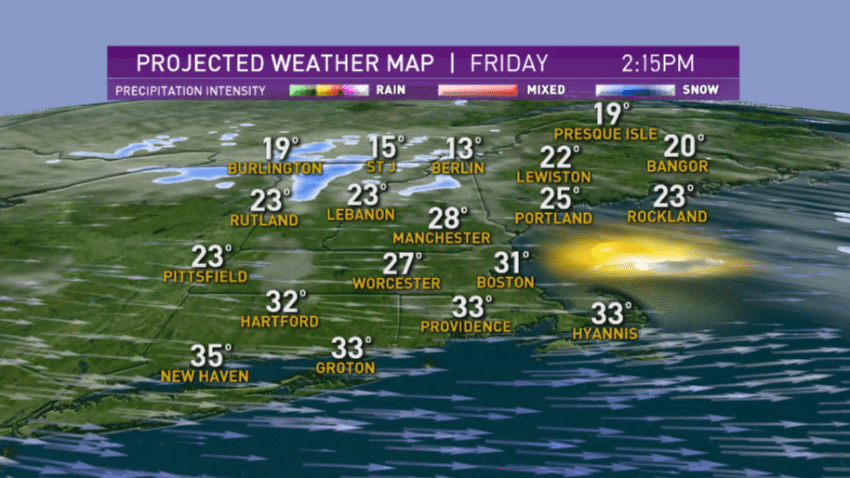 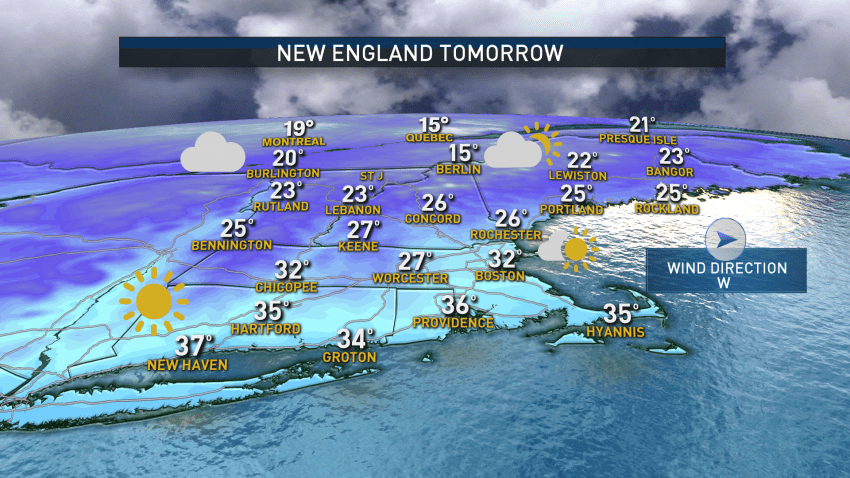 What's behind this very unseasonable warmth? A strong storm system in the Midwest that's pumping warm, even muggy air north.

Southern New England is matching its temperatures in the 60s with mostly cloudy skies and just a spot shower. Even in ski country, temperatures will climb into the 50s; there we’ll have more widespread showers.

That same pattern continues Saturday night, with temperatures staying in the 50s for many, courtesy of a gusty southwest wind that frequently reached 40 miles per hour. The exception is far northern New England, right near the international border. Colder air will spill out of Canada and start to turn things snowy and icy there.

Sunday brings a huge split across New England. Temperatures will range from near 20 in far northern Maine, to the middle 60s in much of southern New England.

The morning will be very active, with a line of downpours and thunderstorms in the warm air in southern New England, and freezing rain in parts of far northern New England. That ice will create slippery travel, and perhaps even some isolated power outages, from the Champlain Valley into the Mount Washington Valley, and through most of Maine away from the immediate coast.

Conditions will improve during the afternoon as skies partially clear and cooler air flows in on a northwest wind.

Early next week starts cooler, closer to normal, and quiet. Monday will only reach the upper 30s, which is closer to average for this time of year. We’ll see a wind off the water and that will keep things cool.

A few light rain or snow showers are possible late Tuesday into Wednesday, with a more organized storm possible late Wednesday into Thursday. That would also likely be a mix of rain and snow across New England.

High temperatures throughout the remainder of the week should stay in the 40s until Friday, when the coldest airmass so far this season will be heading our way.

For those hoping for winter, there are signs of a colder, and perhaps snowier, pattern, taking hold by next weekend.

Asher Klein contributed to this report.