Unseasonably Warm, Mainly Dry Week Ahead, With Highs Well Into the 70s

What a night for baseball! Temperatures will be in the low 60s for the duration of Monday's Red Sox game at Fenway Park -- unless of course they go into extra innings again, in which case, we’ll cool off a bit more, into the 50s.

Here’s hoping we can finish the Rays off with a win tonight at Fenway!

Some patchy low clouds and fog will fill in Monday night but burn off Tuesday, giving way to partly sunny skies and highs in the low 70s. In fact, this is a wash, rinse, repeat type forecast – with very similar days again on Wednesday and Thursday. 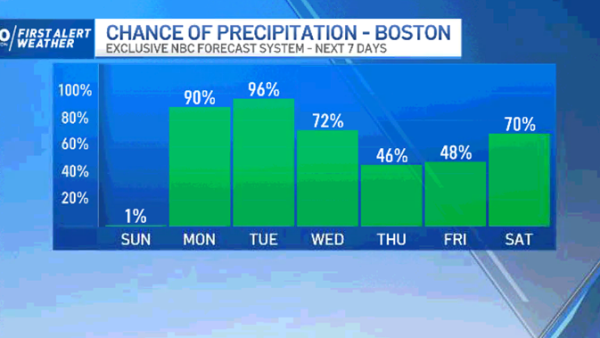 Rain to Move in Monday and Linger For Days 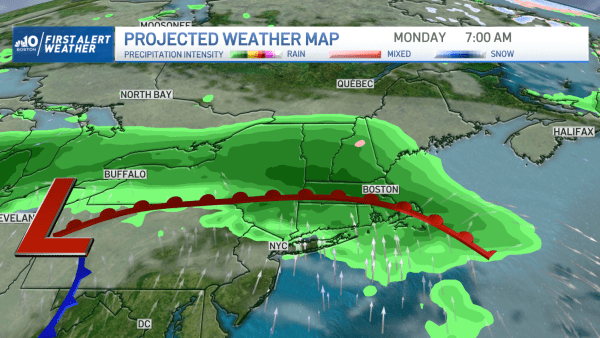 There may be a few light passing showers later Wednesday (in the north) into early Thursday morning, but aside from that, no considerable rain is in the forecast until the weekend.

Right now, an approaching front will bring increasing clouds and an increasing threat for rain on Saturday from west to east.

The boundary should push off the coast early Sunday morning, meaning clearing skies and a cooler northwest wind takes hold. Until then though, we’ll see highs in the 70s for much of the week before dropping back to more seasonable levels by Sunday and into next week.