Wind from the west/southwest continues to gust past 30 mph, adding an extra chill to the air

We have a wintry start this Friday morning. The storm that brought all the rain, snow, and especially wind, from Thursday has slowed down in southeastern Canada, which means we remain on the windy side today, with plenty of sunshine this morning, mixing with fair weather clouds by lunch time.

The exception is where the wind blows up the mountains especially from the Great Lakes, where it continues to snow in parts of Vermont, northern New Hampshire, and a bit of west central Maine. Some of those locations are now passing a foot of snow with this storm. Another great ski weekend is in store.

Temperatures this afternoon will top out near 40 degrees in Southern New England, and 30 degrees north. 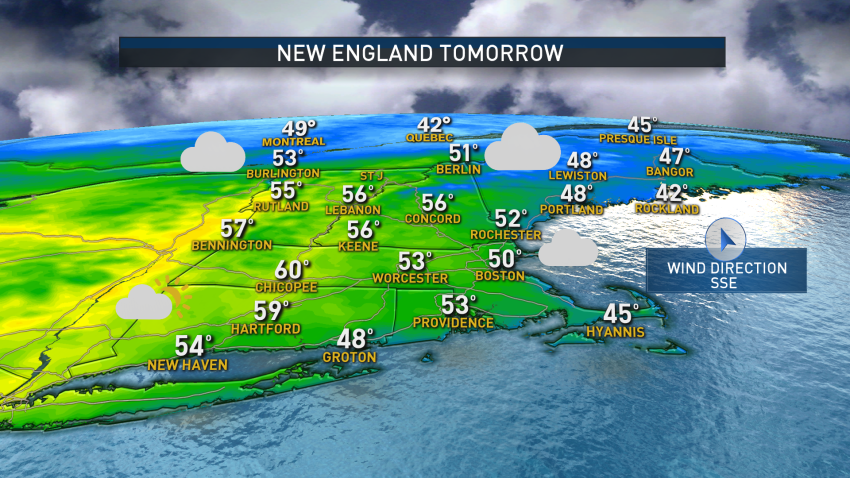 Some Sun to Shine Through This Weekend

Wind from the west/southwest continues to gust past 30 mph, adding an extra chill to the air.

The wind eases tonight and Saturday, with partial clearing, overnight low temperature in the teens north and 20s south. The atmosphere becomes a little bit more humid Saturday allowing for a build up of clouds once again, especially in the higher elevations where spotty snow showers are still ongoing in Vermont.

The high temperature Saturday will be in the 20s north and 30s south, with wind from the west 15 to 20 mph.

High pressure finally moves over on Sunday with drier air and less wind, but we are still cold with temperatures starting off in the single numbers and teens in the morning, climbing to the 20s and 30s again in the afternoon.

March comes in like a lamb, even though it is on the cold side.

Monday we have clouds with a chance of some light snow in the higher elevations and rain elsewhere. At this time it does not look like much of an issue. Temperatures will be in the 30s north and 40s south.

The forecast map after that gets more challenging, as there is a boundary over New England all the way back to the Southern Plains. Waves of low pressure rippling along will bring off-and-on light rain, perhaps mixed with snow north.

It looks like another warming trend for mid week, before cooling off late week, as seen here in our First Alert 10-Day Forecast.