Tuesday Likely to Be Best Travel Day With Snow, Rain Ahead

An active first half of the week is shaping up for New England, weatherwise, as a burst of rain delivering temperatures in the 60s Monday will be followed by only one quiet (and continued mild) day on Tuesday, before a colder storm delivers rain and snow on Wednesday.  Of course, Tuesday already has become busier than Wednesday leading into Thanksgiving on the roads of New England in recent years, and that likely will only be compounded by the fact that it now features our only day that will be completely problem-free for New England until Thanksgiving Day.

For those able and interested in getting an early start, this afternoon (Monday) and evening actually will be fine for travel, too - only isolated showers will remain, and temperatures will be mild.  Here's the 7 PM map for this Monday evening - forecast radar on the left, forecast temperature and wind on the right - no significant widespread fog is anticipated, either!

Tuesday brings a break in the action entirely.  Abundant clouds aloft will filter and dim the sunshine through the day, but mild air will linger.  Below is a map of moisture at about 30,000 feet (left), with clouds drawn as yellow and green, and surface temperature and wind (right), valid at 2 PM Tuesday:

All the while, cool air will slowly be settling into Southern Canada and Northern New York State (in the Tuesday map, above, note the temperatures in the 40s for northwest New England and Northern New York State), and by Wednesday morning, the air will be marginally cold enough for rain or snow.  At the same time, a storm system taking shape along a stalling frontal boundary off the East Coast will be spreading precipitation - mostly rain, but snow for some - northward up the Interstate 95 corridor.  Note the forecast radar map for Wednesday morning at 7 AM:

Travel south out of New England will be slow, right out of the gate, Wednesday morning, with rain along Interstate 95, and snow in the mountains and hills of Virginia, West Virginia and Pennsylvania.

Thereafter, the storm will move north an impact New England with rain, changing to snow for many, though not all.  This storm, as of this Monday writing, has remarkably low predictability - in other words, if you examine all possible scenarios for Wednesday into Wednesday night and look for agreement, you'll find no more that 10% of the available solutions in agreement.  What this suggests, is that you, the user of forecast information, and I, the meteorologist, should be very careful how much trust we put in the details.  That is, a forecast of rain moving in and changing to snow, particularly through the interior, during the day Wednesday, is a pretty safe forecast.  Issues of rain/snow line placement, hour-by-hour forecasts, and precise snow amounts will very likely be broadcast today, but the uncomfortable part about this, is you're walking a razor-thin margin, scientifically, if you put too much trust in these solutions that cannot carry more than 10% predictability.  So...I encourage all to take the storm forecast into account and do our best to plan around it - a miss is not at all likely, and even rain would substantially impact travel Wednesday.  That said, use caution, particularly on the southeast side of the forecast snow shield, as a deviation farther northwest is still quite possible.  For now, here's the "best estimate" of Wednesday afternoon's map, around 1 PM:

By Wednesday evening, after hours of snow, particularly for interior locales, roads and highways, alike, will likely be snow-covered, even into interior Southern New England, especially if this projected map at 7 PM Wednesday evening, is close to correct:

When all is said and done, over half a foot is possible for some of New England, though the storm should depart overnight Wednesday night, leaving chilly but quieter weather for Thanksgiving Day.  When airing this map of early snow amount thoughts on NECN, I explained the low predictability explained above.  Though this map didn't have numbers on it (very intentionally!  With such low predictability I'd rather not have hard and fast numbers flying around the internet when we still have another 48+ hours to gain clarity), if I were to have assigned numbers, they would have been 1", 3" and 6", from outside to inside contours.  That said, I have learned time and time again that snow forecasts outside of 24 hours will often have to be amended, so while this is probably a decent first-guess, expect it to change by Tuesday morning's NECN broadcast:

I expect two things to happen in the next 24 hours - 1) The northern edge of the precipitation shield will become sharper, and 2) the placement of heaviest snow potential either will be nailed down, or migrate in response to the most likely track of the storm center. 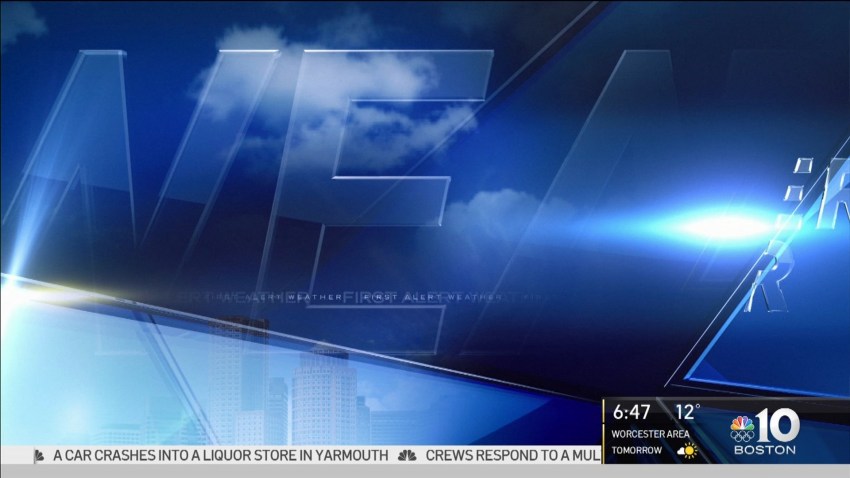 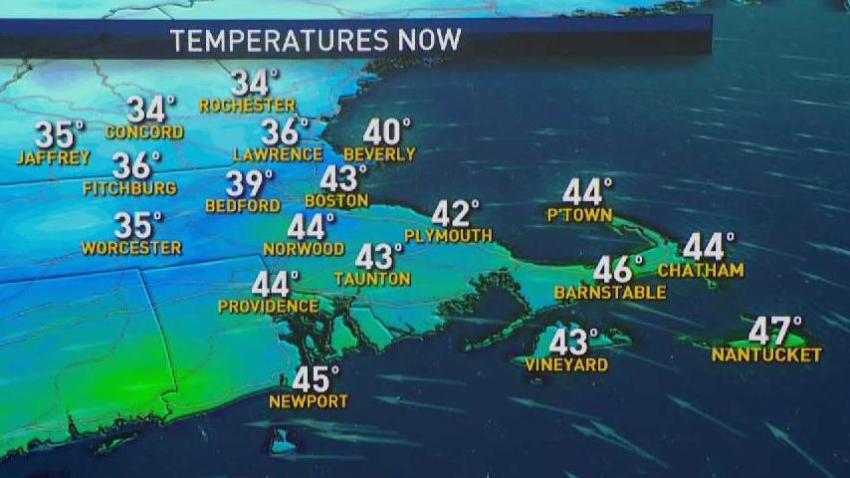 I'll be eager to update you again Tuesday morning on NECN!