A judge Tuesday ordered a California man to be held without bond, a day after he was arrested near the Democratic National Committee Headquarters in Washington, D.C., where police say they found weapons in a pickup truck displaying white supremacist symbols.

Court documents showed the man, 44-year-old Donald Craighead of Oceanside, California, making a series of racist, bigoted and otherwise bizarre comments to law enforcement officers before and after his arrest.

Craighead "exhibited signs of possible mental illness" throughout an interview with two special agents Tuesday morning, the officers said in a court filing summarizing the incident.

"Specifically, the defendant advised that prior to being stopped by the police, he was 'patrolling' for individuals that were trying to change his magnetic frequency, and the gay families behind the September 11th attack that have stalked him for years," the agents wrote.

Craighead was charged in Washington Superior Court with carrying a dangerous weapon outside his home or place of business. An attorney for Craighead pleaded not guilty on his behalf and told the judge that "most of his history, with the exception of one incident," is nonviolent.

Magistrate Judge Lloyd Nolan Jr. ordered him detained without bond until his next court date Sept. 28.

Craighead's arrest early Monday morning came less than a week before people were set to gather at the Capitol for a rally in support of the hundreds jailed in connection with the deadly Jan. 6 Capitol invasion. 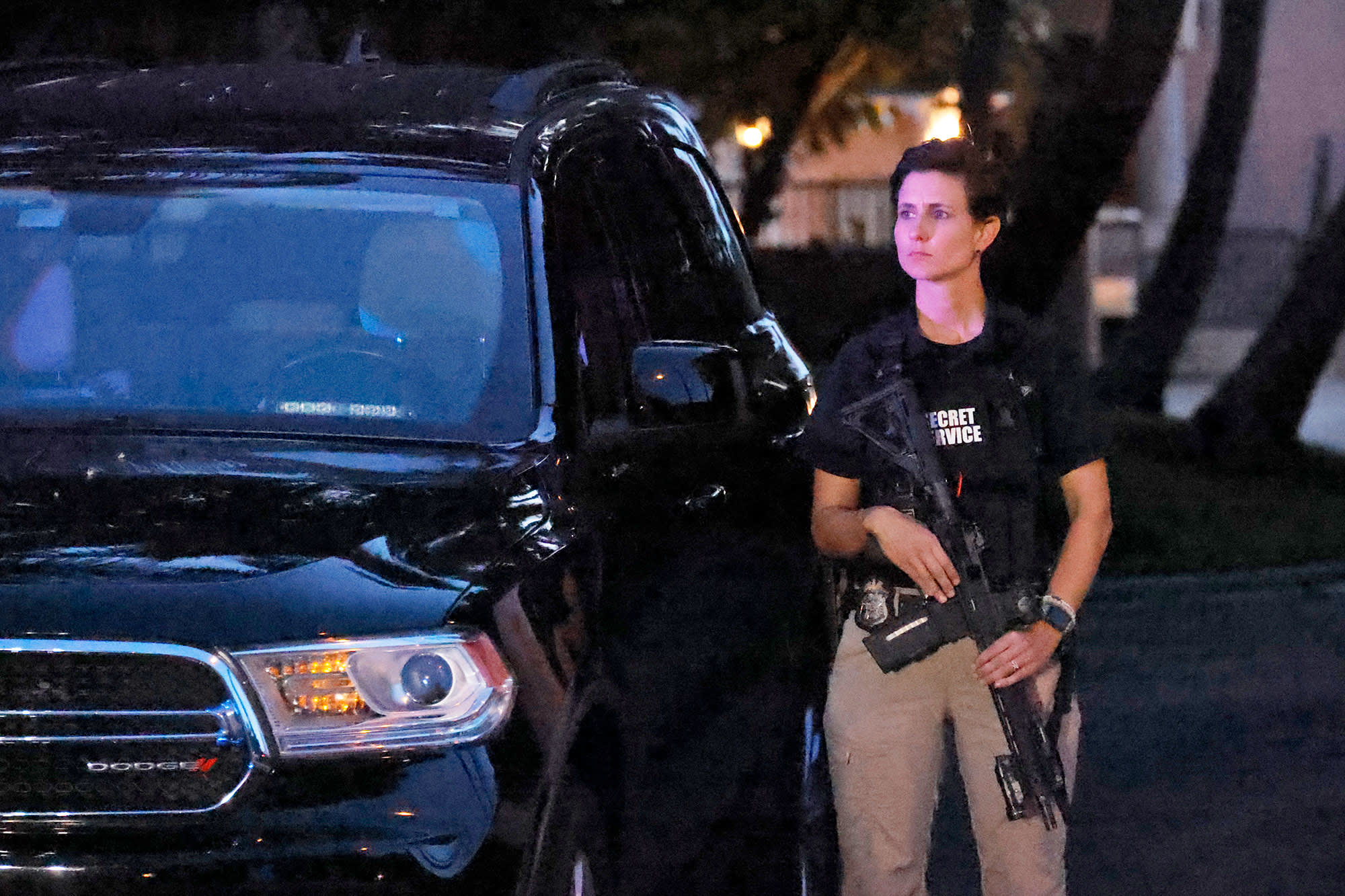 The Capitol police are monitoring "concerning online chatter" surrounding that rally. The department said it will put up a temporary fence around the Capitol building, and that it will be prepared to deputize outside law enforcement officers.

Craighead was stopped around midnight Monday after officers noticed the truck — which had a Nazi swastika painted on the driver's side mirror and an "American flag printout" where the driver's license should be — idling in front of the DNC headquarters building, according to an affidavit.

Once stopped, an officer noticed "a large single edged bayonet style knife with a blade approximately 15 inches long" on the passenger's seat of the Dodge Dakota pickup, the affidavit said. Another court document said that upon further review, that item was actually a large hunting knife with a blade roughly 7.5 inches in length.

Craighead was placed in handcuffs. When asked whether there were more weapons in the truck, he told officers about a 21.5-inch-long machete in a black sheath on the front dashboard, according to the affidavit.

Craighead then asked one of the officers why he was being pulled over "when there are Brown people hurting white people," according to the affidavit.

Craighead used homophobic slurs in conversation with the officers. He was wearing a T-shirt associated with the far-right "boogaloo movement," which advocates for a second Civil War, the affidavit said. Craighead nevertheless claimed no association with any extremist group.

A search of the truck uncovered "a box containing duck bones" and clippings of hair apparently belonging to Craighead, the interview summary stated.

Police also found a four small silver cans taped together that contained coins and playing dice, as well as what appeared to be dirt. In the door panel was a cardboard box with the word "bazooka" written on it, containing small glass containers of orange paint.

The agents also retrieved a journal hidden in the engine block, which included names, phone numbers, addresses and references to the "MK-Ultra Machine." MK-ULTRA was an experimental, Cold War-era CIA program focused on mind control.

Asked about the White supremacist symbols on his truck — which also included an Odin's cross and Norse runes, the affidavit said — Craighead allegedly told the agents he did not necessarily subscribe to Nazi ideology.

"However," authorities wrote, "he agreed with having the option of genocide for a certain group of people if they were to become brainwashed."