Studies Find Having COVID-19 May Protect Against Reinfection

The findings are “not a surprise ... but it’s really reassuring because it tells people that immunity to the virus is common"

Two new studies give encouraging evidence that having COVID-19 may offer some protection against future infections. Researchers found that people who made antibodies to the coronavirus were much less likely to test positive again for up to six months and maybe longer.

The results bode well for vaccines, which provoke the immune system to make antibodies — substances that attach to a virus and help it be eliminated.

Researchers found that people with antibodies from natural infections were “at much lower risk ... on the order of the same kind of protection you’d get from an effective vaccine,” of getting the virus again, said Dr. Ned Sharpless, director of the U.S. National Cancer Institute.

“It’s very, very rare” to get reinfected, he said.

The institute's study had nothing to do with cancer — many federal researchers have shifted to coronavirus work because of the pandemic.

Both studies used two types of tests. One is a blood test for antibodies, which can linger for many months after infection. The other type of test uses nasal or other samples to detect the virus itself or bits of it, suggesting current or recent infection.

One study, published Wednesday by the New England Journal of Medicine, involved more than 12,500 health workers at Oxford University Hospitals in the United Kingdom. Among the 1,265 who had coronavirus antibodies at the outset, only two had positive results on tests to detect active infection in the following six months and neither developed symptoms.

That contrasts with the 11,364 workers who initially did not have antibodies; 223 of them tested positive for infection in the roughly six months that followed.

As members of Congress like Sen. Marco Rubio and Rep. Alexandria Ocasio-Cortez have documented themselves getting the COVID-19 vaccine, many people are wondering why politicians get to cut the line ahead of health care professionals and other frontline workers. NBCLX's Noah Pransky discusses both sides of the debate.

The National Cancer Institute study involved more than 3 million people who had antibody tests from two private labs in the United States. Only 0.3% of those who initially had antibodies later tested positive for the coronavirus, compared with 3% of those who lacked such antibodies.

“It’s very gratifying” to see that the Oxford researchers saw the same risk reduction — 10 times less likely to have a second infection if antibodies were present, Sharpless said.

His institute’s report was posted on a website scientists use to share research and is under review at a major medical journal.

The findings are “not a surprise ... but it’s really reassuring because it tells people that immunity to the virus is common,” said Joshua Wolf, an infectious disease specialist at St. Jude Children’s Research Hospital in Memphis who had no role in either study. 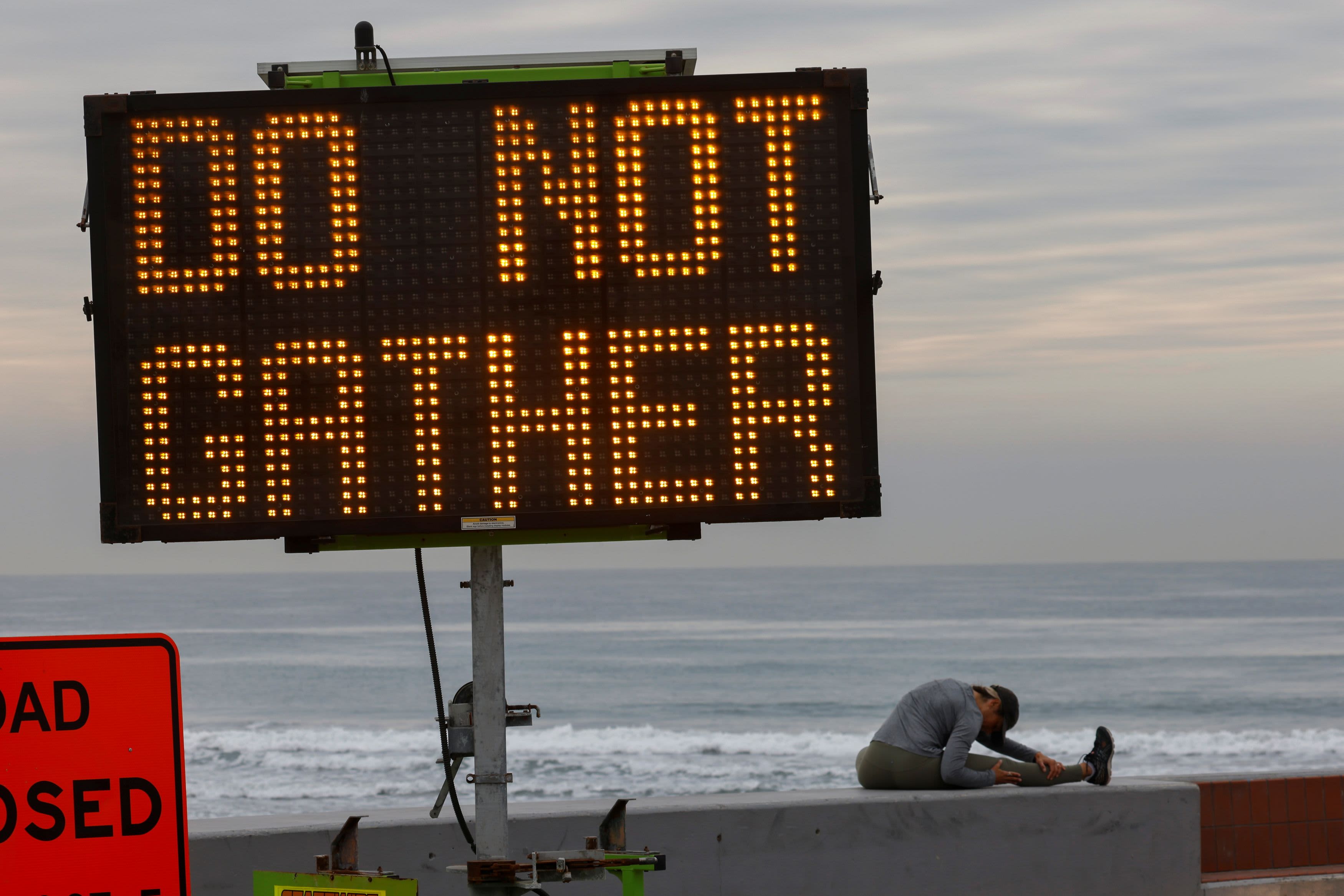 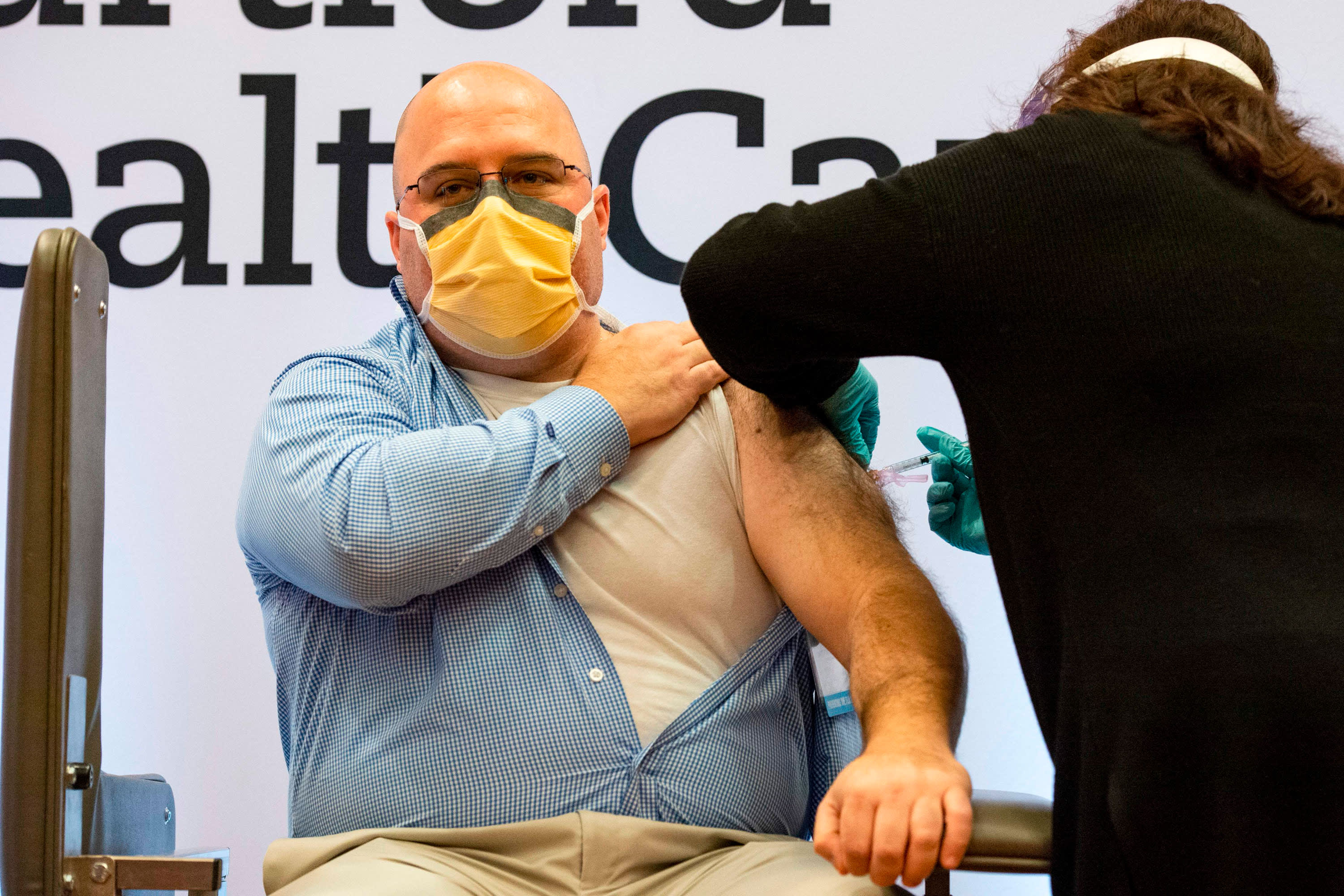 The U.S. Has Vaccinated Just 1 Million People Out of a Goal of 20 Million for December

Antibodies themselves may not be giving the protection, they might just be a sign that other parts of the immune system, such as T cells, are able to fight off any new exposures to the virus, he said.

“We don’t know how long-lasting this immunity is,” Wolf added. Cases of people getting COVID-19 more than once have been confirmed, so “people still need to protect themselves and others by preventing reinfection.”