Derrick Garforth, 34, Charlotte Whittingham, 28, and Mackenzie Innis, 26, were all charged with desecration of a grave/monument and conspiracy.

Three people who were allegedly involved in vandalizing the Christopher Columbus statue in Providence have been arrested and charged, police in Rhode Island say.

Derrick Garforth, 34, Charlotte Whittingham, 28, and Mackenzie Innis, 26, were all charged with desecration of a grave/monument, which is a felony, and conspiracy.

Providence police say detectives were conducting surveillance in the area of Reservoir Avenue at Elmwood Avenue, around 11 p.m. Friday, specifically paying attention to Columbus Square and the statue of Christopher Columbus.

According to authorities, the monument had recently been boarded up and fenced in due to the fear of vandals defacing or destroying it.

Around 1:25 a.m. Saturday, detectives saw a dark grey Honda Accord, with Massachusetts license plates, drive past them on Reservoir Avenue with its lights off and three people inside.

With its lights still off, the vehicle reappeared a short time later, police say.

Christopher Columbus Statues Across US 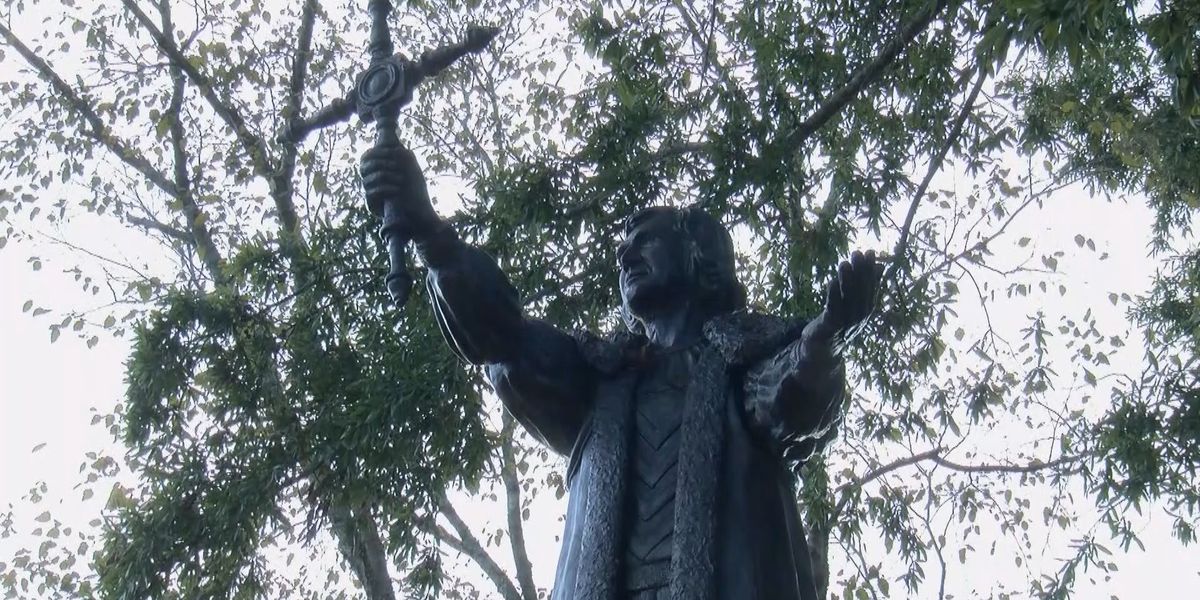 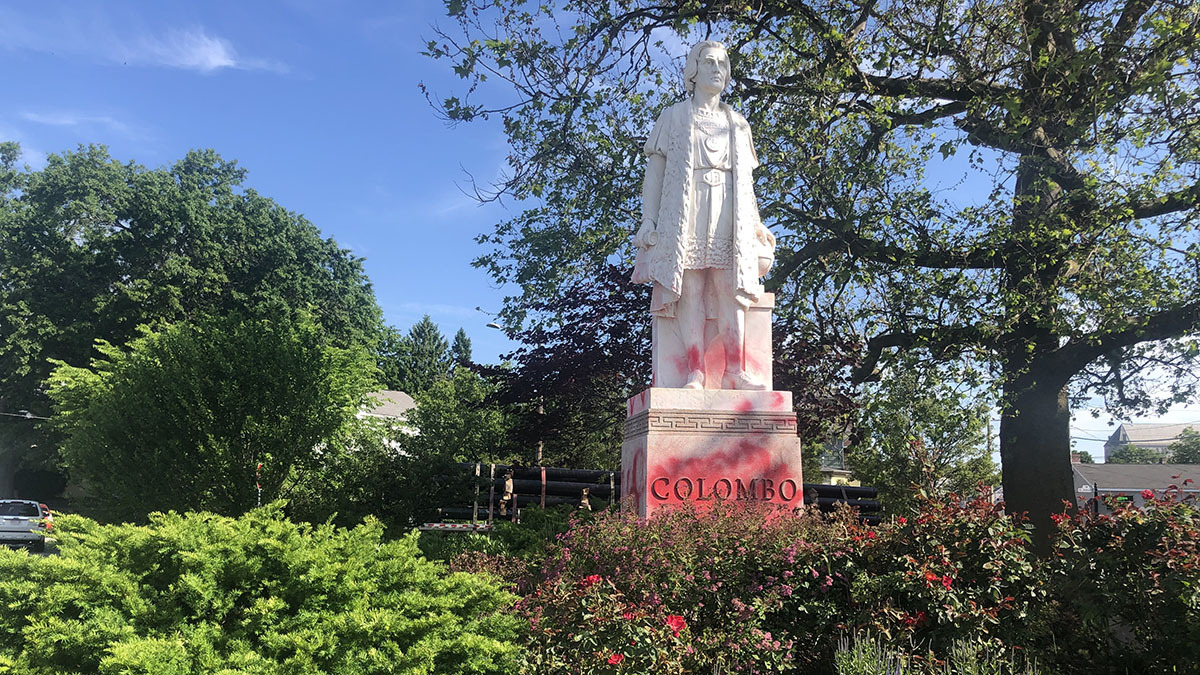 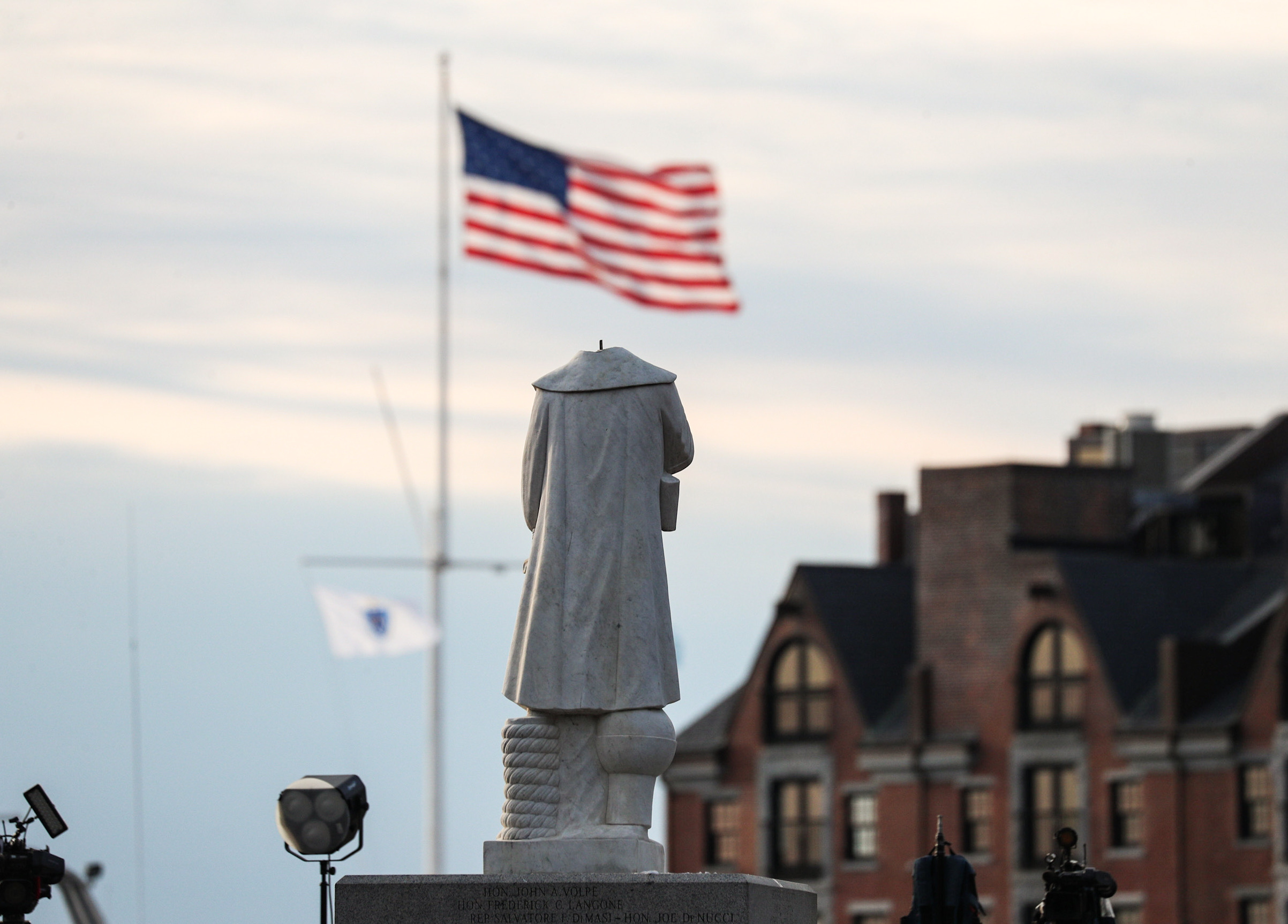 Beheaded Christopher Columbus Statue in Boston to Be Removed

Around 1:37 a.m., police saw a man and woman running across Elmwood Avenue towards Columbus Square. Both appeared to be carrying something in their hands, according to police.

After officers saw the pair launch objects toward the statue, they saw paint splatter on the surface protecting the monument.

Police say both suspects, later identified as Garforth and Whittingham, fled toward the rear lot of the Feinstein School, heading towards Ontario Street.

They were taken into custody as they exited the lot.

While Garforth and Whittingham were being arrested, authorities observed the suspects' vehicle driving slowly down Ontario Street towards Melrose Street. The vehicle then quickly looped around the block and drove past police on Ontario Street where it was stopped without incident.

Detectives later determined these colors were consistent with the paint colors at the original crime scene.

Garforth, Whittingham, and Innis were arraigned Saturday at the Public Safety Complex and released.

Statues of Columbus, who came to North America in 1492, have been torn down by protesters in other cities who said the explorer started European colonization which exploited and led to the deaths of millions of native people on the continent.

The head of a statue of Christopher Columbus in Boston's North End was vandalized overnight.