A 73-year-old Massachusetts man has been arrested for allegedly assaulting a 6-year-old child who was trick-or-treating.

At approximately 6:30 p.m., Walpole police were dispatched to a home at 10 David Circle after they received a call of a possible assault on a child. At the scene, the child’s mother told authorities that her son returned to her crying and screaming after he approached the home. The woman said her son claimed the man tried to "beat him up."

Officials spoke to the child, who was visibly upset and crying. The boy told them that the homeowner, later identified as Richard Lawlor, allegedly pushed him, knocked off his hat, pulled his hair and pinched him. The victim also said that Lawlor called him a “spoiled brat.”

How Do You #ExpressYourPride? Boston Pride Showcasing Creativity on Social Media 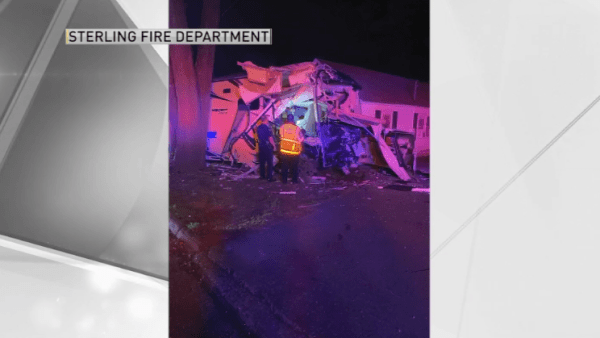 The child’s father also told police that Lawlor was hostile when he attempted to approach him. The boy’s father told officials that the suspect also threatened to attack him.

Lawlor was agitated at the police’s presence, according to officials. The suspect said the victim allegedly tried to get inside his house because he did not like the candy he was offering. In an effort to shoo the child, Lawlor said he pushed him away from his door. He denied pinching the boy and knocking his hat off.

When authorities instructed Lawlor to remove his hands from his pocket, the suspect stated he had a firearm on him. Police recovered a .380 caliber handgun loaded with six bullets from the suspect’s belt. Officials said they could smell alcohol on the suspect’s breath and Lawlor said he had two glasses of wine that afternoon.

Lawlor was charged with assault and battery and disturbing the peace. It is unclear if he has an attorney or when he'll be arraigned.