A New Hampshire man was arrested Wednesday after barricading himself and threatening people who came to check in on his well-being, according to authorities.

Manchester police say they were alerted to a situation on Krakow Avenue just before 11 a.m. where a man, later identified as 35-year-old Patrick Clark, was reported to be despondent and had made threats against a building manager and first responders.

Clark's mother was reportedly concerned for her son, so she contacted her son's property manager and asked if he could conduct a wellness check.

The manager spoke with Clark through the window, but Clark was reportedly speaking incoherently and appeared to be under the influence, which is when he threatened the manager and first responders if they tried to enter his apartment, according to police.

The manager backed away from the building and called the fire department, who then called police.

Police say SWAT personnel arrived on the scene and made contact with Clark, who repeatedly threatened them as they tried to get him out of the apartment, and eventually got him to leave after using tear gas.

Clark was then taken into custody and arrested. He's been charged with two counts of criminal threatening and one count of resisting arrest. 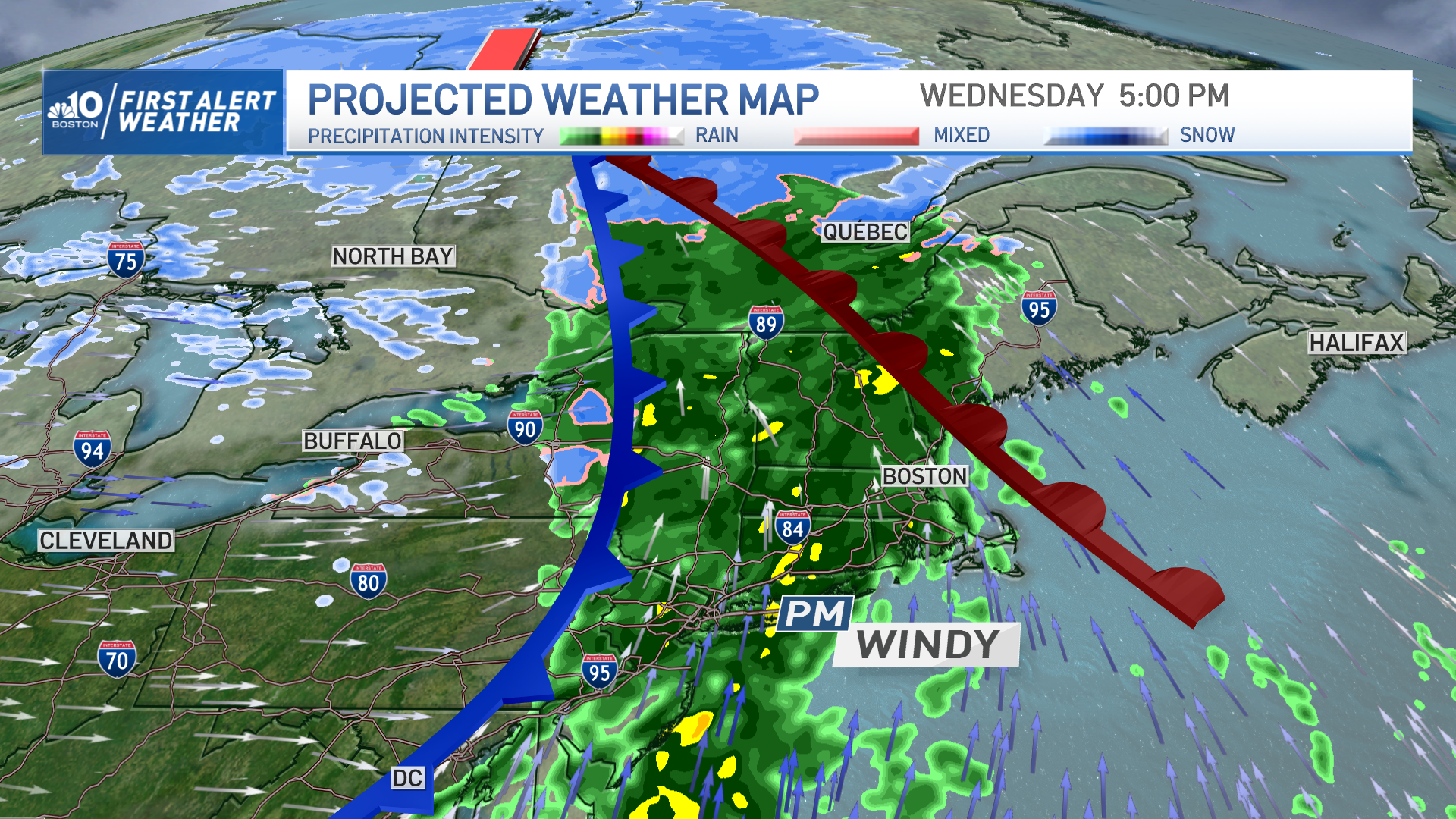 New England Cooling Off and Drying Out, Until Midweek Storm

He's due in court for his arraignment on June 2. It's unclear if he has an attorney.

Neighbors tell necn the man who was inside the house has threatened them several times before.