Vermont’s governor spoke to reporters Wednesday for the first time since announcing his veto of a bill that would have placed new restrictions on handgun purchases.

“I had to do what I thought was right,” Gov. Phil Scott, a Republican, told necn. “I don’t think this is the effective solution.”

The Vermont Senate bill that Scott vetoed would have made people buying handguns wait 24 hours before they could take their purchase home.

Advocates for a new gun waiting period in the state had told lawmakers in Montpelier the idea could save lives by giving people at risk of suicide a chance to cool off.

Rob and Alyssa Black of Essex lost their son, Andrew, to suicide, and believe had he just been forced to wait for the gun he bought, he could’ve come out of a deep funk. Andrew died just hours after his purchase.

The Blacks expect to keep pushing for reforms. 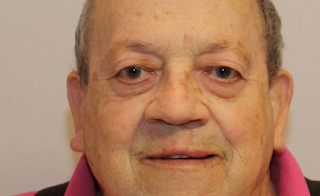 “All along, people keep calling us brave, and I’ve always discounted that,” Alyssa Black said in the Tuesday interview. “We’re doing this because it was the right thing to do. And I didn’t see that as bravery. But I will tell you, we have more bravery than Phil Scott has.”

The governor acknowledged to necn the disappointment the Blacks are feeling, expressing sympathy for their loss and saying he considered their input when he was weighing his decision on the bill that would have created a waiting period.

As for this week’s veto, the Republican questioned whether the bill would’ve really worked as described.

“A 24-hour waiting period for handguns only didn’t seem as though it would be that effective, so I had to make that decision,” Scott said.

The governor is now urging the state and the Legislature to do more to address the root causes of suicide and violence, and to strengthen mental health systems.