Reported violence against Asian Americans dropped for more than two decades, data shows. That changed in 2016, and the troubling trend has only intensified with more violent attacks

For the past few years, the fastest growing demographic group stateside was also becoming one of the highest profile targets for opportunistic hate crimes.

Asian Americans have long been subjected to bias in the United States. But anti-Asian bias attacks have taken a more violent turn since COVID became a reality for Americans under a president bent on scapegoating Asians for the pandemic.

The hurdle to keep families safe from COVID-19 while keeping the most vulnerable from physical harm became a particular burden on that community. That communal burden became a national reckoning as the murder of six women of Asian descent, among others, in Atlanta and four Sikhs among the victims in an Indianapolis FedEx shooting followed dozens of reported bias incidents from the start of the pandemic.

The number of incidents have only grown since then.

Jeung, a professor of Asian-American Studies at San Francisco State University, has seen how bias incidents and crimes rose against Asians and, in particular, the Asian elderly, since March 2020, when the pandemic first came to the United States. He is a cofounder of Stop AAPI Hate, a group dedicated to filling the gap in data related to bias incidents against Asian Americans.

“My research focus was on religion and justice, it wasn’t particularly on racism,” Jeung said. “But I just knew at the [start of the pandemic] that someone’s got to start tracking it.” “It’s just not a position I want to be in, having to document hate,” he said.

The latest statistics from Stop AAPI Hate showed that self-reported incidents of racism and hate crimes jumped from a cumulative 3,795 between March 2020 and February 2021 to 6,603 within just one month in March 2021.

While verbal harassment and incidents of shunning and avoidance dropped, there were more physical assaults.

Focus on unprovoked hate incidents against Asians came into national view weeks after the first case of the coronavirus was discovered in Wuhan and reported to the Chinese Center for Disease Control and Prevention. But bias attacks against Asians have been an issue since before the pandemic, and even before the Trump administration’s relationship with China turned sour.

Hate Crimes Against Asians Rise After Years of Decrease

Hate crime data collected by the FBI show reported hate crimes motivated by bias against Asians on the rise after years of decrease.

An offense counts each victim of a crime against a person. Incidents may involve more than one offense, victim or offender.
Source: FBI • Nina Lin / NBC

The rising number and severity of incidents extracted from media reports reflect that trend. For years, anti-Asian hate incidents reported on by the media were atypical events that stoked outrage and anger, but not sustained communal fear. An attack on four Chinese teenagers in 2006 with a steering wheel lock. A rash of attacks against women in Chinatown in 2015 caused by a disturbed man with a complex about his love life. The Asian owner and two employees of a buffet who died after an attacker stormed through the restaurant with a hammer in 2019.

That changed in February 2020, as videos and reports of Asians being attacked in public areas made their way around social media. Many of the incidents included slurs, references to race and to the coronavirus. The most horrifying incidents involve unprovoked attacks against the elderly.

Looking as far back as 2000, while searching for “Asian” "anti-Asian” “incident” or “hate crime” in US headlines, just one news report of an attack against an Asian person older than 61 surfaced, according to a data analysis by NBC. That attack happened in Los Angeles' Koreatown in 2017, when an 83-year-old woman known as the “neighborhood grandmother” was shoved head first onto the sidewalk during her daily greetings.

In 2020, using the same methodology, four reports of assaults against Asians older than 61 were covered by the media. In 2021, as of the time of publication, there were 27.

Attacks against Asians – particularly elderly Asian people – is a trend that researchers like Jeung only expect to see rise as the country emerges from the shadow of the pandemic.

“As more of the public is interacting and interfacing with Asians, we're seeing a continued rise in racism,” Jeung said. “It makes sense because there's all this pent-up economic distress, there's pent-up anger over the quarantine. There's still the continued scapegoating of Asians for the disease.” 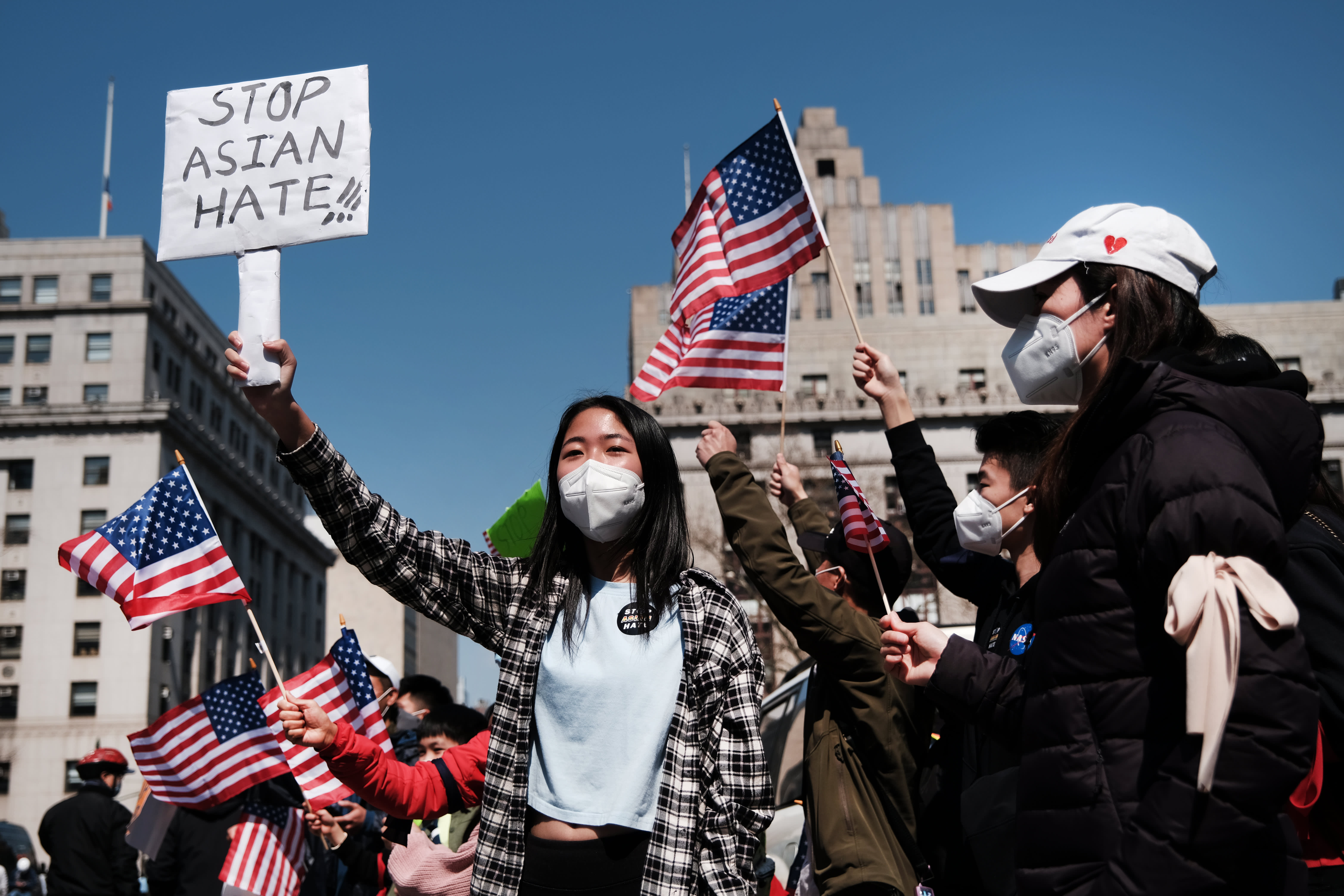 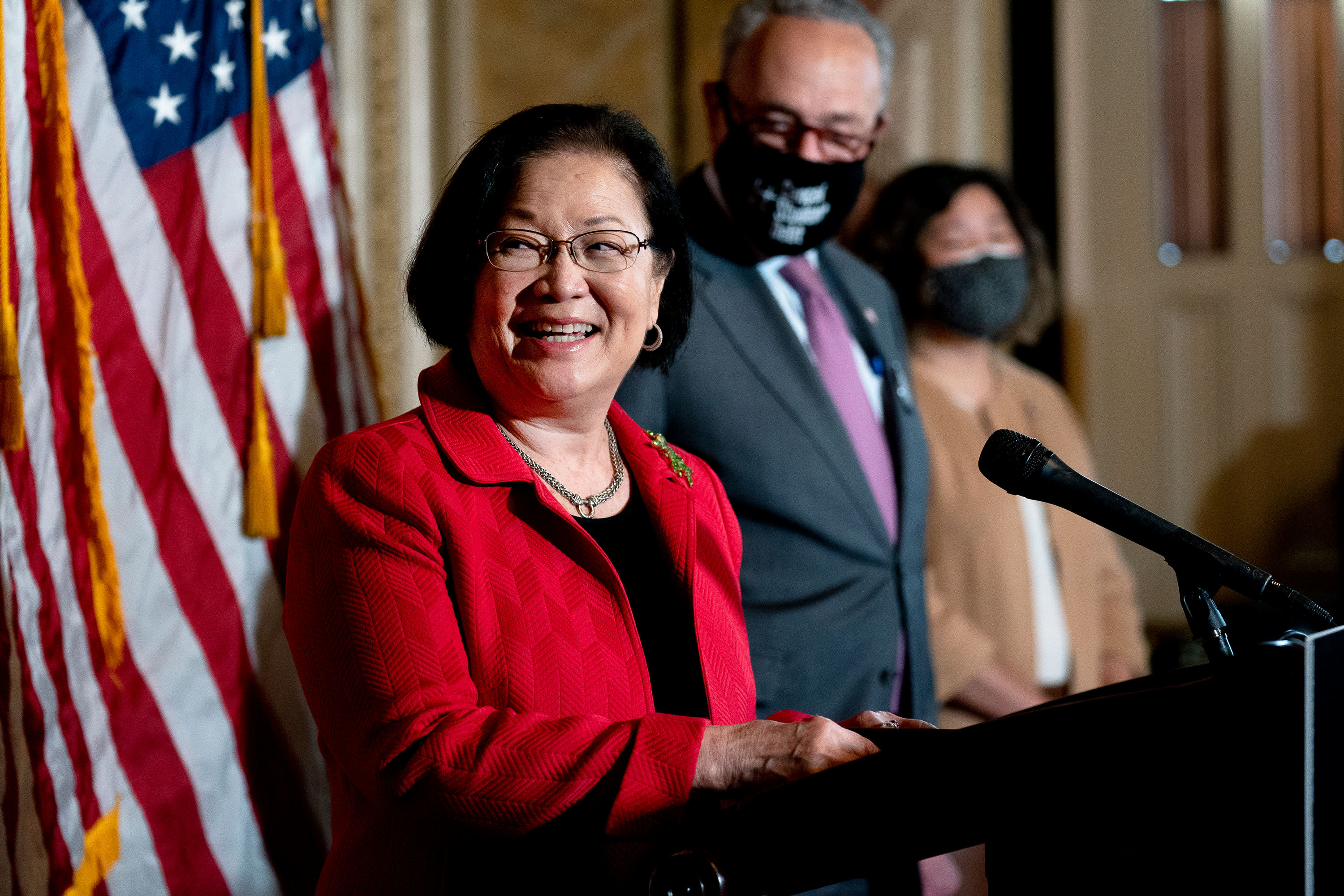