As Mauna Loa Erupts, Hawaii Officials Warn of ‘Pele's Hair.' Here's What It Is

As the world's largest active volcano continues to erupt on Hawaii's Big Island, residents near Mauna Loa are being warned of the dangers of falling ash, toxic gases and floating strands of "Pele’s hair."

When bubbles of hot lava burst and rapidly cool, it creates glass particles called “Pele's hair,” named after the Hawaiian goddess of volcanoes, according to the National Park Service. Strands of Pele’s hair can stretch out several feet in length, but are less than .001 millimeters thick.

These delicate golden strands of lava resemble human hair and can be airlifted easily downwind, often found in piles accumulated near volcanic summits around Hawaii. They form dense mats that are several inches deep.

And while fascinating to see, scientists warn that these glass strands are sharp and can easily become lodged in the skin or pierce one's eyes.

“You wouldn’t want to be digging your hands in it because you could get a cut,” said Aaron Pietruszka, an associate specialist at the University of Hawaii’s Department of Earth Sciences.

Dr. Libby Char, the director of the state Department of Health, said wearing N95 or KF94 mask would protect against these glass particles.

Pele, short for Pelehonuamea, is a native Hawaiian deity of volcanos. According to folktale, Pele lives in the crater at the summit of Kīlauea, another active volcano on the Big Island just east of Mauna Loa.

Mauna Loa began erupting Sunday, Nov. 27. Lava is oozing slowly from the volcano and was expected to reach a key highway this week, blocking the quickest route connecting two sides of the island.

Geologists with the Hawaiian Volcano Observatory said if Mauna Loa follows historical patterns, they expect the eruption to continue for one to two weeks. 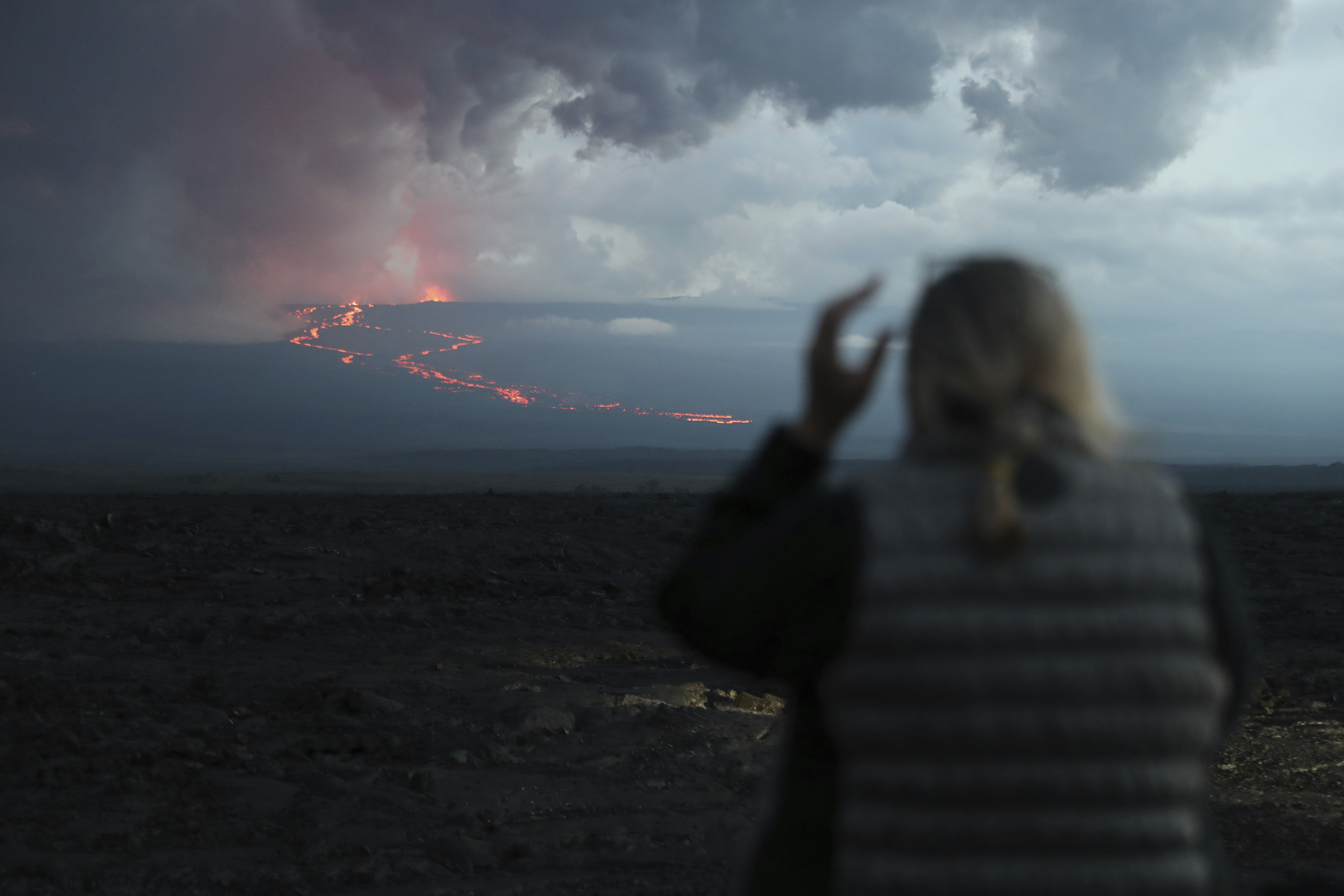 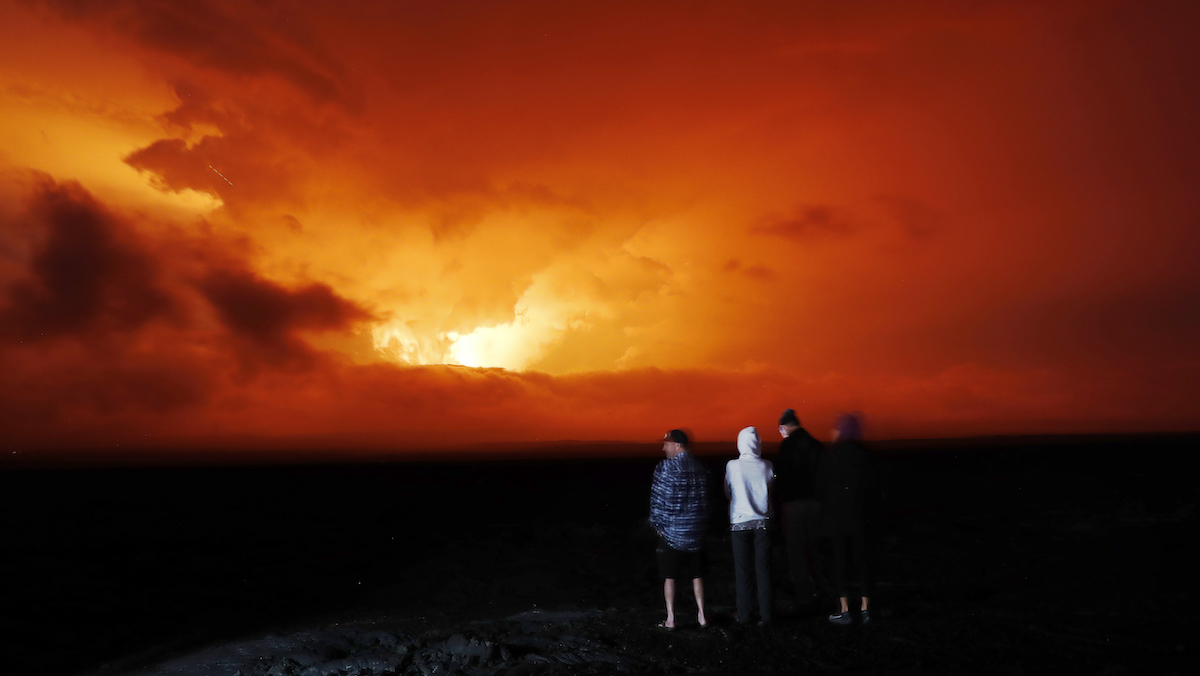