Watching people try new foods for the first time is always fun, and it's even more entertaining when the test subject is none other than "Wonder Woman 1984" star Gal Gadot.

Fallon, 46, challenged Gadot to chow down on Ho Hos, eggnog and Taco Bell during the segment, and she was quick to play favorites.

Gadot began by sipping on some eggnog, and she seemed a bit confused by the drink's name. "The egg is cooked? Like, it's OK, it's been pasteurized, right?" she asked Fallon, who reassured her that it was safe to drink. "You won't get clumps of egg in there," he said. 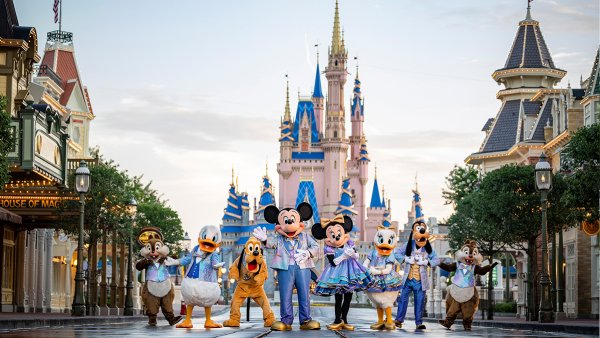 The actor didn't seem too impressed with the holiday drink, and said, "Maybe with rum it's better, but it's just very thick."

Up next, Gadot tried Ho Hos, that delicious prepackaged dessert children of all ages have adored for decades. She seemed to feel more optimistic about this experiment and said, "I like chocolate" before taking a bite.

"It's really sweet. It's good, it's soft, it's delicious. I enjoy it. I'm going to have another bite," she declared.

Fallon appeared to save the best for last, asking Gadot to try a taco from Taco Bell next. "I'm very excited about this. I cannot believe that you've never had this," he said.

As she took a bite, Gadot's eyes lit up and she said "mmm" before doing a little dance and giving the taco a thumbs-up. "This is the best so far: flavorful, salty, different textures," she said.

Fallon was excited to see the actor enjoy the fast-food chain's popular tacos and was amused by her reaction. "I almost want to play a replay of your face," he said. "I would never try to trick you, just so you know."

Gadot couldn't seem to get enough of the taco and promptly took another bite. "This is amazing! I can't believe I never tried it," she said.

Gadot wasn't the only one trying a few new foods during the segment; Fallon also noshed on a few Israeli delicacies at the actor's request. First he tried a bite of sufganiyot, a fried dough filled with jelly, and thoroughly enjoyed it.

"That is unbelievable. That is delicious. That's one of the best jelly doughnuts I've ever had. I will have another bite, I loved it," he said.

Next, Fallon had to eat some gefilte fish and he wasn't exactly thrilled about it. "I can't even say what it looks like," he said.

Gadot teased the talk show host and said, "I'll have the Taco Bell while you eat this." Then, after hesitating for a moment, Fallon took a bite and was pleasantly surprised.

"I like it. Not bad if they changed the way it looked and the packaging," he said.

This isn't the first time Gadot has experimented with food on Fallon's show. In 2017, the actor tried her very first Reese's Peanut Butter Cup during an appearance on the show.

"This is really good," she said at the time.