Richard Armendariz, 30, grew up in New Braunfels, Texas with his mom, brother and sister. He attended high school for two years, earned his GED and started his associate's degree at San Antonio Community College. After two years, he dropped out because he couldn't cover the cost of one of his textbooks.

"The textbook that got in my way was a psychology book. They wanted the 10th edition, and I bought the ninth edition. It was about $500. And at the time, I was 19 and I just couldn't afford it. I couldn't muster up the money to get it," he says. "I was very disappointed because I really, really wanted to get my associate's degree. I think I was maybe three credits away from it and it crushed me. It did. I didn't know what else to do and my girlfriend at the time, who's now my wife, she had just found out she was pregnant. So I really needed to push to get something done. I didn't want to not have a stable future."

When he dropped out of college, Armendariz remembers his high school classmates teasing him — saying that he "wouldn't amount to anything."

He picked up work for a swimming pool construction company and earned $8.50 an hour. After a year, his pay increased to $17.50 per hour but when the company faced financial difficulties, his pay was cut to $12 per hour.

Richard's mom recommended that he reconnect with his father, who he hadn't spoken to in years.

"I was pretty nervous," he says. "When I called my dad, I didn't know what to say so my icebreaker to my dad was 'Would you like to meet your grandson?'"

They met at a diner and his dad pointed him towards a plumbing apprenticeship. Ten years later, Armendariz is now a journeyman plumber, has two sons and earns over $105,000 per year. 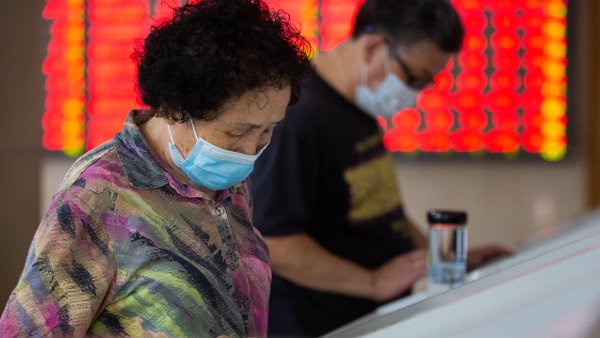 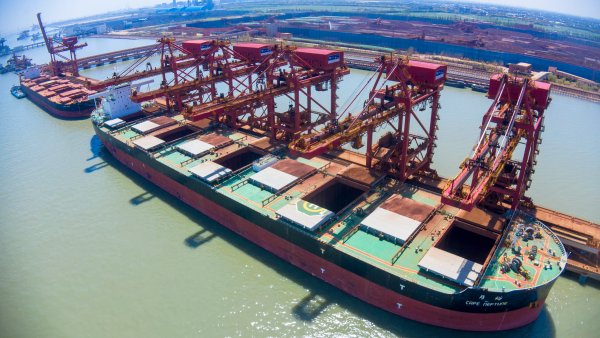 Shipping Prices May Be Heading Higher But Are ‘Not Super Yet,' Analysts Say

"The money is actually doing a lot of good for me and my family. My wife, she has to have a very, very expensive surgery coming up really soon," he says. "I've been able to put away enough for almost the entire surgery without insurance helping."

"I know money's not everything, but it helps."

When Armendariz started his plumbing apprenticeship, he earned $12 per hour, the same as when he was working in construction, but quickly began to earn more.

After two years, he earned his tradesman license. Two years after that, he became a journeyman.

"In Texas, the testing process is all in Austin," he says. "They have you do a whole bunch of things like solder, make glue joints, cut cast iron and they make sure you know all the codes."

Now, Armendariz is working towards his master plumber license and earns as much as $86 per hour working for Bluefrog Plumbing + Drain of San Antonio.

"A tradesman license allows you to work in residential [buildings], where journeyman allows you to do both residential and commercial and you can run job sites," he explains. "The master license here in Texas is more for if you're going to own your own company."

Armendariz works Monday through Friday and says no two days are exactly the same.

"We're dispatched from our house and they usually have the first customer ready for us by about 7:30. We'll leave our house about 7:30 and we get to their first job between eight or nine in the morning," he says. "Sometimes if you get stuck on a job, let's say you're on a job where a customer has no water, you can't really leave them without water. So we try our hardest to give them some kind of service before we can take a break."

Often, his schedule is hectic, leaving little time for meals.

"You fit food in when you can. Some days, we don't get lunch, sometimes we eat on the drive from one job to the other," says Armendariz. "I don't think customers really know that. I don't think that ever comes up."

While technical plumbing skills are a key part of his job, Armendariz says the rest of his time is spent comforting customers.

"A big part of our job is just consoling the customer. I would say that's probably good 60% to 70% of our work," he says. "It's very important that we have some kind of empathy for them because for us as plumbers, we see it every day. I leave one house and it's flooded. I go to another house and it's flooded. So for me, my work environment doesn't change. But for them, this is the end of the world as they know it."

This was particularly true in Feb. 2021, when a winter storm caused major power outages — and plumbing emergencies — across the state of Texas. Nearly 70% of Texans lost electrical power, and nearly 50% lost access to running water. In the cold temperatures, many Texans had pipes burst.

"When it started to freeze, everybody lost water. We were getting between 250 to 500 calls a day of people calling in saying, 'Hey, my water lines are frozen. I have a broken pipe, the house is flooding.' So we were trying to help people cut their water off," he says.

His own family had no water for days on end.

"We were out of water for about six or seven consecutive days. I was running service calls to help other people get water and I had none," says Armendariz. "I felt bad because I had no water so I couldn't take a shower."

The worst job Armendariz says he has ever been on involved six inches of sewage in an apartment complex, but his most memorable job started with a service request from one of his high school classmates.

"This young man had told me that I wasn't gonna amount to anything doing plumbing because he was going to college and he had these big visions of what he was going to do with his degrees," he says. "Several years later, he called me out for a service call."

Armendariz showed up to a massive property with multiple cars filling a wrap-around driveway.

"I was looking around and I said 'Man, you've done really well,'" says Armendariz. "And then I was asking him 'What do you do?' He said, 'Well, I'm the groundskeeper here.'"

Ultimately, Armendariz says he's grateful for the professional path that he has taken.

"I'm very glad I stuck with this career because it paid off," he says. "Plumbing, yes, there's money in it. But it's fun, I enjoy it. It's nice to go and help somebody. It feels good. It feels good to help somebody that just happens to make money doing it."