Grieving and Saying Goodbye in the Time of Coronavirus

Burials around the globe are going forward with nothing more than a priest, a funeral home employee and a single loved one

Tucked deep in the obituary for Charles Recka was an announcement that a Mass celebrating his 87 years of life "will be held at a later date."

Such notices are increasing amid the coronavirus pandemic, as an untold number of burials around the globe go forward with nothing more than a priest, a funeral home employee and a single loved one.

While in some places, bodies of people who have died from COVID-19 are stacking up at hospitals and people are buried quickly in the clothes they died in, Recka's death from an unrelated long illness tells a different story: One of families whose grief just happened to arrive amid a pandemic that has them terrified to even share a church pew with loved ones, let alone hug them.

Recka's daughter, Dawn Bouska, sees no choice but to prevent her twin 11-year-old boys and their 14-year-old sister from getting any closer to their grandmother than the other side of the window at the senior living center where she lives.

"I don’t know if these kids are carriers, (but) I can’t risk losing my mom," said Bouska, 52, of Naperville, Illinois. "At the time she needs to be hugging these kids more than ever it’s unsafe to do so." 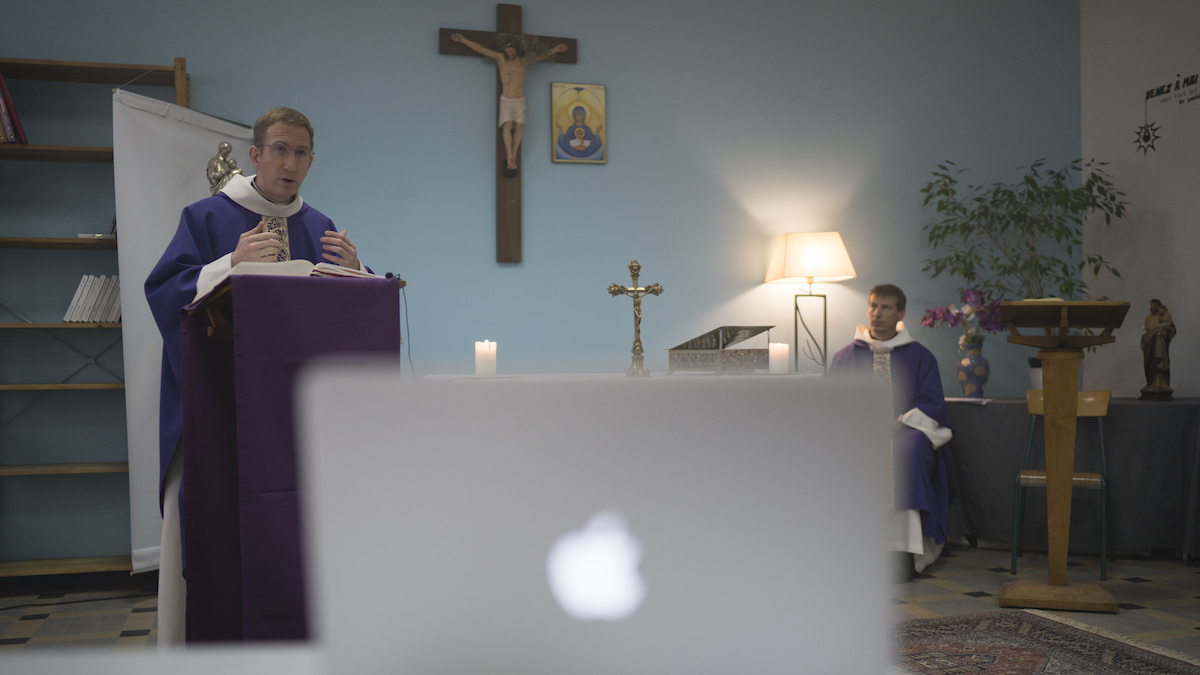 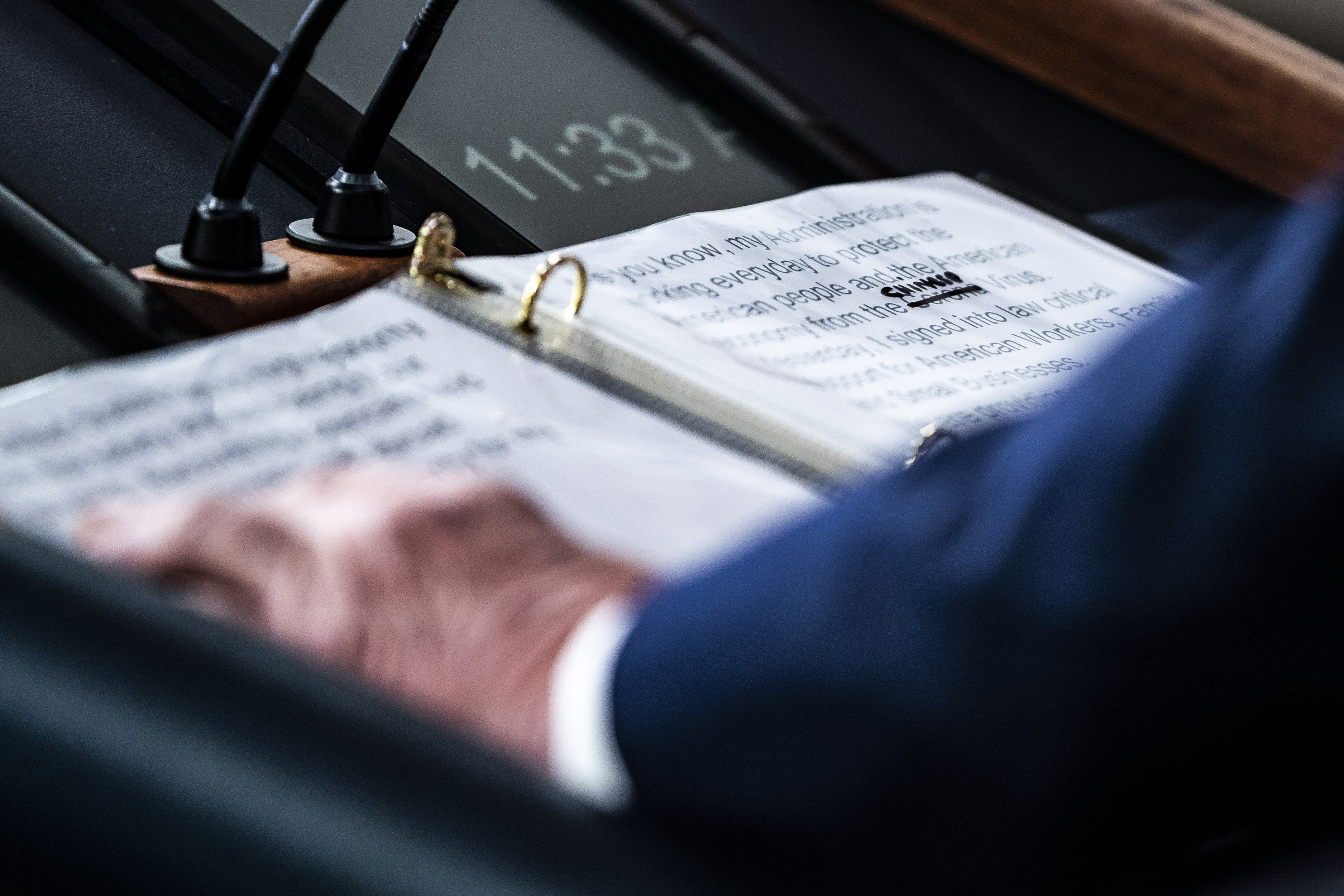 The Reason Viruses Aren't Named After Locations Is Because of Progress, Experts Say

Recka's experience is part of the new normal when it comes to funerals. Daughters of a retired police officer don’t dare get on a plane to fly to Chicago for his funeral out of fear they could be separated from their children for weeks if they are placed under quarantine. Some veterans cemeteries in the U.S. have stopped holding memorial services altogether, after first telling older veterans to stay away.

When services are held, families are left to decide which few relatives should be allowed to attend. In parts of Italy hardest hit by the virus, funerals, witnessed by a relative or two, last five minutes and end without any embraces, just the few people who were there hurrying back to their cars.

Some cemeteries aren't allowing any graveside services at all.

"We just take deceased up to the grave and bury them," said Terry Harmon, owner of Chapman Funeral Home in Orange, California, where a nearby cemetery recently said burials would be attended by one relative and one clergy.

For David Cerqua, it means the children and grandchildren of his brother, Dennis, who died March 14 after a long bout with cancer, won’t see the funeral. Plans had called for the appearance of honor guards from two police departments where he once worked and the U.S. Coast Guard Auxiliary, where he once served as a flotilla commander.

"For them not to see how those organizations honor their father is tough," said Cerqua, who drove from Texas to Illinois to be with his brother's widow. "It’s heartbreaking."

"His oldest daughter in Arizona has a daughter with special needs and her husband's a paramedic" who must stay home, he said. "She can't bring her daughter because she worries if she gets quarantined she could run out of medicine she needs (and) if she's gone and her husband gets called out they can't leave their daughter by herself."

The Rev. Marshall Hatch, a minister in Chicago, decided to stop presiding over funerals after a service at his church attracted 400 people. In the ensuing days, as the government kept reducing the number of people allowed at public events, he couldn't shake the memory of all those mourners hugging each other.

"I thought, 'What did we just do?’" Hatch said, a day before officials in Georgia said they had evidence of an unspecified number of infections linked to two funerals.

The World Health Organization made a plea for solidarity between age groups to make sure young people understand they are not invincible when it comes to the coronavirus pandemic and how they can put others at risk.

Some funerals are being delayed altogether. Country singer Reba McEntire recently postponed one for her mother, posting on social media that "we will continue to monitor the situation and let you know as soon as possible about future plans to celebrate her life."

When singer Kenny Rogers died Friday, his family posted a statement saying it planned a private service, with a public memorial to be held at a later date.

Others have come up with different solutions.

A funeral home in Jackson, Tennessee, pulled out many chairs to encourage social distancing. A note encourages mourners to use their own pens to sign guest books.

A Bristol, Va., man decided to put his Christmas lights back up to cheer people up during the coronavirus pandemic. "If I'm driving by, it makes me excited, so imagine what a kid is going to be like if they see this popping up," he said.

In San Antonio, mourners can drive by Mission Park Funeral Chapels and Cemeteries, look inside to see family members and the casket or urn, paying their respects from their cars.

"There's no playbook for this," Simpson said.

Jill Wine-Banks, an author from Chicago, said she and a group of friends had a meal delivered to a college friend whose husband died after his small, family-only funeral.

"It's terrible when you need a community that you cannot have a community," she said. "I'm talking to my friend every day. That's not the same thing as giving her a hug."

For Dawn Bouska, whose hopes of being with her 85-year-old mother for a prayer service vanished with a notice that all the residents in her mother's senior living facility must stay in their rooms and can't have guests, there is only worry for her mother and little gestures like buying dice so her mother could play Yahtzee with the family via FaceTime.

"This is a worrisome change for my family as now my mom truly will be alone," she wrote in an email.

"We still have each other,'' Recka said. "God knows what he's doing."