Officials in Rhode Island on Monday said the state was shifting to a "gentler" coronavirus test to encourage more people to get tested for the virus.

In a news conference, health director Nicole Alexander-Scott said the state was shifting away from longer swabs that reach the back of the throat through the nostril to a "regular" nasal swab that only accesses the front of the nose.

While Alexander-Scott said the longer swabs provide more accurate results, a testing task force had determined it was acceptable to switch to the more comfortable test.

Gov. Gina Raimondo said the state is encouraging all people to get tested, regardless of whether they have symptoms, and that a more comfortable test could help such efforts.

The governor said some 20 percent of the state's residents had been tested, a percentage she said leads the nation. She said she planned to "lean in" to testing to keep the virus at bay.

During a news conference, Raimondo said some 40,000 people visited state beaches over the weekend, which featured steamy weather. The governor said while the weekend was largely incident-free, park rangers did need to break up large congregations of people.

Raimondo said some people became "hot tempered" when asked to spread out. 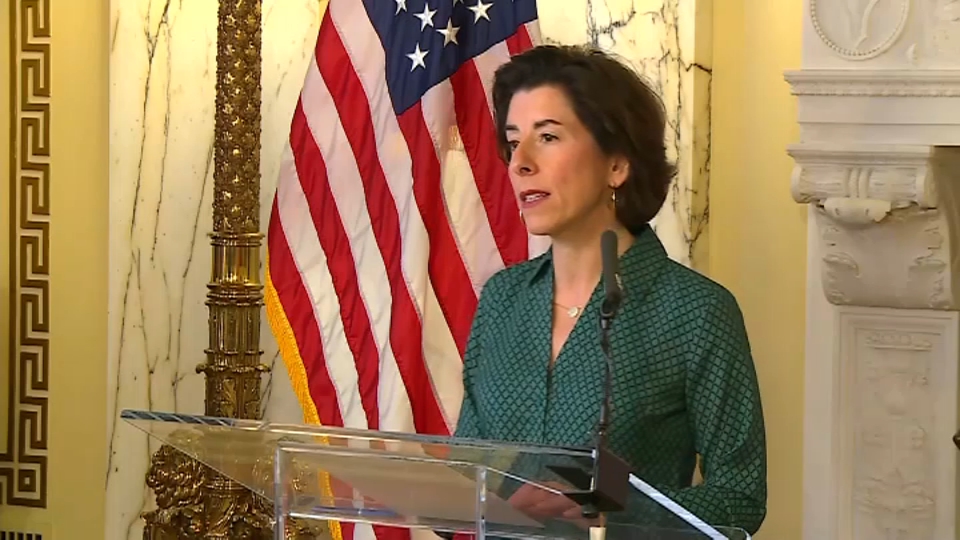 The state is currently in Phase 2 of its reopening process, during which the limit on outdoor gatherings is 15 people.

"I know it's inconvenient. I'm asking you to be patient and understanding," she said, urging people to remain "courteous" to park rangers.

She urged beachgoers to wear masks in instances when they cannot remain "reliably distant" from others, adding that many people did not wear masks at pavilion areas.

The remarks came as the state prepares to enter Phase 3 of its reopening plan, which is expected to begin around June 29.

On Monday, the state's death toll from the coronavirus reached 903 as health officials announced five additional fatalities. The state has reported 16,459 cases overall.

Meanwhile, Raimondo said people had donated some $41,000 to the "weR1 Rhode Island Fund," which aims to assist undocumented residents struggling amid the pandemic.

The assistance comes in the form of $400 debit cards for people struggling financially. Those who which to donate can text "weR1" to 27126.

The fund is a collaborative effort between government, community, and philanthropic organizations to raise $3 million. For more information about the fund, visit www.diiri.org or call 401-784-8600.