Meanwhile, on Tuesday, Gov. Baker will join other state leaders for a ceremonial signing of the newly passed state law that protects reproductive healthcare

Baker sent back the bill calling for foundational local and regional public health standards and regular state funding to health boards (H 5104). The bill's supporters say it aims to ensure that everyone has access to quality services, regardlesss of where they live, with House Speaker Ron Mariano saying the COVID-19 pandemic had highlighted "the regional and racial inequity that exists within our public health infrastructure."

Baker's amendment would would allow cities and towns to opt in to the new epidemiology, investigation, credentialing, data-collection and other standards. Municipalities could only access Department of Public Health aid toward those new baselines if they maintain the funding they contribute to public health programs at the same level as the most recent year before they adopt the standards.

"I strongly support the aim of this bill, which is to provide high-quality, coordinated and more uniform public health services across the Commonwealth, supported by targeted state investments," Baker wrote. "However, this legislation requires all local boards of health to comply with the new foundational standards that will be set by DPH, whether or not state funding is provided. While the bill clearly contemplates the provision of state support for boards to implement these standards, such funding is not guaranteed."

The House and Senate rushed the bill to Baker's desk during the last week in July, passing it on consecutive days in both branches. While the unanimous votes suggest it might be possible for lawmakers to work with the governor on the bill this session, Baker in his amendment letter also suggested a path for next session.

"I remain concerned that changing the funding structure for local boards of health will produce only limited improvement in effectiveness if the Legislature also does not reconsider the variety and breadth of governance structures that are present in our local board of health," Baker wrote. "The experience of COVID-19 over the past two and a half years has highlighted the challenges that the current structure presents to delivering an effective and coordinated, statewide public health response. I urge the Legislature to prioritize that issue in the next legislative session."

The governor also vetoed another bill just after 5 p.m. Monday that would have allowed school nurses to delegate authority to administer glucose monitoring tests or insulin delivery systems to students who are unable to self-administer.

Baker wrote that the administration of insulin "requires specific dosages that are determined through calculations based on food consumption and blood sugar levels at the moment of administration" and said that the Institute for Safe Medications has identified insulin as "high risk," or "indicating a heightened risk of significant patient harm when used in error."

"Because of this level of complexity and the clinical assessment skills needed, allowing the delegation of insulin administration to unlicensed school personnel would create an unnecessary risk of error which could lead to serious injury or even death for a student with diabetes," Baker wrote. "In general, the Department of Public Health does not allow school nurses to delegate the administration of medications other than those administered by mouth or topically because of the special training required to administer these medications."

The House and Senate also sped the insulin delivery bill to Baker on voice votes during its last week of July. Because they waited to send Baker the bill until just before formal sessions ended, Democratic legislative leaders didn't leave themselves time to attempt to override the governor's veto.

The bill is based on a Rep. Frank Moran of Lawrence bill (H 665) governing diabetes management in schools, legislation that was endorsed last year by the Joint Committee on Education and then the Joint Committee on Health Care Financing. Sen. Sal DiDomenico is the sponsor of the Senate version of the bill (S 315).

On Tuesday, Gov. Baker will join other state leaders for a ceremonial signing of the newly passed state law that protects reproductive healthcare. The governor first signed the legislation at the end of July. 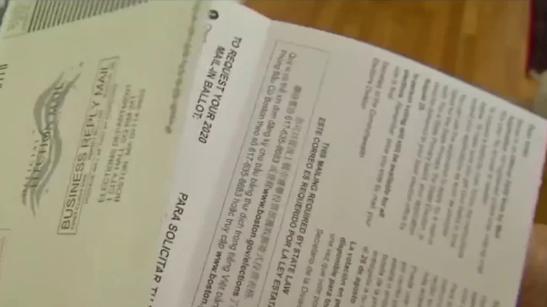