A utility company has pleaded guilty to causing a series of natural gas explosions in Massachusetts that killed one person and damaged dozens of homes.

Columbia Gas of Massachusetts' president entered the plea in Boston's federal court on Monday on behalf of the company responsible for the blasts that tore through three communities in the Merrimack Valley, north of Boston, in September 2018.

As part of the plea agreement, Columbia Gas of Massachusetts will pay a $53 million for violating the Pipeline Safety Act. It's the largest criminal fine ever imposed under the pipeline safety law.

Sentencing is set for April 6, at which time anyone impacted by the explosions will be allowed to share victim impact statements. 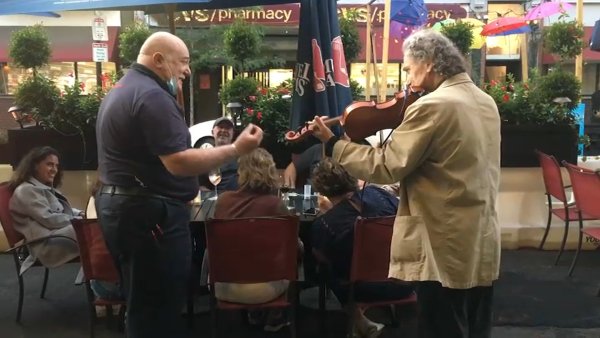 A whistleblower says he warned his company of potential problems before the Merrimack Valley gas explosions.

The disaster killed one person and left more than 20 people injured while thousands were displaced from their homes. Most of the $53 million will be directed to the justice department’s crime victim’s fund.

Eversource says it has reached an agreement to purchase Columbia Gas from its parent company NiSource for $1.1 billion.

NiSource has also agreed to forfeit any profit from its sale.

Columbia Gas will pay a $53 million criminal fine for breaking a federal pipeline safety law and plead guilty to causing a series of natural gas explosions in Massachusetts that killed one person and damaged dozens of homes, federal officials announced Wednesday.

The Sept, 13, 2018, gas explosions killed 18-year-old Leonel Rondon and injured 25 others, set more than 100 homes on fire and displaced 8,000 people in Andover, North Andover and Lawrence.

Many people were without gas, including heat and hot water, throughout last winter. Residents were given space heaters and hotplates while crews worked to restore 48 miles of pipeline.