A Boston judge on Thursday said she would consider an injunction request from embattled Boston Police Commissioner Dennis White, who is seeking to pause Mayor Kim Janey's efforts to fire him.

During a hearing on White's request for a preliminary injunction, attorney Nick Carter argued his client can't be fired because former Boston Mayor Marty Walsh knew about domestic violence allegations against him at the time he was appointed commissioner.

Kay Hodge, the attorney for the city, however, argued that a process exists for removal, "which is notice and an opportunity to speak to the mayor in this case and to explain.”

Suffolk Superior Court Judge Heidi Brieger said she would take the motion under advisement, meaning a decision had yet to be made on whether Janey is allowed to fire White.

White is seeking to pause Mayor Kim Janey's efforts to fire him.

Janey said she respected Brieger’s decision to take more time before issuing a ruling in this case.

"The people of Boston and the Boston Police Department deserve leadership that shares our goal of safety, healing, and justice. We look forward to the court’s ruling," Janey said in a statement.

William Gross, the former Boston police commissioner, said in an affidavit that Walsh would have known about the allegations because he reviewed White's nomination for a command staff post in 2014, and his internal affairs file would have been included in it. But Walsh on Wednesday reiterated a previous denial that he'd known about the allegations.

White was placed on leave in February, shortly after Walsh appointed him as police commissioner, over allegations that White pushed and threatened to shoot his then wife, a fellow police officer, which White denies.

White's attorney went to court last week to stop Kim Janey, who replaced Walsh as mayor last month after Walsh was confirmed as U.S. secretary of Labor, from removing him as commissioner.

Gross said in the affidavit that the mayor was briefed on the internal affairs files of all people nominated for the Boston Police Department's command staff, its leadership group: "There is no way anyone is brought onto the Command Staff without such a briefing to the Mayor and approval by the Mayor."

In his own affidavit, White also says his internal affairs file was reviewed as part of the process.

But Walsh said in a statement Wednesday evening that he never received the allegations or internal affairs files while considering White for promotions, and that he'd have held off appointing him if he did.

"As I said on February 3, I was not aware of these serious allegations until after I appointed White as police commissioner. Neither the allegations nor the internal affairs files were shared with me in 2014, or during any other consideration of Dennis White. Had I known, I would not have chosen him for police commissioner or any other role," Walsh said.

When he announced he was putting White on leave in February, Walsh had said, "These disturbing issues were not known to me or my staff, but should have been at the forefront."

How did domestic violence allegations against new Boston police Commissioner Dennis White, who is now on leave, slip through the cracks while he was being vetted?

William Evans, who was commissioner when White was nominated to the command staff, maintains that neither he nor Walsh knew of the allegations. However, his predecessor, Ed Davis, told the Boston Globe that the process that Gross "described is consistent with the way I operated."

"Mayor Walsh nor I had any prior knowledge of his prior disturbing domestic violence history," Evans said in a statement. "Mayor Walsh was never briefed on it nor I made aware of that back in 2014. It's troubling to me they would say that under oath when they know that’s not accurate."

NBC10 Boston legal analyst Michael Coyne said it was expected that no decision was made immediately in a case like this one, "where the facts are in sharp dispute."

He pointed out that either Walsh knew or didn't know about the allegations, and because of that, he believes there will be more to come, with an evidentiary hearing, that may include the former mayor giving testimony under oath.

After the allegations — investigated decades ago by the Boston Police Department's internal affairs office — came to light this year, they were investigated by city lawyers. White was never charged and has repeatedly denied wrongdoing, including in his affidavit.

Still, Janey said last week the investigation uncovered "a culture of fear and silence" within the Boston Police Department, with many officers refusing to speak with the people looking into the allegations.

"This investigation of Dennis White reveals a flawed process and a misguided department culture. It is clear from the report that we have to move in a different direction," Janey said.

She said she told the commissioner that the department needs to move in a different direction. Janey also told reporters she can't name a new commissioner until the legal situation involving White is resolved.

A hearing in White's civil lawsuit is scheduled for 10 a.m. Thursday.

In his affidavit, White argues he deserves the chance to have a hearing where he can restore his damaged reputation.

"I believe I am entitled to a hearing before this Court where I can present evidence, including witnesses, and can confront and cross-examine any witnesses against me in order to challenge my termination and to restore my reputation," he said in the affidavit.

More on the Dennis White Investigation 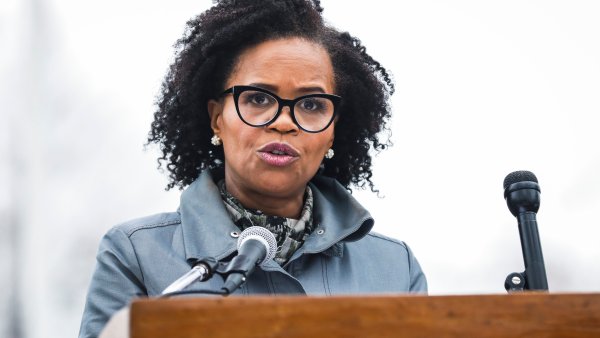 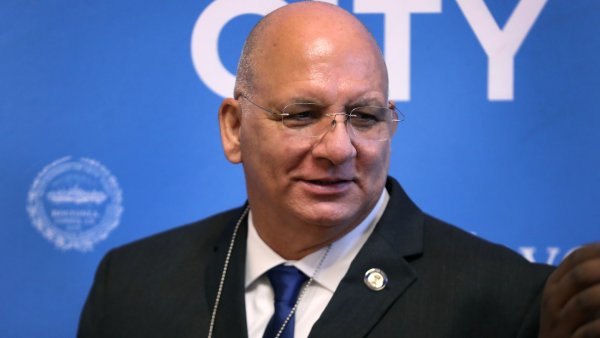